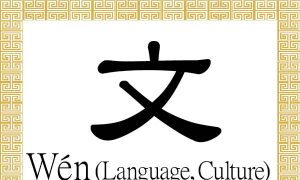 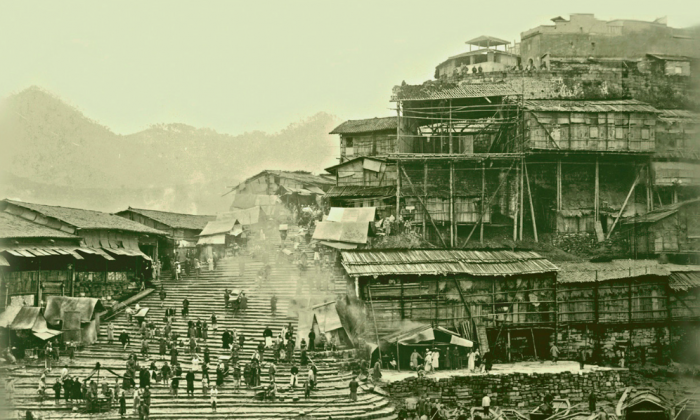 A view of a section along the Yangtze River, China, c. 1920s. (Collection of Peter Shay)
Arts & Culture

“Out with the old, in with the new” has been the Chinese communist regime’s general attitude toward the country’s architectural heritage.

In recent memory, there was the tearing down of Old Beijing to build a shiny steel Olympic stadium for the 2008 games, and the numerous forced demolitions of citizens’ houses to make way for high-rises. In not-too-distant memory, China saw the erasure of thousands of temples and relics at the hands of the People’s Liberation Army during the Cultural Revolution. This process of eliminating the past continues today in areas like Tibet.

However, the architectural icons that remain continue to attract visitors as tourist destinations, inspiring inquiry into China’s rich and varied history.

Manhattan-based photographer Peter Shay fell in love with the built culture of ancient China during his first visit to the Great Wall in 2007.

Fed up by the glut of tourists at Badaling, the most-visited part of the wall, he sought the help of local guides to explore Simatai, a northern section.

“It was there that I became mesmerized with the magnificence of China’s Great Wall …” he wrote in an email. “Looking out far into the distance I felt the presence of the ancient builders working under extreme conditions, and of warriors armed with arrows and swords inhabiting the towers in defense of invading foreign forces. It became, for me, a living fantasy that enabled me to escape from the reality of a broken down set of rocks and stone.”

Shay amassed about 500 photographs of architecture taken mostly by Japanese documentarians in the 1920s and ’30s. He ascertained that at least 70 of the structures still existed, and decided to try to locate and photograph them from the same views as shown in the vintage shots.

Chasing this living fantasy required three separate trips to 15 cities all across China, and it resulted in his book “Photographing Chinese Architecture, A Century of Change,” which is now available on Amazon Kindle and Apple iTunes.

A Century of Change

On each facing page, the way it was then is juxtaposed with the way it is now. In large part, the bridges, pagodas, and pavilions still exist more or less in the same form. Some are worse for wear; others obviously were gussied up with landscaping, paint jobs, and railings to keep visitors from touching them.

There’s a homogeneity in some of the contemporary shots—cleanly paved, with smog-shrouded high-rises poking out from the background. The toll of commercialization and environmental degradation are visible as well. One spot on the Yangtze waterfront was home to a small fishing village nestled amid abundant greenery. Today a huge barge transporting thousands of neatly cut logs floats past a mega-sized restaurant advertising “Yangtze Home-Cooked Fish” in red block characters.

It’s clear in all these photos that the old country used to be a quieter place—both literally and psychologically. More meditative spaces, less commerce. Temples didn’t have ground-floor cafés or gift shops back then. Now, even though the size of the physical buildings themselves hasn’t changed, they seem to have shrunk in social importance as society seems to look increasingly toward the future rather than the past.

Yet as Shay discovered, local enthusiasm for cultural relics is still alive in individuals.

He said that his most memorable interaction with a local citizen was with Mr. Hou Qingshan, whose farm, set in a valley about 78 miles (125 km) northeast of central Beijing, had a stunning view of the Great Wall at Jinshanling.

“Unofficially, Mr. Hou acts as the self-appointed guardian of this remote section of the Great Wall,” Shay explained. “At the rear of his property, he led me on a steep path of packed dirt and large stones that he himself had crafted in order to access the wall, enabling him to maintain it and protect it from foreign elements. Seeing the photo that I had brought with me to photograph, his eyes glowed with excitement … For me, the gratitude I felt was beyond anything I had experienced during all twelve weeks of travel in China.”

He also remembers the “overwhelming help and cooperation of local citizens, taxi drivers, and governmental employees who sensed my passion for their heritage and generously offered me invaluable assistance in locating the old structures.”

Shay is optimistic that tourism will help in the preservation of these historic places, and encourage locals, governments, and visitors alike to appreciate their intrinsic value. He believes that economic opportunity and a respect for cultural heritage are not in opposition to each other, but that, in harmony, they can result in a “balanced society.”

“My personal hopes for China’s architectural and artistic heritage is that the citizens and governments of China, now and in the future, will see the importance of education and pass down the experiences of past and present so that future generations will understand, appreciate, respect, and protect the unique cultural heritage that exists within its borders.”