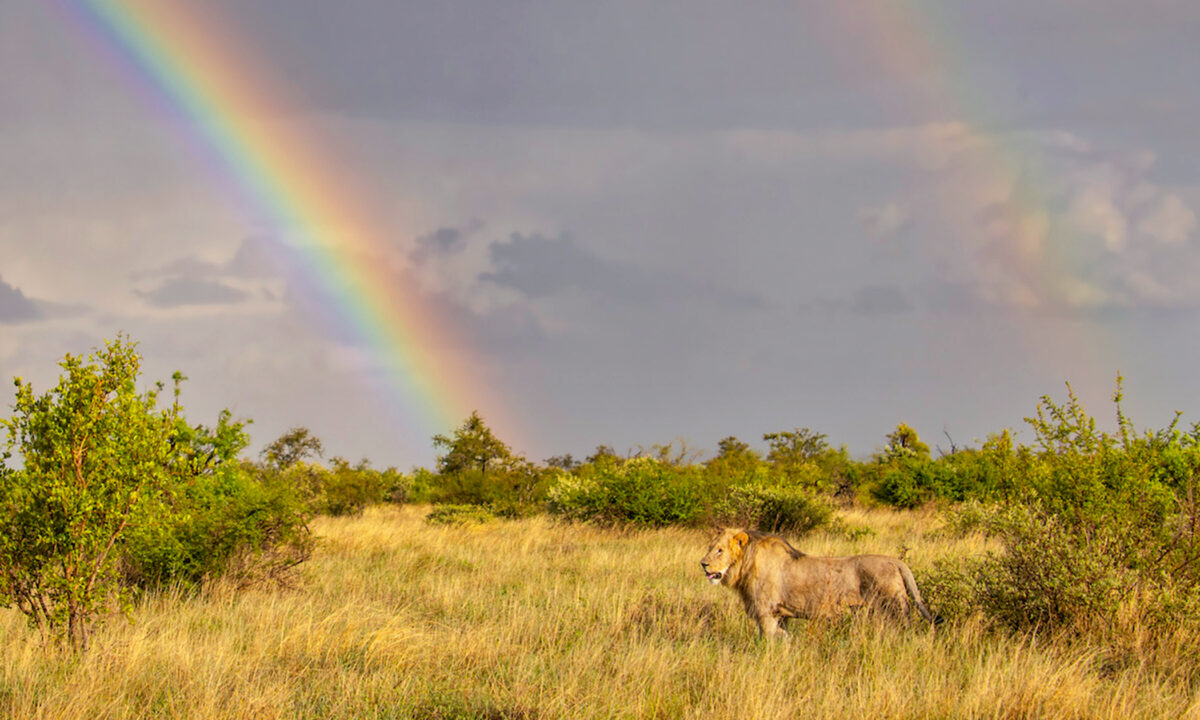 A series of amazing pictures perfectly capture the moment a lion lays out in front of a rainbow.

According to Kevin, a male lion was enjoying the cool weather and the rainstorm whilst a rainbow formed just behind him.

“He looked to the rainbow as if he was enjoying its beauty,” Kevin said

During his visit, Kevin stayed with the lions for approximately one hour.

“I spend hours patiently awaiting special moments when photographing wildlife,” Kevin said. “When this rainbow appeared, I knew it was a very special moment and probably a once-in-a-lifetime sighting.”

Kevin has been recognized for his work in the wildlife photography arena. He was selected to represent the USA Team in 2017 in the Professional Photographic World Cup in which the United States won. According to Idube Photo Safaris, a company that he co-founded, Kevin’s passion for capturing intense moments in animal behavior has earned him various accolades, including the top 40 international photographers of Africa Geographic, Wildlife On The Move, and more.

He is also a qualified South Africa Field Guide, which enables him to teach wildlife lessons as well as photography.