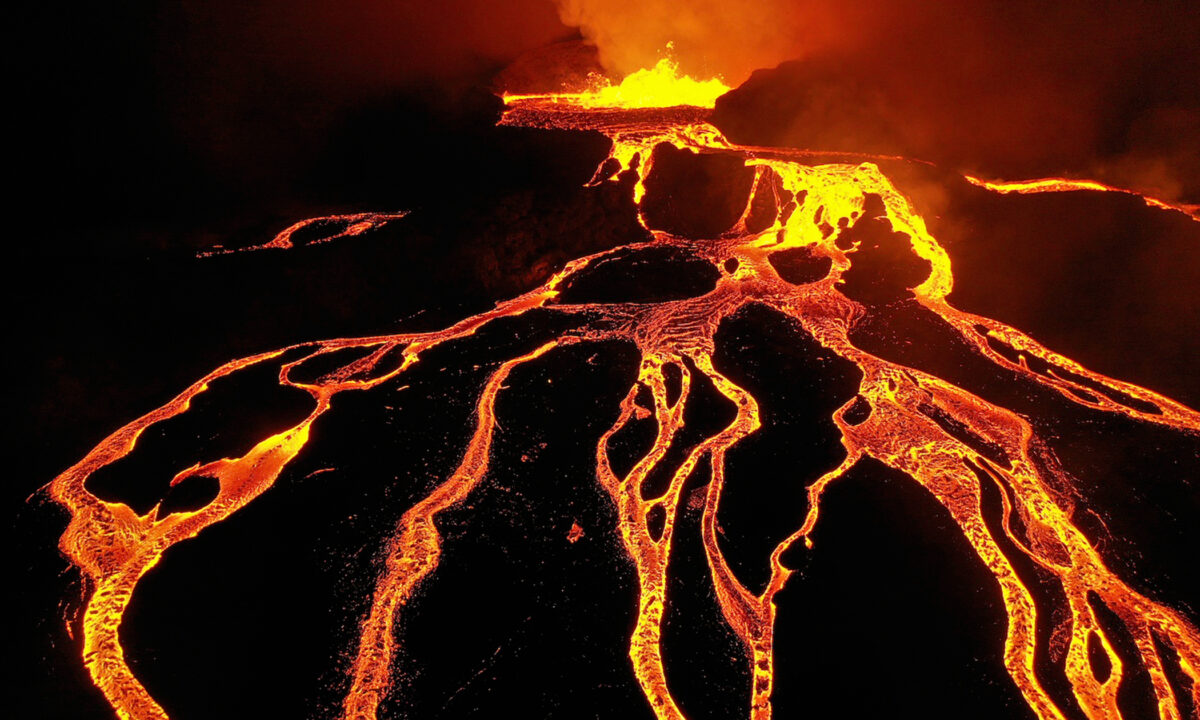 An incredible series of close-up pictures depicts a huge Icelandic volcano erupting into life for the first time in 800 years.

A drone camera swooping over the majestic Fagradalsfjall volcano flew so low that it was actually scorched by the heat from the searing lava. However, the results were spectacular.

Millions of gallons of molten, fiery lava are captured as they spew out from the crater of the 1,300-foot-high volcano. Great rivers of fire flow down its flanks, creating mesmerizing images like abstract paintings splashed with black and gold.

The volcano, which lies just 25 miles from the capital Reykjavic, was filmed by photographer Luca Bracali, 56. He spent six hours filming the eruption.

“When I approached the volcano, I could see these huge rivers of lava spilling out from the crater,” Luca from Florence, Italy, said. “The day before, it was dead, and then you saw a total transformation. It was like liquid fire with explosions of flames.”

Luca—a self-confessed “drone addict”—used one of his five drones to capture these amazing shots. To achieve the best results, he stood around a mile from the volcano and needed to recharge the drone every 25 minutes.

Despite the amazing shots, Luca said that, during the period of shooting, the drone lost four of its sensors due to being close to the volcano’s extreme heat.

“You have to be brave and not care about the drone,” Luca said. “Every time the drone comes back I give it a kiss. I say ‘if you want my kiss you have to come back.'”

According to Luca, the drone is the most powerful machine humans have ever invented.

Luca says that Iceland is his favorite of the 145 countries that he’s visited in his 35-year career as a photographer.

“It’s the most beautiful country—an island of ice and fire,” Luca said. “You can experience two of the most exciting natural events. Two of nature’s beauties are part of this wonderful island.”