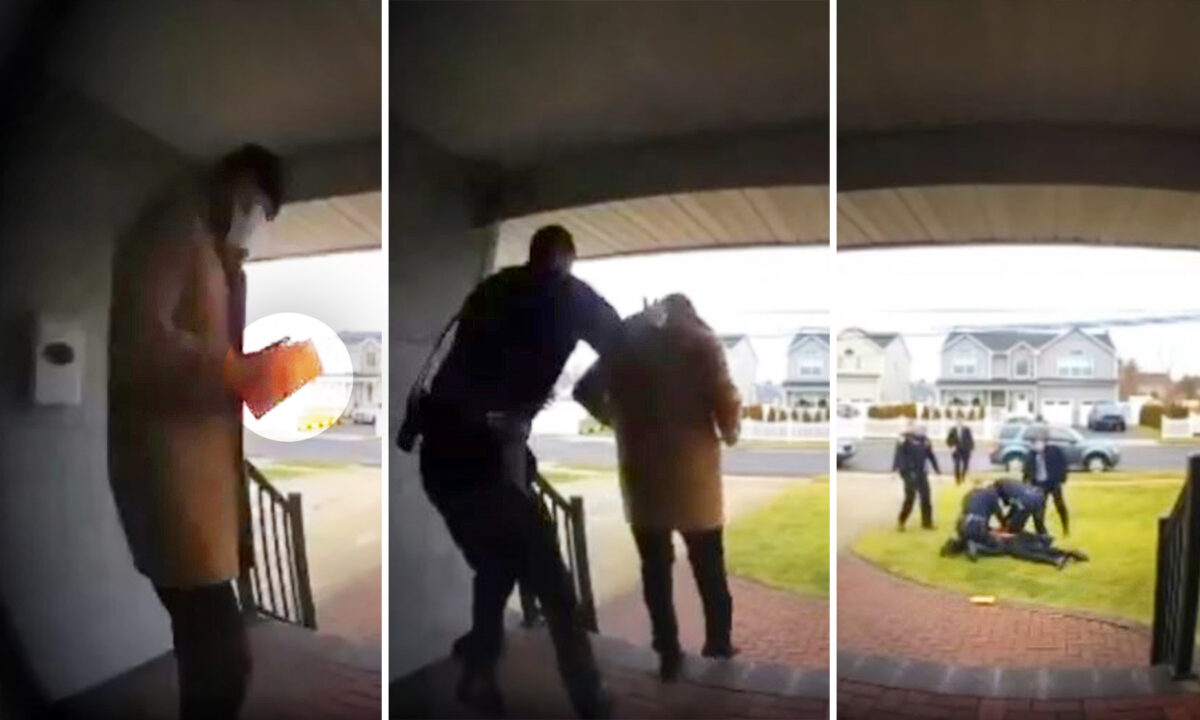 A clever grandma from Long Island has turned the tables on a telephone scammer who tried to dupe her out of $8,000 in cash.

The 73-year-old from Seaford—who only gave her first name, Jean—on Jan. 20 got a call from a man claiming to be her grandson, saying he’d been arrested for drunk driving and needed to be bailed out of jail.

Jean, a former 911 dispatcher, knew that her grandson could not drive and immediately suspected a hustle. “I knew he was a real scammer,” she told CBS2. “I just knew he wasn’t going to scam me.”

Shortly afterward, she received a call from a different man claiming to be her grandson’s lawyer, asking for $8,000.

Keeping her wits about her, Jean lured in the would-be swindler and foiled their plot with a stratagem of her own.

“I told him I had the money in the house and I figured he’s not going to fall for that,” she told the station. “Well, he fell for that—hook, line, and sinker.”

Having already called the police, Jean had only to wait for the unsuspecting crook to show up at her door—which he did, pretending to be her grandson’s bail bondsman.

He didn’t get far, though. Footage shows police officers rush out of the house and tackle him to the ground, before taking him into custody.

The Nassau County Police Department in a press release announced the suspect’s identity as one Joshua Estrella Gomez, 28, who was charged with attempted grand larceny of the third degree.

He was released on an appearance ticket and is due to appear at the First District Court on Thursday, Feb. 3.

Nassau County Police Department spokesman Richard Lebrun told Insider that, if a family member calls asking for money, it is advisable to call them back to confirm, and to block unwanted calls or text to avoid being scammed.

“Resist the pressure to act immediately,” Lebrun said. “Legitimate business will give you time to make payments.”

He added that it’s advisable to never pay with gift cards or wire money to an unknown individual or business.

Such scams targeting the elderly are rampant, police said. Jean finds it appropriate that she was able to dish out a little justice.

“I feel like gotcha, and I feel like, like you say, so many people fall for this and you only hear about it on the other end after they’ve lost $8,000,” she said.