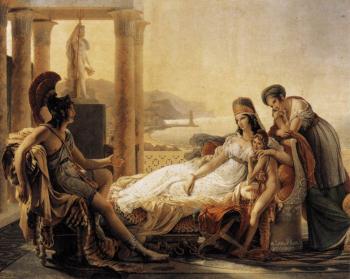 At the site of one of the Mediterranean’s ancient superpowers and that of its tragic fall, the Carthage Museum in modern Tunisia tells the story of a contest for power that lasted nearly 100 years.

The Carthage Museum echoes the rise of the Phoenician civilization, in the northern peninsula of Tunisia, which blossomed into the Carthaginian Empire. The Carthaginians dominated trade in the ancient world from 650 B.C. to 146 B.C.

Thought to have circumnavigated Africa and possibly to have led expeditions into the new world, the Carthaginians were masters of maritime navigation. With a wealthy citizenry, Carthage flourished as a civilization and has been credited with formulating what is now the modern alphabet.

The Rise of Rome

Rome’s power over the Mediterranean was increasing, and conflicts over Sicily led to the Punic Wars fought between the Romans and Carthaginians from 264 B.C. to 146 B.C.

The Carthage Museum houses mainly Roman artifacts. During the Third Punic War, Carthage fell to Rome. Columns shattered to pieces and bits of pottery are the few Carthaginian artifacts on display that tell of the horrific siege of Carthage and its complete annihilation by Rome.

During Julius Caesar’s reign, Carthage was rebuilt as a Roman city and thrived to become one of the most significant cities in the Roman Empire next to Rome itself.

Roman tile mosaics, sculpture, pottery, and items of daily life adorn the walls of the museum. Bathhouses, amphitheaters, and ancient ports greet visitors as they are immersed in the ancient life of the Mediterranean.

Carthage, now a wealthy suburb of Tunisia, can be appreciated for its rich past, which is catalogued within the museum.