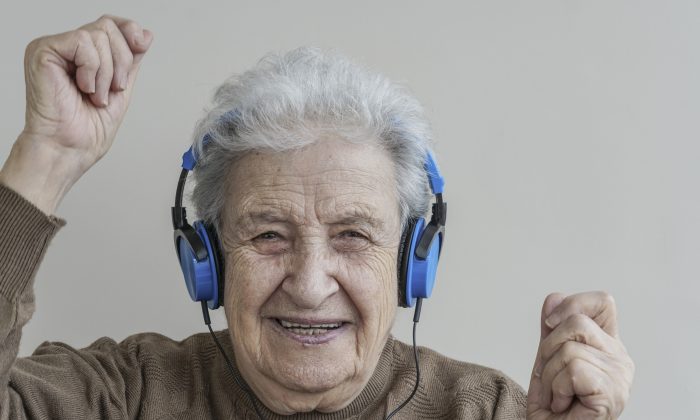 Personal Music Playlists May Reduce Medication Use With Dementia

Nursing home residents with dementia who listen to a personalized music playlist may need less psychotropic medication and have improved behavior, a recent study suggests.

“Alzheimer’s disease and related dementias can result in aggressive or other difficult behaviors, which affect people’s lives and take a toll on their caregivers,” said lead author Kali Thomas, an assistant professor at Brown University in Providence, Rhode Island.

People with dementia find individualized music interventions meaningful and improve their quality of life – so it will be a time well spent in the long run.
— Orii McDermott

“We think that familiar music may have a calming or pleasurable effect and reduce the need for caregivers to use medications to control dementia behaviors,” Thomas told Reuters Health by email.

The potential of this kind of intervention was illustrated in the 2014 documentary “Alive Inside,” which shows nursing home residents with dementia moving, singing and engaging with others while listening to their favorite music, the study team writes in American Journal of Geriatric Psychiatry.

But the effects have never been tested to see if the intervention is evidence-based, the authors write.

Music and Your Brain (Video)

In the Music and Memory program, nursing home staff are trained to create music playlists for residents based on each patient’s personal history and music preferences.

At the start of the study in 2012, the researchers used records to assess patients’ behavioral problems, depressed mood and their use of anti-anxiety and anti-psychotic medications. The same assessments were done in 2013, after the experiment was over.

Among the facilities included in the music program, the typical proportion of residents who discontinued anti-psychotic medications in a six-month period was 17.6 percent prior to the program’s implementation, and rose to 20.1 percent after the program. In the comparison homes without the program, this proportion remained stable at about 15 percent.

Similarly, the proportion of people discontinuing anti-anxiety medications rose from 23.5 percent to 24.4 percent, while in the comparison group discontinuation rates dropped from 25 percent to 20 percent over the same period.

The cost of the program depends on the size of the facility and ranges from $250 to $1,000 for staff training, plus $200 per year for program support, the authors note. Some participants also receive a “starter kit” including an iPod for their music, or ask family members to provide them with an iPod to use in the program.

The benefits of music for people with dementia go beyond behavior management, said Orii McDermott, a senior research fellow at the University of Nottingham in the UK, who was not involved in the study.

“For busy care home staff, finding out each resident’s preferred music may feel like a time consuming task,” McDermott said. However, “people with dementia find individualized music interventions meaningful and improve their quality of life – so it will be a time well spent in the long run,” she noted.

“The population of older adults with dementia, in particular those residing in nursing homes, is large and is growing,” Thomas said. “This study suggests that Music and Memory may be one intervention that holds promise.”