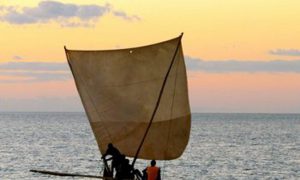 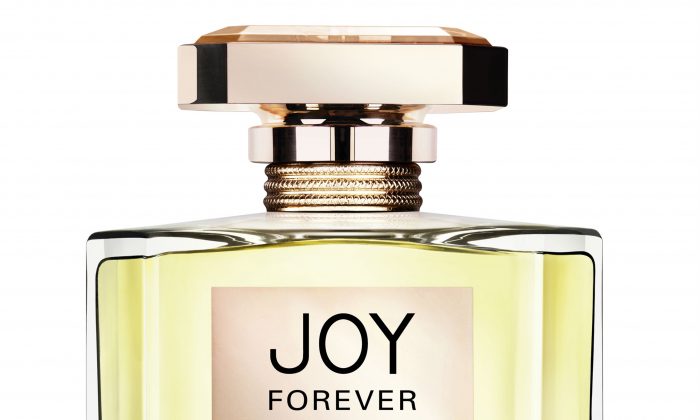 Perfumer Thomas Fontaine, on His Nose and Jean Patou’s Legacy

Atlas, the titan of Greek mythology, carried the celestial spheres on his shoulders. Thomas Fontaine, in-house perfumer at the house of Jean Patou carries the legacy of the famous global brand on his nose.

We caught up with Fontaine on his recent visit to New York City and asked him how he’s finding the role that he entered into since 2011. Officially, Fontaine was charged with immersing himself in the heritage of the brand, reintroducing historic fragrances such as Chaldee and initiating a new chapter in the legacy of Joy with Joy Forever. But by his own admission fulfilling the role is not enough. The shadow of Jean Patou, the man, looms large.

“The legacy is huge,” he said, recounting the fact that in fashion, Jean Patou was a great entrepreneur and innovator. He designed the first swimsuit, which was knitted, and clad the tennis world champion Suzanne Lenglen in a washable silk pleated dress and a simple wool jersey cardigan that featured the house’s intertwined initials—JP. In one fell swoop Patou created the iconic “monogram” and sportswear.

As an aside, Fontaine points out that Ralph Lauren is still continuing the Patou legacy but in the American spirit. Patou also launched the first unisex fragrance and, as if that wasn’t all, lipstick as we know it today.

“The first thing is to keep in my mind the quality of this brand. If we have nothing to say we won’t launch a fragrance. Secondly, to tell this story with beautiful words, and then a quality approach with raw materials,” said Fontaine.

If we have nothing to say we won’t launch a fragrance.
— Thomas Fontaine

Fontaine is a chemist, which helps a lot given that many perfumers do not have a chemistry background. Fontaine, like many other perfumers, love to associate scent with abstract ideas, taking cues from colors, textures, classical music, even gastronomy and history.

And then there’s his nose, one that’s “trained like a sportsman. There are some people are just able to run 100 meters [~.1 mi] and others are able to run a marathon,” he said while outlining his daily duties that would just about kill anyone with less athletic olfactory tendencies and propensity to get headaches. Once, he had to smell 400 different smells in four hours.

For now he is immersed in the brand’s Patounade—the secret recipe which all Patou perfumes contain. He has been revisiting historic Patou formulas which the brand has been re-releasing three at a time.

Focus groups are not the way at Jean Patou, so Fontaine’s nose is the grand instrument through which the house hopes to forge its way into the modern market.

The contemporary accord of Joy, Joy Forever, is Fontaine’s first grand gesture to the world of scent. It is markedly different from Joy, the big jasmine and rose explosion designed as a kind of one-word manifesto to the gloom that ensued after the devastating stock market crash of 1929.

“With Joy, I said OK, the main story, the main accord is rose and jasmine, then let me tell the same story but in modern words,” said Fontaine, adding that Joy Forever also contains some ambergris, sandalwood, cedarwood, orange flowers, and galbanum—notes that are not in the original Joy. “But for me, they bring a kind of youth to the original fragrance because the target was a younger generation—not young, but younger—30 and 40 years old,” he said.

This begs the question: how does he navigate the house’s DNA while catering to modern tastes that also vary according to country and culture?

The Smell of America

Part of the legacy of Jean Patou himself is that he closely followed world events which reflected in his creations. And Patou also had the American market in his sights, but Fontaine is quick to point out that “people who are buying Jean Patou in the U.S. are doing that because they know that it’s a French brand, with a French spirit.”

No doubt while in the U.S., Fontaine’s nose would have inadvertently caught whiffs of what makes America tick when it comes to fragrance. As he points out there’s a close relationship between the olfactory market and the general American behavior and culture.

For example, “there’s a kind of Christmas that is typical to America which you will also find in the fragrance. This is not the same in France. French fragrances are more sensual, even more dirty, if you like. In the U.S. fragrance has to be fresh and clean.”

But the predominance of vanilla and sugary notes also points to the fact that “the U.S. is a stomach-driven market. On the other hand, chemistry is bringing us new smells, marine notes, gourmand notes and we have many things that were no possible in the past,” he said. It remains to be seen how Fontaine will tap cultural tastes and push our olfactory boundaries.

The wild card is marketing. In this, too, Patou himself was ahead of his time. He did it with typical French humor when the house released three perfumes in 1925 with each perfume representing women of three different hair colors: Amour Amour (for blondes), Que Sais-Je? (for brunettes), and Adieu Sagesse (for redheads).

They were relaunched last year and this year sees the relaunch of another three fragrances from the Patou heritage collection: Vacances, Colonie, and L’Heure Attendue. While Fontaine cannot divulge which three will be next in 2016, he did say that there are 50 fragrances in the portfolio. And then there are his own creations to which the world of fragrance will be paying particular attention.

The most important thing in a perfume is the emotion, nothing else.
— Thomas Fontaine

“Our target is to have a foot in the future but keep the other one in the past, in tradition, [and] the know-how of the perfumery business.”

Upholding tradition methods is a French trait for which the world is continuously grateful—think cheese, wine, haute couture, just to name a few. To this end, Fontaine mentions that the company still retains fields in the South of France to grow rose and jasmine, by people who have the special know-how. This patrimony will be officially acknowledged next year when the area of Grasse, which grows plants for the fragrance industry, will be classified as universal patrimony of UNESCO.

Despite all the virtues of the house of Patou, Fontaine is its hope for the future. Clearly he is excited by the prospect and prefers to look at the poetic aspects of creating a fragrance.

“What is a perfume, just a story teller? I’m telling a story but instead of using words, I use smells, and if I’m creating emotion in my perfume, I’ve done my job. Because the most important thing in a perfume is the emotion, nothing else,” he said.

The story emanating from him is Patou Pour Homme—an oriental, spicy, fougère (fern-like) that mingles with the waft of green tea which we are drinking on a rainy spring day in New York. It evokes a room in France, a lair with old books, and tall windows framed by red velvet drapes, with oriental artifacts placed here and there.

It is a room that is impossible not to like. But we have to wait and see what scentscapes Thomas Fontaine will be evoking as he continues to settle into his role.