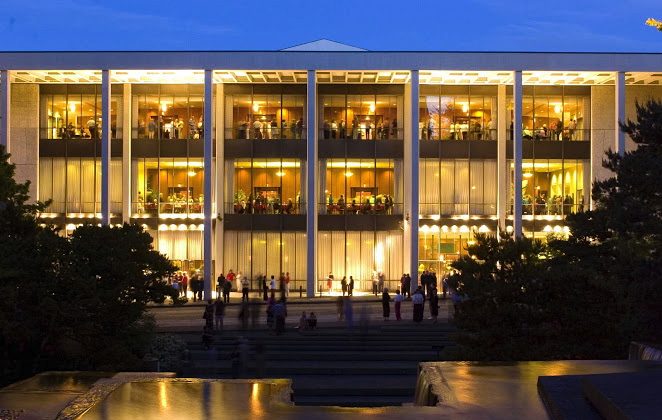 PORTLAND, Ore.—Each year, Shen Yun Performing Arts travels the world to showcase the 5,000-year-old invocations of Chinese culture. Through music that evokes the mellifluous East and West, classically trained dancers, and brilliant backdrops, Shen Yun brings the wonders of Chinese traditions to millions across the globe.

“I loved it a lot,” said Yaron Siev after the performance at Portland’s Keller Auditorium on March 27. “I really was inspired by the music and movement.”

Mr. Siev, himself a performing artist, said that he traveled to China recently and experienced other Chinese-style performances. Not one of them, however, compared to Shen Yun. “This was more extravagant, more interactive,” he said. “It was wonderful that every dance was based on a story or a tale. It really added another level, another dimension to the show.”

“Classical Chinese dance has a long history of thousands of years, and while soaking up profound wisdom from every era and dynasty, it has become a complete system of dance, embodying traditional aesthetic principles,” says Shen Yun’s website.

Mr. Siev was also impressed by Shen Yun’s degree of technical difficulty—and how such difficulty, in execution, led not only to a high-caliber art form expressed in action, but also the embodiment of exemplary craftsmanship. “The quality of the show was very high,” he said. “Everything was very, very professional—the timing and the coordination between all the performers.”

“I feel settled and happy in my heart,” he said. “And open—open to this new culture that I’ve only explored briefly.”