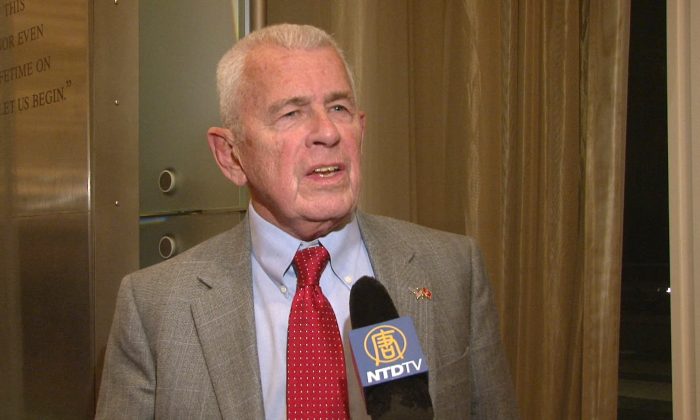 WASHINGTON—Manufacturing company owner Arthur Behnke said he enjoyed every aspect of Shen Yun Performing Arts. Mr. Behnke is the owner of portable air conditioner maker AirPac based in Winchester, Va. They sell their AC units all over the world.

He saw New York-based Shen Yun on Saturday, Jan. 25 at the Kennedy Center Opera House with his wife, his two daughters, and their husbands.

“It was a wonderful presentation,” Mr. Behnke said. “I enjoyed every aspect of the show.”

Mr. Behnke has a Master’s degree in Chinese history and spent seven years on and off in China with his wife where they owned a joint venture. He has done a lot of business in China.

Speaking of the performers, Mr. Behnke said he could tell they “were proud of their tradition and their talents. They did an outstanding job.”

“Everybody put their best foot forward and [I] really enjoyed what they were doing,” said Mr. Behnke.

Asked how he would speak of the performance to friends, Mr. Behnke said he would tell them “they’re missing a great opportunity if they don’t come and take advantage of the show.”