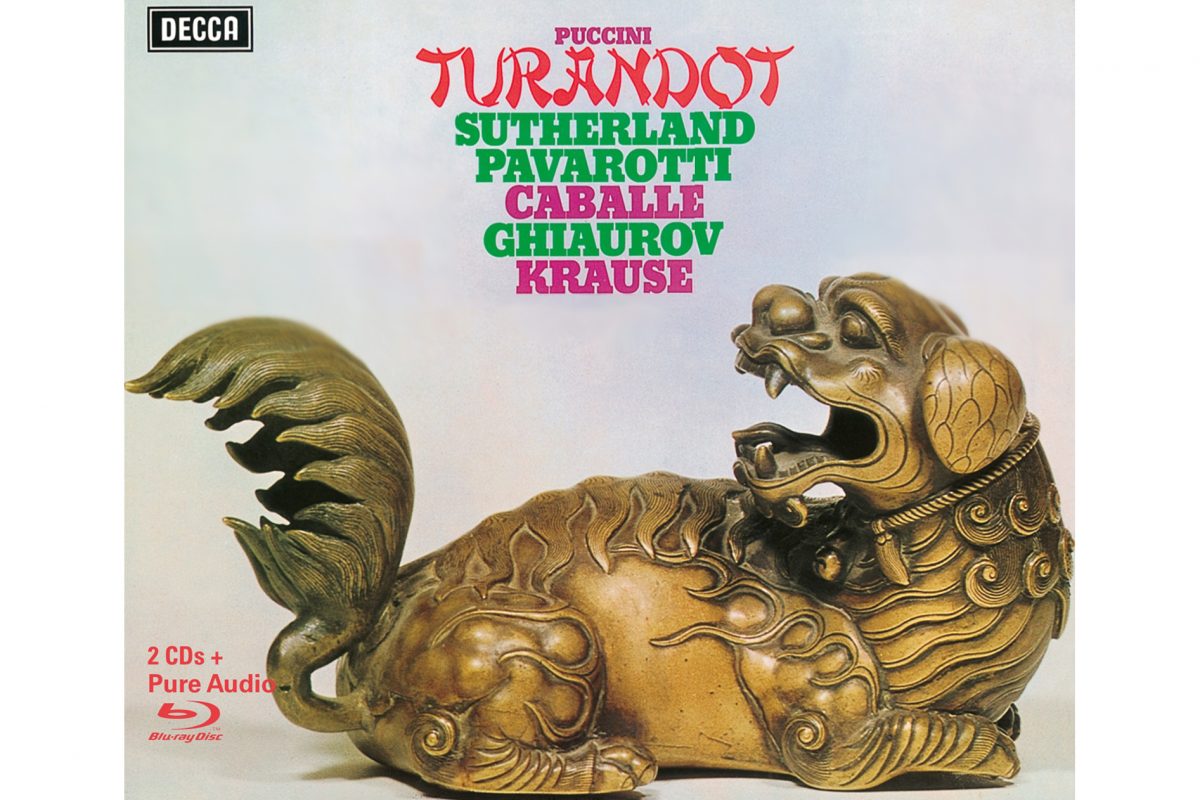 Pavarotti at His Peak

If asked to name the most popular recording by an opera singer during the past 50 years, the obvious answer is Luciano Pavarotti singing “Nessun Dorma” from Puccini’s “Turandot.”

Decca has just released three complete operas on Blu-ray Audio Discs (with no video content) and they all capture the great tenor in his prime during the early 1970s. Decca was Pavarotti’s label for his entire career, and it treats his work with the proper respect.

The sound quality is superb, and the entire package, which contains the full libretto with essays about each opera and Pavarotti’s career as well as photos taken at the sessions, is treasurable.

“Turandot” was Puccini’s last opera, unfinished at his death and completed by Franco Alfano.

The action takes place in ancient China, where Princess Turandot is playing hard to get; suitors have to answer three riddles or die. At the beginning, the Prince of Persia is beheaded for failing the test. Calàf is among the onlookers and recognizes his long-lost father, the exiled King Timur of Tartary, in the crowd. The old man is traveling with Liù, the slave girl, who readily admits that her feelings toward Calàf are the reason she continues to care for his father.

After a glimpse at the beautiful but hard-hearted princess, Calàf decides to win her hand in marriage despite the protests of his father and Liù. Three comic characters—the ministers Ping, Pang, and Pong—also try to discourage him.

In the second act, Turandot appears and relates how her ancestor, Princess Lou-Ling, was kidnapped and murdered by an enemy army. As a result, Turandot is determined never to marry and to carry out revenge on any suitors. Calàf answers her three riddles, but the prince inexplicably gives her another chance to execute him. He announces that if she can learn his name by dawn, she can have him beheaded.

Turandot issues a proclamation that no one can sleep until the stranger’s identity is discovered. Soldiers capture Timur and Liù and bring them before the princess. She orders them to speak. The slave girl says that she alone knows the suitor’s name but refuses to answer even when she is tortured. She grabs a dagger and, declaring her love for the stranger, kills herself. Suddenly, the princess softens her resolve and Calàf then reveals his name. They go off happily ever after.

The title role in the opera calls for an almost Wagnerian sound and would seem an unlikely role for Joan Sutherland (who made her reputation singing bel canto operas), but she is majestic in the part. In fact, she was underrated as a Puccini singer; her “Suor Angelica” (a completely different sort of role) is also convincing.

The moving Liù (a far more sympathetic role than the icy princess) is the extraordinary Spanish soprano Montserrat Caballé. Even the supporting roles are first-rate: bass Nicolai Ghiaurov as Timur and tenor Peter Pears as the Imperatore.

The only competition is the “Turandot” recording with Nilsson, Bjorling, Tebaldi, and Tozzi, with Leinsdorf conducting.

“Madama Butterfly” is another Puccini opera based on Asian themes. The plot deals with an unsavory American sailor who “marries” a young Japanese geisha. He leaves her pregnant, and returns in the end with an American bride. The innocent girl commits suicide.

Soprano Mirella Freni was perhaps the greatest Puccini soprano of the late 20th century and ranks in this role with Victoria de los Angeles (who made a beautiful recording with Bjorling) and Renata Scotto (another wonderful singing actress).

Pavarotti makes the hard-hearted American sound charming and delivers a beautiful love duet with Freni. There was probably no better Suzuki than Christa Ludwig. On the other hand, Robert Kerns’s Sharpless is nothing special. Von Karajan conducts the Vienna Philharmonic.

Nemorino, the country bumpkin of Donizetti’s “L’Elisir d’Amore,” is another of Pavarotti’s most highly praised roles. The version released in this series co-stars Joan Sutherland as Adina and is conducted by her husband, Richard Bonynge.

Pavarotti’s rendition of “Una furtiva lagrima” (the most famous aria in the opera) has to be counted among the finest renditions of the piece. Sutherland is amusing as Adina, and of course her singing is brilliant.

Now, how about continuing the series with their “Daughter of the Regiment.”

These three opera recordings are perfect gifts for opera fans, but buy one for yourself as well.