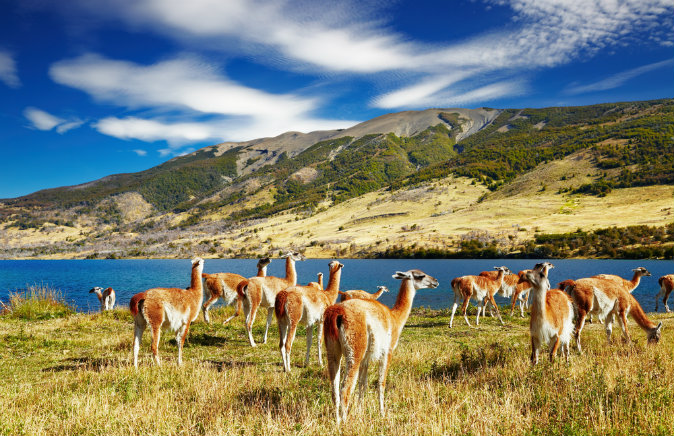 Patagonia: an unforgiving, sometimes grim, yet achingly handsome corner of the globe. So why visit this chunky blade of mountains and bleak desolation that slices into the ‘Roaring Forties’, the endless stream of westerly winds that chase around the southern hemisphere? After all, it is hardly close to the great cities of the world.

Well, if you want wall-to-wall sunshine, go elsewhere; but if you crave adventure, otherworldly landscapes and an escape from the madding crowds—and then some!—head south. Here’s three ways to have an unforgettable trip.

Trace your finger down the spine of the Andes on a map. Just before the mountain range plunges into the South Pacific in an angry outburst of contours, start drawing a circle with your finger. Between the milky smudge of the Patagonian ice cap—the third largest in the world—and a kink in the border with Argentina you should be able to make out the words ‘Torres del Paine’. Welcome to the park at the end of the world.

Copyright © 2014 by A Luxury Travel Blog. This article was written by Paul Caddy and originally published on aluxurytravelblog.com