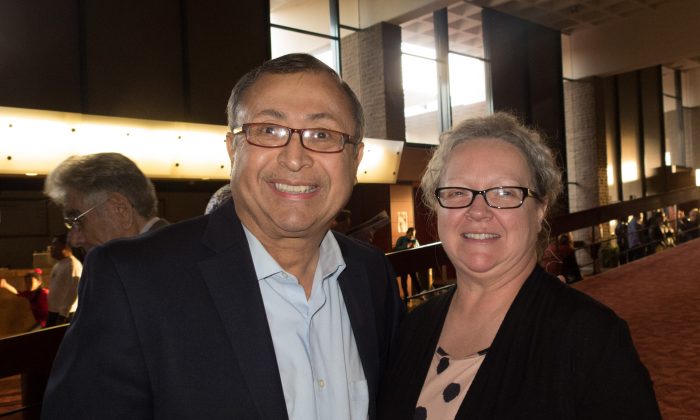 Michael Torres, a pastor, said he didn’t know China had such a rich, divine culture. “I got the impression that I came to something very spiritual, [giving] meaning to real life,” he said.

He particularly enjoyed the classical vocalists who sang original works, which encourage people to reflect on why we are here in this world.

“We sit back and think where we came from and where we are going, … the freedom to express themselves and think more of the soul,” he said about the meaning behind the performances.

The Chinese have always believed that their traditional culture was given by the gods.

The brilliantly colored costumes seek to provide “an authentic presentation of the attire that comes from China’s divinely inspired traditional culture, and a consummate stage effect, according to Shen Yun’s website.

Mr. Torres said he thought the performances were very soulful and plans to read more about the Chinese culture.

But he cautioned that we “need to have a right mind, right spirit.”