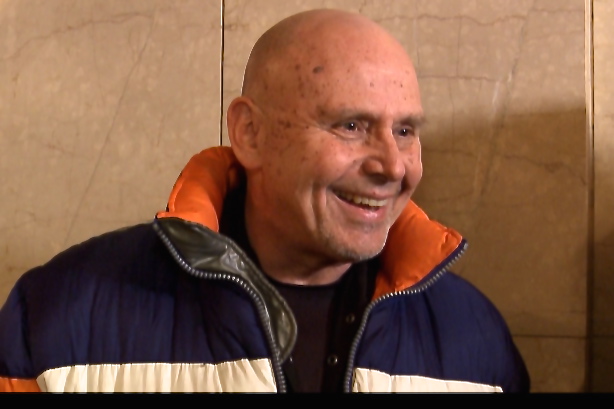 “The performance was really delightful. I particularly enjoyed the actual Chinese music, and of course the dance is spectacular,” Mr. Moore said. His wife could not agree more: “It was delightful. I was very much enamored by the grace and beauty and the colors. It was a joy,” she said.

The performance also featured the two-stringed Chinese instrument, the erhu. “I liked the two string violin and it’s just … It’s very haunting, melancholy. Sometimes I think it speaks more to the soul or the heart of China,” he said.

“So when you have somebody who’s a gifted musician and plays Chinese music and plays it really with the heart that speaks out of that rich history, it’s just delightful,” he added.

Mrs. Moore was intrigued by the dances depicting the hardships of modern people in China brutally persecuted for their spiritual beliefs. “I was surprised by the fact that you are being persecuted and you have to come to the United States in order to be able to express yourself more freely,” she said and added she was very happy to have attended the performance.

“I’m happy that you’re using your gifts and the talents that you have in order to really bless all of us,” she said.

“The beauty of the dancing and the choreography and the classical Chinese dance was lovely,” she said.

Chinese dance combines graceful moves with more dramatic leaps and tumbling techniques. “It is able to transcend ethnic, cultural, and even linguistic barriers, taking this well-established Chinese culture and presenting its essence to the world,” according to the Shen Yun website.

“And I liked the way they interpreted the mythology. The costumes and the scenery all blended nicely together,” she added.

She also commented on the scenes showing the persecution of practitioners of Falun Gong, a spiritual practice, in modern day China.

“I think it’s a beautiful [practice] and I’m saddened by the Chinese [regime] and that they don’t allow freedom of expression,” she said.