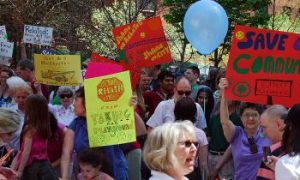 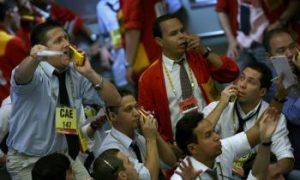 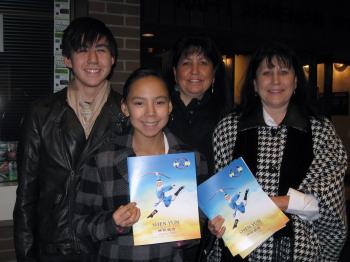 By Epoch Times Staff
Print
KITCHENER-WATERLOO, CANADA—Shen Yun Performing Arts brought out three generations of the Huebner family to its presentation on Saturday night. Two of those generations stayed to share their thoughts on the New-York based performing arts company.

“I thought it was lovely. Very wonderful, loved the colours, the costumes, the music was fabulous,” said pastor Ellie Huebner.

Shen Yun aims to revive the spiritual essence of traditional Chinese performing arts, a foundation systematically eliminated during the dark days of the Cultural Revolution. Huebner appreciated that essential quality of the show.

“It just shows me that all people everywhere are looking for understanding of their own spirituality, and I think that as Christians and as people of other faiths, it's interesting how we can all come together in some ways, and so that was very nice,” she said, adding that she had learned about Chinese culture through the performance.

Plum Blossoms, a fan dance about the brave little flower that blooms in the cold of winter, moved the pastor.

“It was very beautiful,” she said. Ms. Huebner said she loved the jumping and tumbling moves in many of the dances, techniques most people know as gymnastics but actually originate in Chinese dance.

Her daughter, a high school gymnast, said Shen Yun was an inspiration.

“It was really cool, I liked it. I wish I could be a part of it someday,” she said.

Plum Blossom moved her like it did her mother.

“I liked the colours. It was really beautiful,” she said.

Ms. Huebner's sister Ruth said she was moved by the few dances in this year's tour that touch on issues of freedom of expression and belief in modern China.

“This was fantastic. It was more than I expected and it was exciting to see a beautiful story told to the world," said Ruth who believes the story is important to hear in support of the Chinese people.

With reporting by Allen Zhou and Matthew Little.

Shen Yun will present three more shows Kitchener-Waterloo before going on to Montreal and Toronto. For more information visit ShenYunPerformingArts.org .