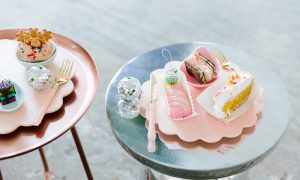 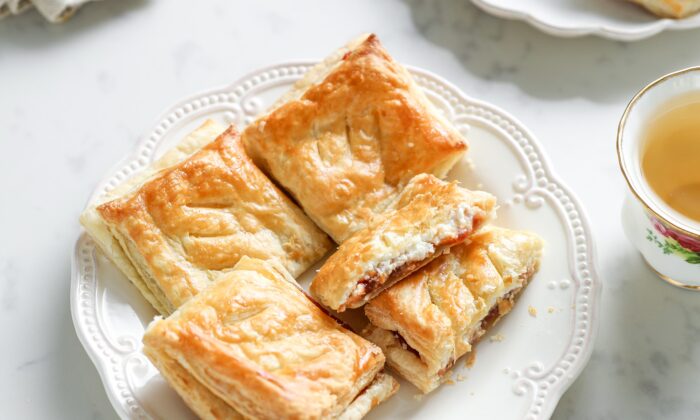 For Cuban Americans, the flaky, guava and cream cheese-stuffed pastries are a sweet taste of home
By Marisel Salazar
Print

For Cuban-born Marta Darby, sitting down to an espresso with pastelitos de guayaba y queso, “little pastries” of guava and cheese, makes her feel like she is 5 years old again, back on the island.

“It is such a warm feeling,” she said. “It takes me back to the big family reunions. Our family in Cuba was very close until we had to leave.”

Darby, the home cook behind the popular blog My Big Fat Cuban Family, was born in Havana and left Cuba for the United States with her family when she was 5, fleeing Castro’s regime. They stayed in Miami for about three years, before moving to California, where she now lives in Mission Viejo.

“We struggled to keep [our] ‘Cubanity’—our parents made us speak English at home so we could assimilate more quickly,” Darby said.

She shared that especially now, during these past months of the pandemic and lockdown, people are looking for comfort food and a way of getting in touch with their roots. For her, and many other Cuban expats, pastelitos represent both.

The hand-held sweets consist of a flaky, multi-layered puff pastry filled with thick guava paste and sometimes a lick of cream cheese. Old-school versions are made with lard, though today’s are typically made with shortening or butter instead. The guava is syrupy sweet, with just a slight hint of tartness, while the cheese adds balance, tempering the paste’s high sugar content into a mild sweetness.

“[Pastelitos de guayaba y queso] are our bagel and lox; they are our babka,” said Ana Quincoces, first-generation Cuban-American celebrity chef, cookbook author, and food entrepreneur. “They taste better because of the nostalgia.”

The story of pastelitos de guayaba y queso is one intertwined with that of the Cuban diaspora to America.

The earliest forms of the pastries, pastelitos de guayaba, were filled with just guava paste—no cheese. There is nothing more Cuban than guava pastries. The tropical fruit is everywhere on the island.

“Guava is one of the fruits accessible to everyone [in Cuba],” said Beatriz “Betty” Porto, co-owner of Porto’s Bakery, a beloved Cuban bakery with locations across Southern California. “It was inexpensive, and [people in] small towns who did not have access to supermarkets [could] grow guavas at home, so everyone grew up eating them.”

To make the guava paste found at the center of pastelitos de guayaba, guavas are peeled, deseeded, and boiled until soft. The separated seeds are immersed in water to create a thick, gelatinous liquid, which is then strained of the seeds and mixed with the cooked guava, to all be pureed through a food mill. Sugar is added, and the mixture is further cooked until it thickens, then removed from heat, beaten until a paste forms, and cooled until ready to use. The thick, concentrated blocks of paste can be sliced or used in chunks.

In Cuba, and across the rest of Latin America and the Caribbean, guava paste is often simply eaten with a cracker topped with a soft, mild white cheese, such as queso fresco (fresh white cheese made from cow’s or goat’s milk) or queso blanco de jicotea (a homemade cured white cheese). It’s also popular in desserts, sauces, and marinades, and of course, guava pastries.

It is thought that the addition of cream cheese to the pastries came in part due to America’s influence on the island, from the aftermath of the Spanish–American War up until Cuba fell to communism in 1959. American products, such as Philadelphia cream cheese, were imported and became accessible to the island at the time, giving Cubans a taste for such ingredients early on.

During Castro’s regime, many Cubans fled to the United States, primarily to Miami, bringing their pastry culture with them. Cuban bakeries proliferated, giving continued—and sometimes new—life to sweet treats like the guava pastry.

That’s where what you might call a Cuban American pastry was born: The pastelitos now found stateside combine the original Cuban guava filling with American cream cheese, an addition supposedly made by a Cuban baker in Miami. It made sense, given Cubans’ early exposure to cream cheese, and the comforting familiarity of the pairing of guava with a soft white cheese.

At Porto’s Bakery, which was started by Porto’s late mother, Rosa, after the family emigrated to California, the guava and cheese pastelitos are among the most popular items.

“I remember my father mentioned after coming back from a trip from Miami in the ’70s that they were doing variations of different guava pastries with cheese,” Porto said. “That’s when he and my mother began to work on the ‘refugiado’ recipe we have today.”

“Refugiado,” Porto Bakery’s trademarked name for its guava and cheese pastelitos, is Spanish for “refugee.”

“Since my parents were political refugees, my father wanted to give his version of this dessert a name that would keep that memory alive,” Porto said.

Darby likens the pastry to the Cubans, like herself, who emigrated to America: “We are assimilated, [like] a perfect pastelito refugiado.”

A Taste of Home

A craving for pastelitos de guayaba y queso has grown in the United States—beyond Cuban expatriates and communities, too. The pastry is becoming so popular that even Entenmann’s sells a version of it.

Quincoces, meanwhile, pinpoints the pastelitos from Versailles Bakery in Miami as the best she has ever had.

“To taste a pastelito as it comes out of the oven and onto the cooling rack at Versailles is one of the top 10 experiences of my life,” she said. “I am not overly dramatic about food—but with this pastelito, you have to close your eyes because they cannot stay open; they have rolled to the back of your head.”

Even beyond pastelitos, the marriage of guava and cheese has exploded into a variety of other foods and dishes in the States.

Cuban Americans are also experimenting at home, still the heart of Cuban cuisine in the United States.

When store-bought versions of pastelitos de guayaba y queso are inaccessible or hard to find, many Cubans in search of a bite of nostalgia turn to making their own—with whatever they have. When Darby needs her “pastelitos fix,” but can’t make the long drive to Porto’s, she puts together her own at home, “with puff pastry, a bar of guava [paste], and Philadelphia cream cheese.”

Darby also uses the delicious duo in the form of torrejas, the Cuban version of French toast. “Since I am in California, I used Texas toast instead of pan Cubano, because that is what is available,” she said. Her recipe for guava and cream cheese-stuffed French toast is also featured in Quincoces’s cookbook, “Sabor!”

Darby’s other Cuban-inspired spinoffs include a guava cheesecake, a riff on the Elena Ruz sandwich (a Cuban turkey, jam, and cream cheese sandwich), and guava, cream cheese, and bacon wontons.

Meanwhile, Quincoces has developed recipes for rugelach with guava and cheese, a guava and cream cheese pound cake for Target, and even a burger stuffed with the duo, served on a Cuban roll, for Skinny Latina, her line of cooking sauces and marinades. “I Cubanize everything,” she said.

Finding as many ways as possible to integrate guava and cream cheese perhaps goes beyond simply satisfying a craving for the flavors of the delicious duo; it’s searching for a way to get back to the island, in any way.

Darby says that when it comes to Cuban food like pastelitos, the older generation feels nostalgia, while younger Cubans experience something called retro-acculturation: They never lived in Cuba, but there is something in their heart that is proud of being Cuban.

As Porto put it, “[pastelitos] are like bringing a piece of Cuba home to you.”

“And for those who have never tried it, eating these pastries is a way of introducing you to our culture. The food just makes you fall in love with it.”

Marisel Salazar is a New York-based food and travel writer by way of Panama; Washington, D.C.; Hawaii; and Japan. Follow her on Instagram @MariselMSalazar for behind-the-scenes eats and travels.