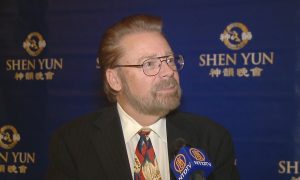 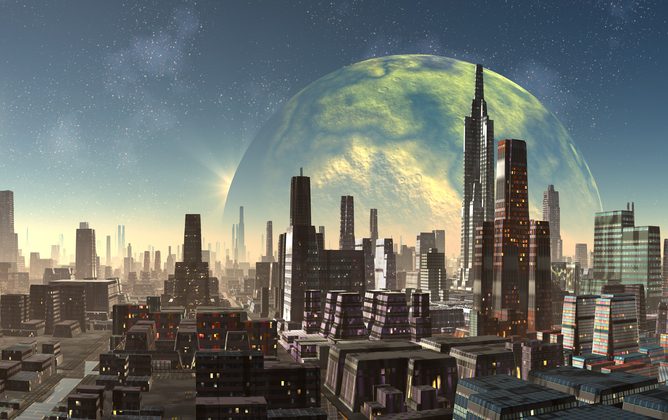 Past Visions of Future Cities Were Monstrous, but Now We Imagine a Brighter Tomorrow

My future city contains flying cars, shimmering architecture and vertical parks. Yours is probably different, but whether you’ve thought about it or not you’ll definitely have some conception, some image. There have always been future cities – architects, writers and filmmakers have long dreamt up fantastic visions of them. Some of these have come to fruition, some are just dusty ideas that still inspire, or are forgotten. But visions of tomorrow’s cities populate the past, as well as the present.

Almost 20 years ago, the celebrated prophet of doom and disorder JG Ballard wrote about the future of the city in his novel Cocaine Nights:

Townscapes are changing. The open-plan city belongs in the past — no more ramblas, no more pedestrian precincts, no more left banks and Latin quarters. We’re moving into the age of security grilles and defensible space. As for living, our surveillance cameras can do that for us. People are locking their doors and switching off their nervous systems.

This is something we are now seeing in reality as public space becomes ever more commercial, ever more privatised. Look at Liverpool ONE or the gated communities of New Caledonian Wharf, Docklands or Bow Quarter in East London.

But it’s not all quite so bleak out there. We may be moving toward a future more positive in outlook, albeit with echoes of the nightmarish cities we thought up in the past.

We’ve been dreaming up visions of future cities as long as the city has existed. A recent government report, A Visual History of the Future, examines what such visions sought to communicate and why. Many of these visualisations were never built and remained imaginary – this does not mean they are unworthy of attention. Speculative futures and the technologies projected within them are important. They reveal a lot about how we expect to progress.

Let’s take the legacy of Ebenezer Howard’s Garden City vision, first published in 1898. It has been both celebrated and derided. Its combination of bucolic landscaping and polycentric planning captures a very British attitude toward the future. The agenda of much post-war planning in the UK was suburban and provincial. With Britain announcing its intention to build a new garden city by the Thames Estuary at Ebbsfleet, we appear to be regurgitating ideas from over a century ago.

Another future city of around a century ago is that of Fritz Lang’s Metropolis (1927), which wasn’t quite so idyllic. Inspired by the Futurist Italian architect Antonio Sant’Elia this rapidly industrialised monster city has also been a touchstone for many subsequent ideas for future cities. Metropolis is an automated system of control and hierarchy, with explicit social class division. Wealthy industrialists have privileged lifestyles in high-rise towers whilst the lower class workers live underground.

The fears and desires borne by industrialisation were also the inspiration behind Aldous Huxley’s 1932 novel Brave New World where years are measured “After Ford” in tribute to the influential sponsor of assembly line mass production. Interestingly, this supposedly far future dystopia set in London of AD 2540 (632 A.F.) was heavily influenced by Huxley’s visit to the ICI plant in Billingham, Stockton-on-Tees.

These themes were taken even further in Ridley Scott’s Blade Runner, 1982, where class division is between human and non-human. The addition of flying cars, a familiar and recurrent staple of future city visions, accentuates the dense verticality of a Los Angeles reimagined for the 21st century. The dark, brooding and claustrophobic atmosphere of the city in the film proved popular with those creating near-future scenarios and reflected concerns about cities toward the end of the 20th century. It was reinterpreted in numerous subsequent films including Tim Burton’s Batman, 1989, and Mamoru Oshii’s Ghost in the Shell, 1996.

Spanning across the latter half of the last century we have the myriad dystopias given by Ballard. Cities of the future in his work were above all dysfunctional, often due to environmental and technological apocalypses.

And of course future cities are not the sole domain of fiction. 2014’s retrospective at MoMA, New York, Frank Lloyd Wright and the City: Density vs. Dispersal explored Wright’s unease about the growing American city in the 1920s and 1930s. This was explicit in his work – simultaneously focusing on radical new forms for the skyscraper and his seminal masterplan for the urbanisation of the American landscape, Broadacre City. While seemingly more humane than Ballard’s hellish visions, the reality of such megalomania and consumer-driven design would arguably have been just as unpalatable if built.

So which future is here? Encouragingly, nearly a century on it appears we are shifting toward a more people-based approach. The recurrence and growth of more socially engaged future city visions in the early 21st century is notable. The reemergence of street-level urbanism, which favours the pedestrian and active public realm in the manner of Jane Jacobs, reflects our increasing environmental concerns coupled with technological possibilities. Further evidence also supports our growing worries about the longevity of the city, adaptability to climate change, resource management and resilience of changing social dynamics and populations.

Past visions of future cities have been outlandish, they have been dark and dismal, they have also been clairvoyant. They embody a range of ideas of the cities we have and have had. The power of these images demonstrates deep cultural resonances from the time they were produced.

Future cities, even in fiction, reveal an enormous amount about how a society views itself. So after more than 100 years of dystopian cities of the future it is positive to see that many artists, architects and designers have remembered that perhaps the most important element of cities are their people.

Professor Nick Dunn was commissioned by the UK Government Office for Science to write a report on the visualisation of future cities as part of their Foresight: Future of Cities programme. This article was originally published on The Conversation. Read the original article.