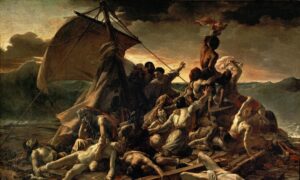 Hope for the Impossible
0 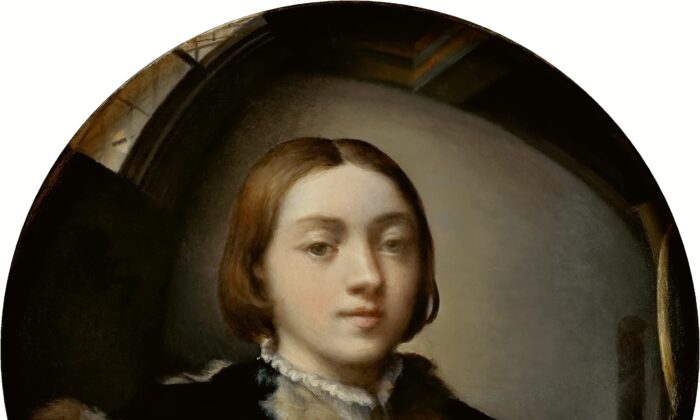 Parmigianino’s Simulacra: More Like an Angel Than a Man

Not too long ago, my wife and I drove to a nearby city. Whenever we go anywhere, my wife is usually in charge of the radio, but this time, in a rare gesture, she asked if there was anything I would like to listen to on our journey.

I suggested that we listen to a podcast by Stephen West called “Philosophize This!” We picked a random episode called “Simulacra and Simulation” and began our drive.

West has a great ability to make complex ideas easily digestible for the general public. In “Simulacra and Simulation,” he breaks down the ideas of 20th-century philosopher Jean Baudrillard, and here, I’m going to share my very basic understanding of these ideas.

To make better sense of this, take a moment to imagine a morning of mine: I wake up, I brew some coffee, and I check my smartphone for any news I may have missed while I slept.

While my coffee brews, I’m bombarded with information and imagery to which I unintentionally respond: I laugh at some memes, I shake my head in disappointment at what I believe to be misguided social media posts, and I may even boil at some misinformation in media outlets. My coffee finishes brewing.

Not only did I lose awareness of what was actually happening in my immediate reality—the brewing coffee—but I projected my thoughts and emotions into the indirect experiences provided by the information and images on my smartphone—indirect because the information and images I experience through my smartphone are not gathered from directly experiencing them. I am instead experiencing a series of symbols and signs that represent direct experiences, and for a moment, according to Baudrillard, I’m living in a simulated reality created by simulacra.

The question then becomes: How much of my response to simulacra is authentic, and how much of it is formulated by other simulacra? In other words, is it the case that my identity is merely an amalgamation of ideas and emotions gathered from simulacra, or is there a part of me that’s authentic, that remains untouched by the influence of the signs and symbols propagated by mass media?

Hearing West’s summation of Baudrillard’s ideas made me consider how we might see ourselves in the midst of mass media’s onslaught of information. I immediately thought of a self-portrait by Parmigianino completed around 1523.

Parmigianino was one of the most influential painters during the beginning of the mannerist period in Italy. The early mannerists, in reaction to the pursuit of perfection in the Renaissance, were interested in the personal stylization of their creations, which, according to the National Gallery of Art website, resulted in “elongated proportions and exaggerated anatomy of figures in convoluted, serpentine poses.”

Parmigianino, in an attempt to present his artistic skills to Pope Clement VII, painted elements of his self-portrait warped, as they would appear in a convex mirror. Parmigianino’s hand is painted elongated, and even the walls of the room and window are warped to follow the roundness of the frame. The only thing that is not warped is Parmigianino’s face, the placeholder for a person, which the art historian Giorgio Vasari described as “more like an angel than a man.”

So why did West’s podcast remind me of this painting, specifically? I think it’s because of two elements in the painting: the warped environment and the unaffected, angelic portrait.

It is necessary to remember that Parmigianino painted himself as he looked in a convex mirror. He provided a simulacrum by way of the mirror: The mirror copies the reality he wished to represent, and he copied that copy by way of his painting, which he presented to the world.

Now, 500 years later, I’m trying to untap some wisdom from an image on a computer screen of a photograph of a painting of a mirrored reflection in conjunction with a summary of ideas about copies. Simulacra abound, and what does this mean for my interpretation? The original, direct experience that Parmigianino had while painting is lost. Or is it?

Is my purpose in this life determined by the mass amount of information thrown at me? Does it dictate how I respond to events I rarely, if ever, directly experience? If I were to hold a mirror up to my world, how much of it would be warped because the mirror is of someone else’s making?

Yet, Parmigianino’s head and face remain unwarped. The very thing that would house and communicate that he’s “more like an angel than a man” is depicted undistorted, despite the warped environment, and it’s here I’m left to consider that maybe a piece of Parmigianino’s authenticity lives on in what he painted, even if it’s many times removed from the image on my computer screen.

Maybe our personalities are not completely formed by mass media. Maybe our truth is not determined by expected responses to experiences we never directly have. And maybe there’s an angel in all of us.

I’m left asking, “How can I look at myself and, despite the influence of the simulacra of mass media, recognize what makes me sincere and authentic? What might make me “more like an angel than a man?”