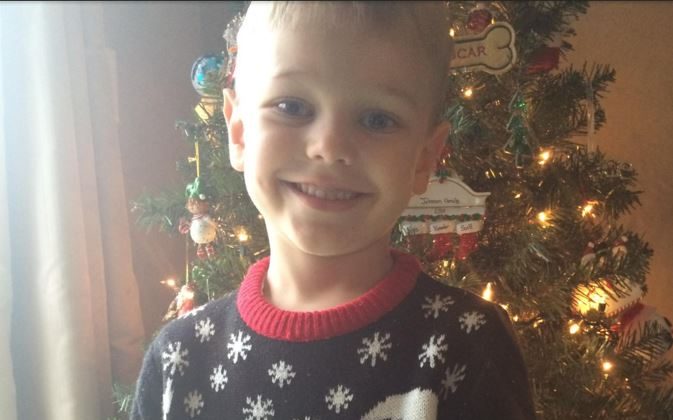 Parents Send Their Son to School Wearing Ugly Christmas Sweater. Then the Teacher Points out What’s on It

It’s getting close to Christmas. To celebrate the holiday, lots of people are wearing themed sweaters to work, school, or social events.

One set of parents dressed their young son in an ugly Christmas sweater, but didn’t look closely enough at just what Santa was doing on it.

At first glance the sweater looks great–there’s some snowflakes up top, and a gingerbread house down below. In the middle are the words “Merry Christmas” and a Santa Claus.

The problem? Santa is peeing into the snow.

Imgur user angryhamzter said that the sweater was newly bought and he didn’t notice it.

“Didn’t realize what Santa was doing until his kindergarten teacher pointed it out when I picked him up after school,” he wrote.

The photo has gone viral, with more than 4.2 million views and tons of comments.

“You can’t wear that when urine school apparently,” said one user.

“You know he’s the coolest kid in the class now right?” added another.

“Why is this even sold in children’s sizes? haha,” added yet another.