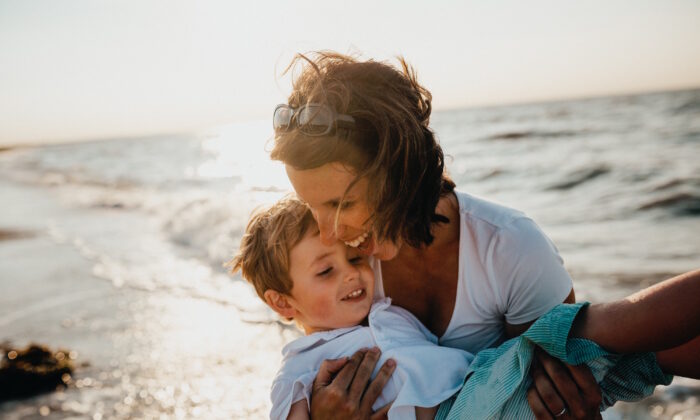 Mothers have the opportunity to shape their families and their communities. (Xavier Mouton Photographie)
Family & Home

Parnell Donahue
Dr. Parnell Donahue is a pediatrician, military veteran, author of four books, and the blog ParentingWithDrPar.com, and host of WBOU’s “Parenting Matters” show. He and his wife, Mary, have four adult children; all hold doctorates, two also are MDs. Contact him at Parenting-Matters.com
View profile
Follow
biggersmaller
Print

Think of all that mothers do! First they carry us for nine months, then birth us into the light. They clean, feed, educate, and support us physically, emotionally, and often financially. But most of all, they love us and teach us how to love others.

This past year has been especially hard on mothers. Many of them work full- or part-time to support their families, and with schools closed, they somehow manage to school their kids as well. Thank God for mothers!

One of my 14-year-old patients told me this story about her mother:

“When my brother Fred was about 10 months old, he was napping with a Hey Diddle Diddle mobile hanging above his crib. Somehow, he was able to reach one of the stars, pull it off, and put it in his mouth. Mom felt something wasn’t quite right, so she opened the door to his room and saw him all blue and just limp. She knew he was choking on something.

“But she didn’t panic or anything because she knew just what to do. She picked him up, turned him over, and whacked him really hard on the back; the star came flying out of his mouth. He started to cry and in a few seconds he was just his normal self, but if Mom hadn’t known what to do, he would have been dead in just a few more minutes. At least that’s what the doctor told her when she called him a little while later. So Mom is Fred’s hero and Fred is my favorite brother, so she’s my hero too.”

“Oh yeah, that’s why I think that …” She paused and hit me with those big brown eyes. “I think mothers save more lives than doctors.”

Mothers do save more lives than doctors. Not all mothers perform CPR on their kids, but think of the accidents mothers prevent by carefully watching their toddlers, or the lives they save by putting them in car seats, and making and enforcing rules of behavior for children and yes, even for adolescents.

There are many other ways mothers save lives. On May 3, 1980, 13-year-old Cari Lightner was killed by a drunk driver who had had three prior drunk driving convictions and was out on bail from a hit-and-run accident two days earlier. Turning Cari’s tragic death into something positive, her mother, Candy Lightner, founded MADD (Mothers Against Drunk Drivers). MADD’s mission is to stop drunk driving, support the victims of this violent crime, and prevent underage drinking. Due to efforts by MADD and other programs to reduce drunk driving, alcohol-related traffic fatalities have decreased from more than 30,000 in 1980 to 10,511 in 2018. Because of MADD’s work, more than 370,000 lives have been saved.

But mothers’ social activities haven’t stopped. Today mothers are taking a stand against Critical Race Theory. A Wall of Moms united to protect the protesters in Portland, Oregon. No matter which side of the equation you stand on, there are mothers who stand with you.

Setting the Tone at Home

Every day we read about mothers doing heroic deeds to save their kids. But moms do so much more. Mothers set the tone of a home; if the father is a single parent, he needs to be sure his kids have a woman to act as a surrogate mother. Their grandmothers often volunteer, but an aunt, a neighbor, or even a good sitter can fill this position.

I believe mothers are one of God’s greatest creations. It may sound sacrilegious, but God could have done it differently. He could have made mothers more like dads, or in some way made them less influential in our lives—but he didn’t.

I would add that the power in the home lies with the mother. Mothers have the opportunity to shape their families and their communities. In a poem published in 1865, William Ross Wallace summed up the feelings of many of us when he praised motherhood by stating, “For the hand that rocks the cradle is the hand that rules the world.” This line from his poem has become a well-known adage.

My thoughts keep going back to the girl who told me her mother saved her brother’s life. If only the mothers of the world knew how important they were in their children’s lives, maybe more of them would have the kind of relationships that she and her daughter enjoy. I can’t imagine anything that could make the world a better place than that.

May God continue to bless you and your family!

Dr. Parnell Donahue is a pediatrician, military veteran, author of four books and the blog ParentingWithDrPar.com, and host of WBOU’s “Parenting Matters” show. He and his wife Mary, have four adult children; all hold Ph.D.s, two also are MDs. Contact him at Parenting-Matters.com

Parnell Donahue
Follow
Dr. Parnell Donahue is a pediatrician, military veteran, author of four books, and the blog ParentingWithDrPar.com, and host of WBOU’s “Parenting Matters” show. He and his wife, Mary, have four adult children; all hold doctorates, two also are MDs. Contact him at Parenting-Matters.com
TOP NEWS