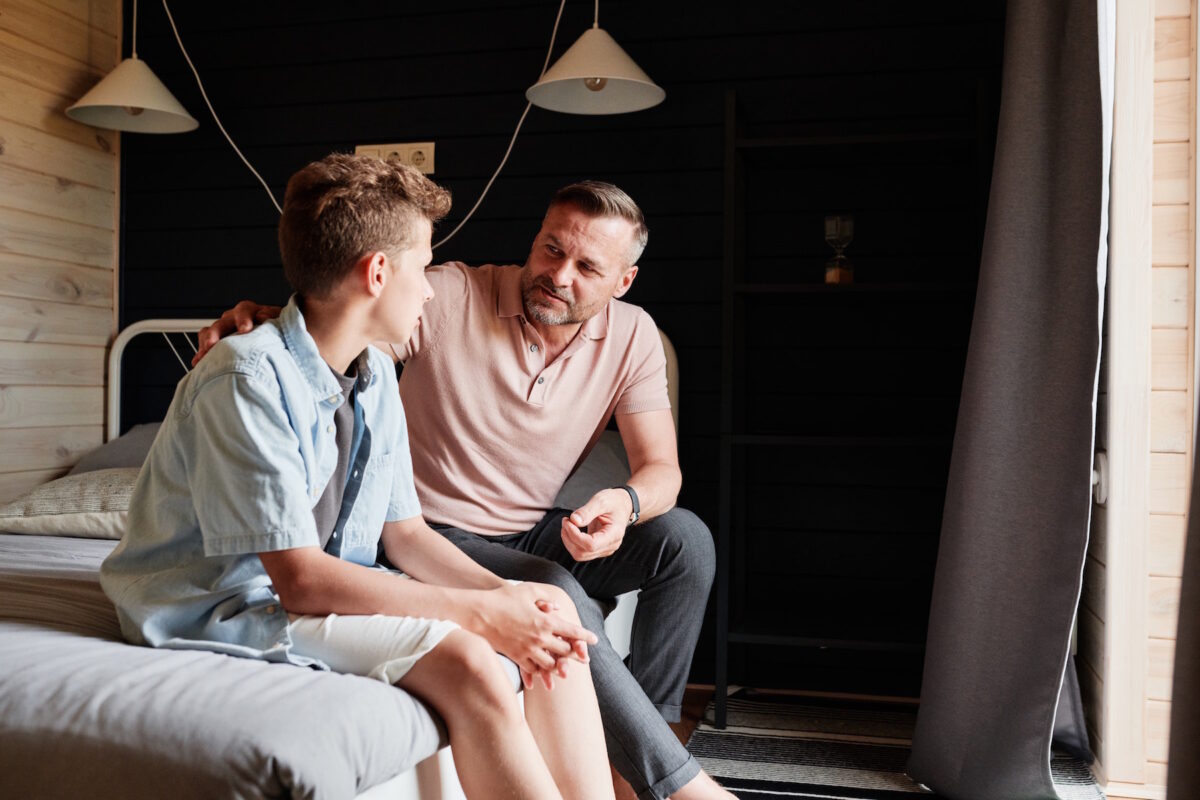 As with everything, learning values begins in the home. (Julia M Cameron/Pexels)
Family & Education

Parenting Matters: How to Talk About Politics With Your Kids

Today’s politicians are much like the blind men who “saw” the elephant in John Godfrey Saxe’s classic poem. Written almost 250 years ago, “The Blind Men and the Elephant” is based on a very old Hindu parable. It has been used for centuries as an aid to teaching philosophy, religion, and character development. In the mid-185os, Saxe set this folklore to verse.

With all due respect for those who can’t see, Saxe tells how each man felt a different part of the elephant, the tail, the side, the knee, the ear, the trunk, or the tusk. Each came away with a different opinion about the elephant; consequently, they argued “loud and long” about which man was right.

While the legend argues against relative truth and the theological relativism that follows, it also argues against our political system and the media’s portrayal of it.

Relativism in politics as well as in religion teaches that there is no absolute truth; truth can be changed to fit the situation. But that line of thinking is anathema to religion, liberty, and freedom.

When your kids are near voting age, will they pay attention to what’s going on in the world, or will they be like the blind men and become so confused that they deny interest in politics, public service, and voting?

Their decision depends largely on how you and your spouse think, talk, and act regarding politics. Get better informed by watching the news on both CNN and FOX, reading the editorial page in newspapers and, I would add, The Epoch Times!

Help your future voters understand why they should be interested in the survival of our country and our great Constitution. Remind them that many of the online political posts are written by bloggers blinded by the elephant fragments they have picked up during their short, or worst yet, long years of examining only the trunk, ear, or other individual parts of the whole.

Most importantly, discuss political issues in civil conversation with your family and friends, even those who have a different political philosophy. Listen to the candidates’ speeches. Watch the conventions!

I must admit, today’s political conventions are not as interesting as they were when I was a teen. I remember in the summers of 1952 and 1956 sitting in the shady backyard with my siblings and listening on the radio to the presidential conventions. There were not many primaries then, so no one came to the convention already nominated, with the exception in 1956 when incumbent President Eisenhower had little competition. Because no one knew who would be on their party’s ticket, the convention was intriguing, much like a game, a contest, with many contestants all aiming for the same goal.

Listening to the competition made shucking peas from our garden almost fun. We didn’t have television football or other sports to entertain us, and the competition energized us.

Each candidate had at least two nomination speeches, each followed by a demonstration through the auditorium with a band blaring patriotic marches and leading the candidate’s supporters.

After the last candidate was nominated, his demonstrators were cleared from the floor, and the roll call vote of the states began.

During the convention, our family would cheer and argue about which candidate was the best and which one would win.

After listening to both 1952 conventions, my siblings and I liked Gen. Eisenhower and were so happy a few weeks later when he came to a city near us. Our folks made the trip to hear him but they left us home. Later, when we asked Mom how she and Dad voted, she told us voting was by secret ballot and no one was to know who voted for whom.

I still miss the excitement of a competitive convention.

As important as parents are in shaping their kids’ political views, they are not the only influencers. Teachers, coaches, neighbors, and peers can sway your kids’ thinking.

Even if their schools offer what we used to call civics, you won’t know which part of the elephant their teachers have touched. Teachers, politicians, and other adults often see and teach politics with the perspective of the blind men who saw the elephant. And like Saxe’s blind men, they are unwilling to acknowledge the opinions of the others.

Don’t be afraid to ask your kids what their teachers are saying about politicians’ views, policies, and solutions. Then discuss your kid’s views, their teacher’s views, and yours. But, keep personalities out of the discussion. Listen while your teenager explains his solutions and let him know why your and or your teacher’s views may be different.

Remember, we are all looking at the same problems, we all want what’s best for the country but, like the blind men, each of us sees things differently and may seek different solutions. Your job is to point out why you think your solutions are best after you listen to your kids’ solutions.

Not every election is for president, but all elections are important. Voters of every age need to know what each candidate, from the school board member to the president, plans to do and what each believes on the issues. And most important of all, they must how the political parties differ.

With today’s ever-present media, it should be easy to understand the issues if we know the basics of the Constitution. How else can a person, parent or kid, get his head around politics? You and your family may find a short study of the Constitution interesting and helpful. By getting your kids involved at a young age, you can be assured they will be well-educated when they are old enough to vote.

If we are to keep this country free, with the rights of life, liberty, and the pursuit of happiness; if we recognize that all men are created equal and endowed with these inalienable rights by their creator, and if we desire equality and justice for all, then we must have informed voters. And, as in all other areas of living, learning values and mores begins in the home, taught by parents.

The Blind Men and the Elephant

It was six men of Indostan,
To learning much inclined,
Who went to see the Elephant
(Though all of them were blind),
That each by observation
Might satisfy his mind.

The First approach’d the Elephant,
And happening to fall
Against his broad and sturdy side,
At once began to bawl:
“God bless me! but the Elephant
Is very like a wall!”

The Second, feeling of the tusk,
Cried, —“Ho! what have we here
So very round and smooth and sharp?
To me ’tis mighty clear,
This wonder of an Elephant
Is very like a spear!”

The Third approach’d the animal,
And happening to take
The squirming trunk within his hands,
Thus boldly up and spake:
“I see,” —quoth he— “the Elephant
Is very like a snake!”

The Fourth reached out an eager hand,
And felt about the knee:
“What most this wondrous beast is like
Is mighty plain,” —quoth he,—
“’Tis clear enough the Elephant
Is very like a tree!”

The Fifth, who chanced to touch the ear,
Said— “E’en the blindest man
Can tell what this resembles most;
Deny the fact who can,
This marvel of an Elephant
Is very like a fan!”

The Sixth no sooner had begun
About the beast to grope,
Then, seizing on the swinging tail
That fell within his scope,
“I see,” —quoth he,— “the Elephant
Is very like a rope!”

And so these men of Indostan
Disputed loud and long
Each in his own opinion
Exceeding stiff and strong,
Though each was partly in the right,
And all were in the wrong!

So, oft in theologic wars
The disputants, I ween,
Rail on in utter ignorance
Of what each other mean;
And prate about an Elephant
Not one of them has seen

Parnell Donahue
Follow
Dr. Parnell Donahue is a pediatrician, a military veteran, and the author of four books, a blog, and ParentingWithDrPar.com. He writes The Parenting Matters Podcast and is host of WBOU's "Parenting Matters" show. He and his wife, Mary, have four adult children; all hold PhDs, two are also MDs. Contact him at Parenting-Matters.com.
SHARE
EmailCopyFacebookTweet
You May Also Like 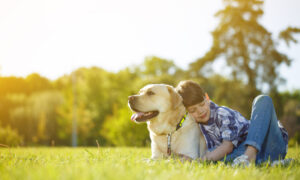 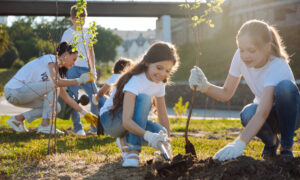 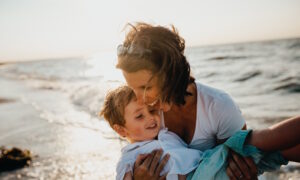