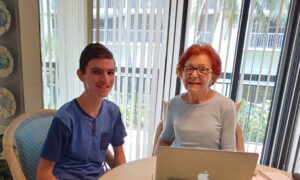 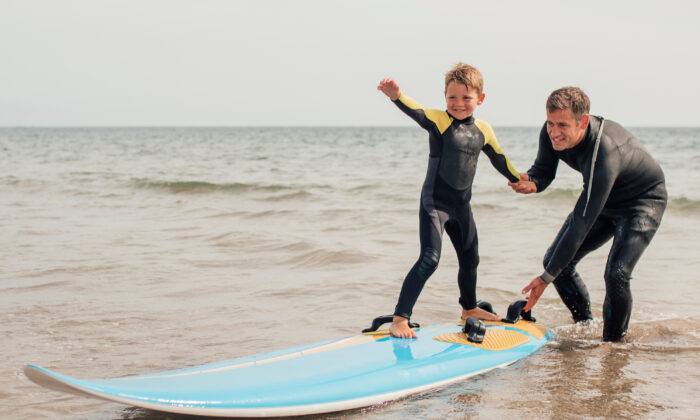 Parenting Matters: Be the Person You Want Your Children to Become

Hello from Nashville, Tennessee, the home of country music, beautiful weather, and right living. What an honor and a pleasure to write for The Epoch Times and hopefully make a difference in the lives of our nation’s children.

Some years ago I was a guest on a Father’s Day radio talk show in Milwaukee. Toward the end of the show a dad called to say, “It sounds like, that in parenting, everything you do is important. Is that true?”

I assured him it was, and advised him to be careful of how he acts because kids are mirrors that reflect what their parents do. I asked him not to worry that they don’t always listen to what you say, but be concerned that they see everything you do. They become us! “Be the person you want your kids to become!” had become my mantra.

Recently my wife, Mary, and I were invited to give a series of talks on parenting at a local Methodist Sunday school. During the third session, a woman remarked that the class was so different from what she thought it would be. “It’s more about doing the right thing than pediatrics,” she said. “I thought pediatricians only treated sick kids, did physicals, and gave shots. This class is more of a how to live a good life than how to parent, isn’t it?”

“What a great observation,” I answered. “We pediatricians see a lot of sick kids, give plenty of shots, and do many physicals. We call them ‘health evaluations’ now, because we concentrate on the health habits kids are forming, and how those habits will control their life. But, you have the message 100 percent right! This class is geared to help parents be the kind of person they want their kids to become. It is a ‘how to be a good parent’ class, not a ‘how to parent’ class. I’m glad you noticed the difference.”

The Cart Before the Horse

“How to be a good parent” classes, or books, start with the parent—if the parent does this, the child will do that. “How to parent” literature starts with the child—if the child does this, the parent should do that. This latter type of parenting has the cart before the horse. These parents try to lead from behind. That just doesn’t work.

Like it or not, for good or bad, parents are the main role models for their children. Not only do parents have a major role in influencing values, their expectations also greatly influence future performance. A 1997 JAMA article about a study conducted by the University of Minnesota of 12,000 kids in grades 7 through 12 concluded: “If parents expect adolescents to get good grades and refrain from sex, those expectations influence the adolescents’ behavior powerfully through twelfth grade, regardless of family income, race, or single or dual-parent status.” The lead researcher, Michael Resnick, said, “Adolescents are often very effective at convincing us that what we say is irrelevant to their lives, and the mistake we make as adults is that we believe it.”

In a Horatio Alger survey on The State of Our Nation’s Youth (2005–2006), 68 percent of the girls ages 14 to 19 and 70 percent of boys that age, named a parent, sibling, or other family member as their role model. Only 15 percent named a friend, and even fewer mentioned an entertainment celebrity or an athlete.

To test these national statistics, I asked the 103 teens I evaluated one summer, who most influenced their values of right and wrong. Of these, 83 said mom, dad, or parents; three said brothers or sisters; three credited themselves as their main influence; three said others (teacher, coach, minister); while three had no one to credit. Only eight said friends. (One 15-year-old boy actually said Rush Limbaugh.)

The following statistics show us where parenting from behind has led, and why we need to change our focus and put the parent first!

Every day in the U.S., in 2019, 1,840 kids are abused or neglected, according to the American Society for the Positive Care of Children. That’s over 660,000 kids and more than 400,000 of them were abused by a parent. Five abused kids die each day. According to the Children’s Defense Fund, each day in 2020, eight kids or teens committed suicide, nine children or teens were killed with a gun, 126 children were arrested for violent crimes, and 248 children were arrested for drug crimes.

Parents as Leaders of the Family

We can change those horrid statistics forced upon our kids, our families, and our world by moving the cart back behind the horse. We must put the parents back in their role as leaders of the family, and let the kids be followers. That is one of the long-term goals of this column.

To be sure, I don’t pretend to know all the answers, but my wife Mary and I have raised four very successful children. I have spent half a century studying kids, families, and society, and I have been instructing parents for many decades.  I know that something has to change or our society will not survive. I ask your forbearance and your help in making the changes.

Some years ago, Tennessee-born Rodney Adkins recorded a song about parenting, called “Watching You” (bit.ly/2QvUI34). It quickly became popular in country music fandom. Listen to the words and watch the video. You’ll love it, and it will convince you of the importance of “being the person you want your child to become.”

Dr. Parnell Donahue is a pediatrician, military veteran, author of four books and the blog ParentingWithDrPar.com, and host of WBOU’s “Parenting Matters” show. He and his wife Mary, have four adult children; all are Ph.D.s, two also are MDs. Contact him at Parenting-Matters.com