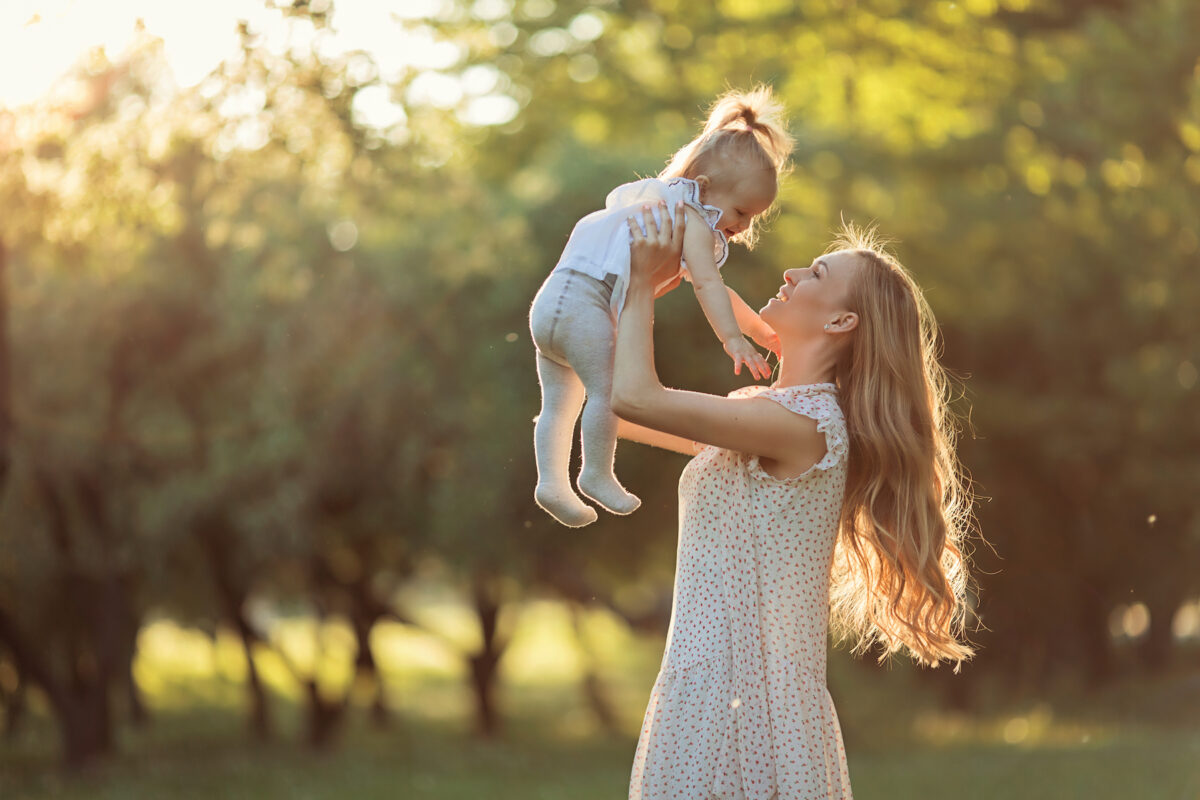 A loving home is key for a child to develop into a well-adjusted, responsible citizen. (Veromantika2/Shutterstock)
Family & Education

How to give children a strong moral compass
BY Parnell Donahue TIMEJune 7, 2022 PRINT

My wife, Mary, and I were talking about the shooting in Uvalde, Texas, when she brushed tears from her brown eyes and asked, “What could be worse than having a child shot to death in school?”

I thought for a while and wondered aloud: “I suppose it could be worse to be the parent of the shooter. But I don’t know!”

That led to a discussion on how could anyone kill a room full of fourth-graders and what parents can do to make sure their kids have the moral compass and character that would never allow them to be so evil?

How can we protect our kids from becoming the next shooter? I condensed 10 lessons from my parenting book, “Messengers in Denim,” which, if followed, should assure that your kids develop a strong moral compass.

A good, loving father–child relationship and a good, loving mother–child relationship are needed for a child to develop the moral code required of a well-adjusted, responsible citizen. Loving parents are always honest with their kids; they offer honest compliments that help kids develop self-esteem and feel good about themselves. If you’re a single parent, find a person—sibling, good friend, or other respected individual—of the opposite sex to be your children’s mentor. Dads or dad surrogates are essential for girls as well as boys for developing self-discipline.

2. Encourage Music in School, in Church, and at Home

Instruments may be expensive, but drummers only need to purchase their drumsticks, and singing is basically free. In “The Ugly and the Good” in Touchstone magazine, Anthony Esolen wrote that good music and poetry are the way back to a civilized country and world; both have a way of building friends and peace. And the playing of music, according to Lesley Maxwell Mann, associate professor of music at Belmont University, shows that “practice makes perfect” and that making errors and correcting them lead to easier decision-making and resilience not only in music, but also in life.

4. Make Time Every Day for Outside Play

Put a hoop on the garage and let your kids shoot baskets. If you don’t have outside space at home, find a local park, have them play intramural games after school, and keep them active. Take a bike ride with them on the weekend, or go on a hike. A lot of activity will make them strong, ward off obesity, and help them sleep.

5. Know Where Your Kids Are and Whom They’re With at All Times

A recent article in The Tennessean told of six teens who were shot at 10:45 p.m. One boy was 13, two boys were 15, and two girls were 15; parents weren’t mentioned in the article, so we don’t know if they knew where their kids were. But I can’t imagine any of my kids at that age being any place at 10:30 p.m. without my knowing where they were and who they were with. Actually, I would know—they would have been home with their mother and me.

6. Attend and Be Active in Church, Synagogue, or Temple

Teens who regularly attend religious services are “more likely to do better in school; shun alcohol, drugs, and sex; care about the poor; make moral choices based on what is right rather than what would make them happy,” Christian Smith and Melinda Lundquist Denton wrote in “Soul Searching: The Religious and Spiritual Lives of American Teenagers.”

Teach kids the 10 Commandments, responsibility, respect, and social manners; be positive in your thinking and speech. Encourage your kids to belong to and attend community or religious youth groups. Read religious magazines and books; have some religious articles around your home.

7. Know Your Kids’ Friends, Their Friends’ Parents, and Their Parents’ Friends

Sponsor parties at your home for your kids and their friends. Invite the parents of one or more of your kids’ friends to help. It will be easier to monitor food, drink, and behavior as long as you stay with the party! Be aware that kids will be influenced by their friends’ parents and their parents’ friends.

8. Establish Rules of Behavior With Your Kids and Be Firm in Enforcing Them

While in practice, I asked high school seniors during their physicals if they thought their parents were more or less strict than average parents. Most of the kids said about average, but there were many who replied with things such as: “They used to be really easy on me, but since I got into high school they’re all over me about every little thing. I guess they think that because I got in trouble when I was younger that I’ll get in trouble again” or “When I was younger they were really strict, but now they pretty much let me do whatever I want because they know that I’m a good kid and won’t get into trouble.” Another lesson taught by teens.

9. Be Excited About Kids Getting Their Driver’s License

Tell them often, when you’re bussing them during grade school years, how happy you’ll be when they’re old enough to drive and help you with some of your errands. Add that you know they’ll be good drivers because they know about speed limits, how it feels to cross a busy street, and any other thing they do that indicates their good judgment and citizenship.

10. Avoid Marijuana, Other Drugs, and Tobacco in Any Form

If you drink alcohol, make sure you’re never intoxicated. Tell your kids why you only have one drink.

Remember, be the person you want your kids to become! Swiss psychoanalyst Carl Jung said, “If there is anything that we wish to change in the child, we should first examine it and see whether it is not something that could better be changed in ourselves.”

Enjoy your spouse and your kids. Pray for the grieving families in Uvalde, and may God continue to bless you and your family.

Parnell Donahue
Follow
Dr. Parnell Donahue is a pediatrician, a military veteran, and the author of four books, a blog, and ParentingWithDrPar.com. He writes The Parenting Matters Podcast and is host of WBOU's "Parenting Matters" show. He and his wife, Mary, have four adult children; all hold PhDs, two are also MDs. Contact him at Parenting-Matters.com.
SHARE
Friends Read FreeCopyFacebookTweet
You May Also Like