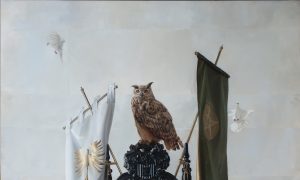 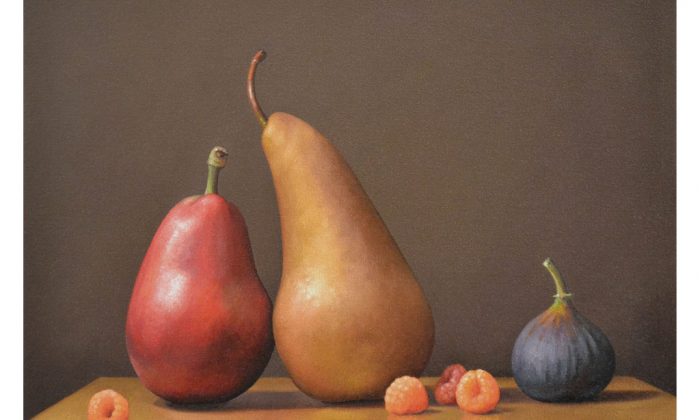 Painter Spotlight: Patricia Coonrod, an Inviting Place to Be

After Patricia Coonrod earned her bachelor’s degree from Washington University in St. Louis, she moved on to the graduate course at the New York Academy of Art.

“People were very focused on conceptual art in Washington. I had only one or two teachers who were teaching the fundamentals. That just had more interest to me. I thought that’s what I would like to be good at, if I could,” Coonrod said.

“New York Academy was the only venue I knew of at that time,” she said. “There are a lot of academies coming up now, but in the ’90s it was rare.”

“There is a sense of stillness in the paintings. I think that comes from being content.”
— Patricia Coonrod

After that she got to work in the painting workshop of Jeff Koons, one of modern art’s most notorious players. There she worked for eight years.

“When I got there, Koons was working on the Celebration series,” she recalls. “I was in the painting department. There were a lot of people there. I got a photo and colors pre-mixed by another person. I just had to apply them. It almost looked like a paint by number job.”

Coonrod tried to create her own body of work in her free time for a while, but it simply proved too much painting in a day: “I stopped working on my own paintings. I got burned out,” she explained.

Still, she maintains that the experience was worthwhile.

“I didn’t feel that way at the time, but the hours of painting and painting, whether you feel like it or not, whether you are interested in the subject matter or not, it was helpful to me because I was a real procrastinator when I painted for myself,” she said. “Each painting seemed like a mystery. It felt like I didn’t know the path to the end, but that job gave me so much experience. So now, when a problem comes up, I know how to resolve it.”

“In the past three years I started painting from life again. That’s been a really good move for me. I think I found what I really want to be doing. I just like to paint. A lot of conceptual art has a lot of ideas about what the art is about. I don’t have that. It’s just a peaceful time where I can be in the moment, be in that zone,” Coonrod said.

“I wondered whether I should be doing something more serious, with bigger ideas, but I feel pretty content right now. There is a sense of stillness in the paintings, I think that comes from being content. It’s hard to spend so much energy on a painting that’s not in your heart to paint.”

In her studio, the light is isolated so that it comes from one angle only.

“It makes the objects more three dimensional,” Coonrod explains. “I spend a lot of time in stores, picking out fruits that have more personality. I let them move toward each other or away from each other to create some dynamic. They look a little like people, interacting. I look for such things, and pay a lot of attention to how the colors relate, that’s why I work from life and not photographs. I spend probably a lot of time setting these up, till I have something that speaks to me.”

“What I ultimately strive for is to create a space that I believe in, that people feel they can go into. And feel like it’s an inviting place to be.”