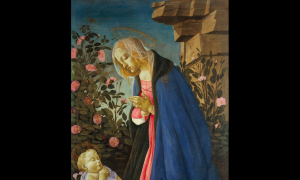 10 Masterpieces From the Scottish National Gallery Come to NYC
0 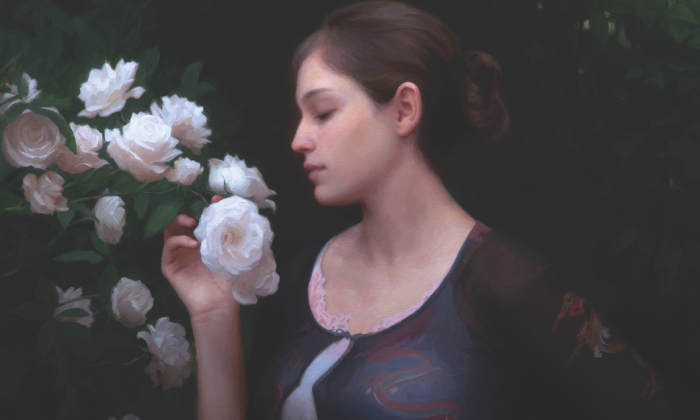 Adrian Gottlieb is considered to be one of the best living portrait painters in the world. A true poet with paint, he manages to imbue his works with an exceptional sensitivity that sets him aside from many of his technically acclaimed peers.

Gottlieb’s extensive artistic training began with a year stint at Carnegie Melon in Pittsburg. He moved on to study illustration at the Rochester Institute of Technology before finding a pamphlet for a studio run by Charles Cecil in Florence. It had been extremely hard finding a school dedicated to the continuation of our Western painting tradition.

“When I left high school, in 1994, the Internet was more of a toy than anything at that point, and not a very good source for research,” Gottlieb remembered.

“But when I arrived in Florence, I knew I was exactly where I needed to be. Florence was the capital of the Southern Renaissance, and the qualities of the place that gave the world Michelangelo and Botticelli were everywhere. The result was a complete immersion into the historical that helped to shape the sensitivities I required as a painter.”

After three years of alternating between Cecil Studios’ summer courses and completing his illustration degree, Gottlieb went on to study at Daniel Graves’s Florence Academy of Art full time for an additional three years. He then returned to the United States and subsequently to California where he has been living since, working as a portrait and figurative painter.

“Even as I paint the figure, which I very much enjoy, the portrait remains the most remarkable aspect of the painting. It’s the psychological center of interest,” Gottlieb said.

Mood is a very important and recognizable aspect of his work.

“I am deeply inspired by the sense of quiet, dignity and honesty of the works of the Dutch Masters, and it is these qualities that continue to guide what I deem to be a successful work. I want to communicate to the viewer that the subject in the painting is thoroughly human and that the very moment in time they occupy is defined by nobility.”

Working from life is cornerstone to Gottlieb’s working method, even in the conceptualizing stages.

“I start with the model from the very beginning. I find that every individual lives and breathes outside of the box—my own box—and gives me ideas and insight into their nature I might not otherwise have had without the continued interaction.”

“After a while, a threshold is reached in which you can no longer intelligently discern the successes and shortcomings in your painting, so it’s good to set it aside to work on other pieces, and return to them with a fresh perspective.”

Reaching the standard he has set is challenging, even for Gottlieb. “I have to play with the poses, usually for a long time, often making adjustments as I proceed,” he said.

Even though preliminary sketches and color studies answer certain questions with regard to designing the painting, Gottlieb feels that each stage of a painting reveals its own unique set of complications, “and so they can only be addressed one at a time.” He recalls redesigning a hand six times in one painting.

To help him strengthen his eye, Gottlieb studies from the Old Masters, notably Van Dyck and Velasquez, who have been considered reliable references for centuries by the masters that followed.

“It’s important to understand how these people successfully addressed issues and to combine them with your own sense of observation and feeling of light, color and mood,” Gottlieb explained, adding that he finds it “completely unnecessary to reinvent the wheel.”

Taking the time to allow a painting to develop over many sessions is not without pitfalls either.

“The sense of life and gesture is the strongest on the first day of painting. The final product should always match the sense of vibrancy of the initial sketch. Working for a long time may make the pose turn stale and lose its sense of movement.”

When asked about what he strives to achieve, Gottlieb said he hopes to create art that’s magnificent in a serene and dignified way. “I see each person as a collection of tales,” he stated. “I hope what I record reflects that people are truly monumental, extraordinary beings full of life, hope and their own stories. If I can accomplish that, a painting is successful.”

Gottlieb is represented by SR Brennen Gallery in Palms Desert, Santa Fe and Scottsdale, Waterhouse Gallery in Santa Barbara, and is a Signature Artist member in the California Art Club.