Painter: Shen Yun an ‘Experience of a Lifetime’ 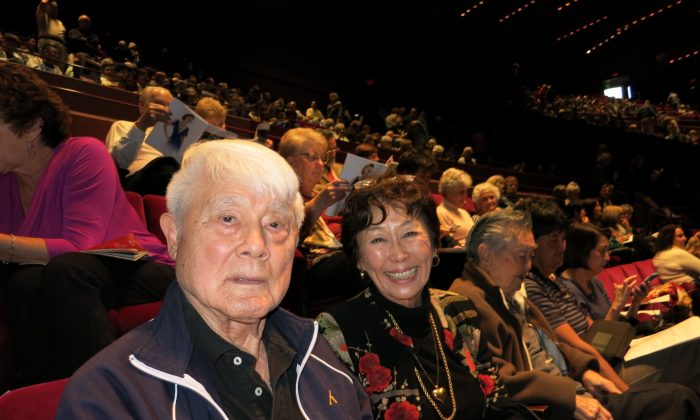 COSTA MESA, Calif.—”This is really an experience of a lifetime,” said Chizuko de Queiroz, a painter and former teacher, after taking in the sights and sounds of Shen Yun Performing Arts on Feb. 1 at the Segerstrom Center for the Arts.

“I’d like to go home and do some paintings,” she said. “It’s very inspirational.”

Mrs. De Queiroz has had exhibitions of her paintings, some of which portray her experiences in Japanese internment camps as a child.

“As they go out and they come in, and then they change positions, it’s like a living painting,” she said, describing the dancers in Shen Yun. “It’s just wonderful.”

“Everything is just so fluid. They’re so ethereal. Heavenly,” she said. “They’re moving like one.”

“Classical Chinese dance has a long history of thousands of years, passed down continuously within the imperial palace and ancient Chinese theater and opera,” explains the Shen Yun website. “Soaking up profound wisdom from every era and dynasty, it has become a complete system of dance embodying traditional aesthetic principles with its unique dance movements, rhythms, and inner meaning.”

“The costumes are so different, the men’s costumes are just really strong and the colors are like the earth, and the women’s are very heavenly,” she said.

Mrs. De Queiroz, who attended with her husband, Richard, said they had been eager to see the performance.

With reporting by Michael Ye and Ben Bendig