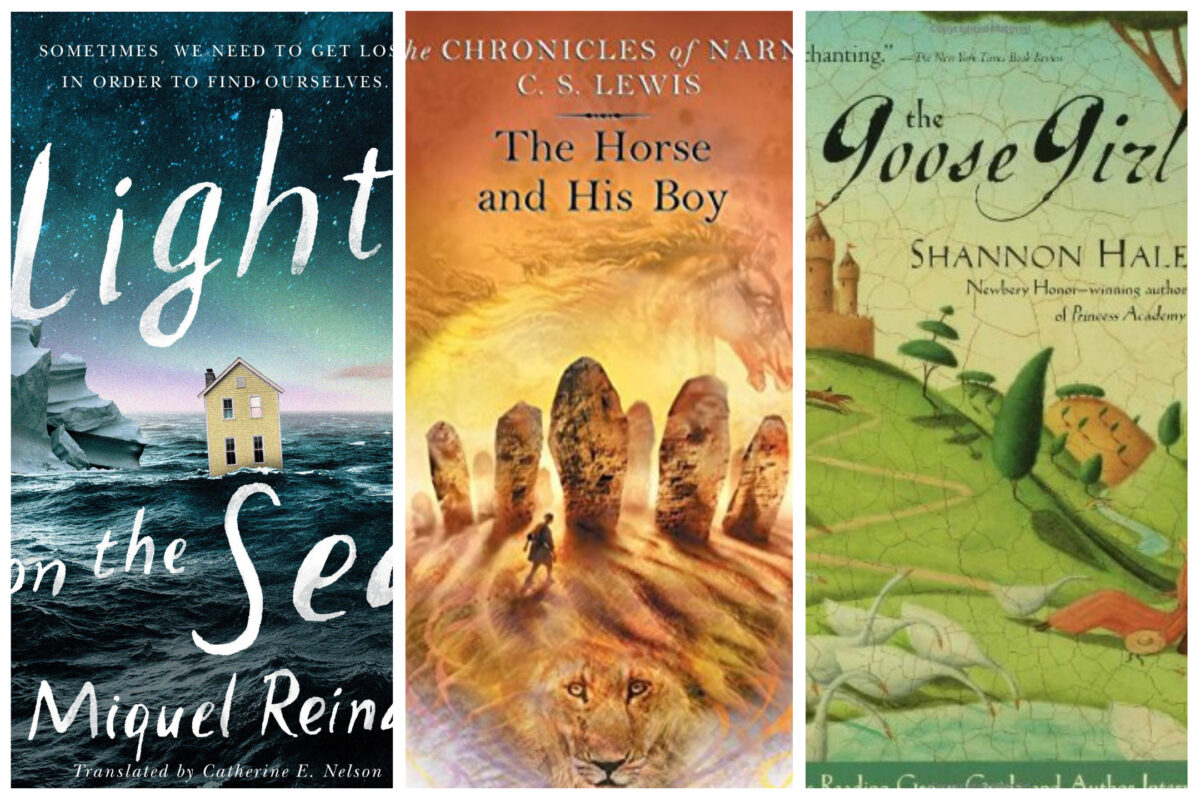 Whether or not your summer plans include vacations and traveling, escaping into a book is another way to enjoy the adventures of a journey. These exciting stories transport readers to distant lands, making them perfect to bring along on a road trip or to read instead of embarking on one yourself! “The Horse and His Boy,” “Goose Girl,” and “Lights on the Sea” are page-turners engrossing enough to rival screen time.

‘The Horse and His Boy’ by CS Lewis

A frequently overlooked book in C. S. Lewis’s “Chronicles of Narnia” series, “The Horse and His Boy” can be read independently of the rest of the classic series. Set not in Narnia, but in the land of Calormen, this book follows the adventures of a young boy, Shasta, who joins forces with a talking horse to flee his unloving father. Shasta is soon brought together with another child running from a life she doesn’t want, with a horse who can speak. The four head toward Narnia and freedom.

As the escapees take on the challenges of a difficult journey, they learn of a scheme to attack Narnia. As the group realizes they alone are in a position to reach Narnia in time to warn and save the peaceful country, new dangers and challenges arise.

In addition to being an excellent storyteller, Lewis is skilled in depicting noble characters. Shasta and his companions struggle to overcome cowardice, faithlessness, and prejudice along their journey and end as true heroes.

This chapter book is generally recommended for readers aged 8 through 12, but the story will likely appeal to younger children as well. (HarperCollins, 2002, 256 pages)

‘The Goose Girl’ by Shannon Hale

An embellished version of a Grimm Brothers’ fairy tale, Shannon Hale’s “The Goose Girl” is a coming-of-age adventure that is hard to put down.

Ani is a princess and her parents’ first-born daughter, yet she is hardly favored. Living in a land where the ability to speak to animals is rare but not impossible, she is forbidden to practice her gift. As she grows older, Ani discovers that instead of taking the throne of her own kingdom, she must wed the prince of a neighboring land. It’s a journey she never wanted to undertake, and it leaves her the victim of a cruel betrayal. She finds herself poor and friendless in an unfamiliar country and must work harder than she ever has before to sustain and protect herself.

This action-packed novel features jealous rivals, loyal friends (both human and animal), and a touch of magic. Ani exhibits impressive determination and bravery, and her adjustment from a waited-upon princess to a humble goose girl comes with many lessons.

‘Lights on the Sea’ by Miquel Reina

Something like a cross between “The Life of Pi” and the Pixar movie “Up,” “Lights on the Sea” by Miquel Reina tells a touching story amidst nearly impossible events. Originally written in Spanish and translated, this book is part of the genre of magical realism and the novel begins with Mary Rose and Harold Grapes’s house falling off a cliff and into the sea—with them in it. Unexpectedly plunged into life-or-death stakes, the couple who had previously been preparing for their retirement must suddenly learn how to adapt their house to life at sea. Their unbelievable voyage balances moments of ingenuity and triumph with moments of despair, creating a unique story that will grip readers.

Though their circumstances are sensational, the work never becomes a simple adventure book. At the heart of the work is Mary Rose and Harold’s love for each other and also their long-felt grief from the loss of their only son. Their emotional healing is intertwined beautifully with their perilous and life-changing journey.

Although not labeled as a young adult book, and despite following an older couple, this novel’s beautiful messages and powerful storytelling makes it a work that teenagers can enjoy and perhaps read again in later years to discover new truths. (Amazon Crossing, 2018, 274 pages)