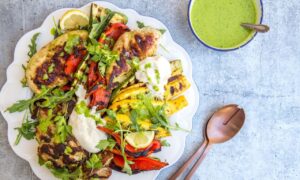 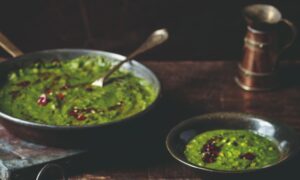 By Carlen Zhang
Print
If you’ve ever eaten paczki (that's plural in Polish for "paczek"), you won’t forget it, and if you haven’t, you should try one and then go running. That’s because these Polish pastries pack around 400 calories each, and they’re so delicious it’s hard to eat only one.

Paczki, pronounced POONCH-KI, are essentially round, glorified doughnuts filled with a variety of sugary flavors. Well, actually, the word "Paczki" is pronounced POONCH-KI because the letter "a" in "paczki" in the Polish alphabet has a little "," symbol beneath it; without that the word would be pronounced PACH-KI, which means "packages." But I digress.

These supremely delectable doughnuts are deep-fried and filled with fruit fillings ranging from strawberry, raspberry, and blueberry, to fillings like custard and sweet cheese. The old favorites are prune, and, believe it or not, rose. But let’s be honest, if you’re going to go a few weeks without sugar as of Wednesday, you should go all the way, and so they’re also either glazed or covered in confectioner’s sugar.

Paczki are typically eaten on Fat Tuesday (Shrove Tuesday, Mardis Gras) before Catholics begin their austere Lent Season and families have to forgo things like lard, sugar, flour, eggs, and fruit. Paczki are usually best when they come out of the oven, warm with the filling oozing out a little.

In Poland, this day falls on the last Thursday before Lent begins (thus Fat Thursday, not Tuesday), and literally hundreds of thousands if not millions of households produce homemade paczki, along with troves of other sweet and fatty pastries. In the United States, today, you'll be able to find them in Polish neighborhoods or Polish food stores in major cities. So if you still have time today, head out and buy one or two (or three or four) and enjoy!