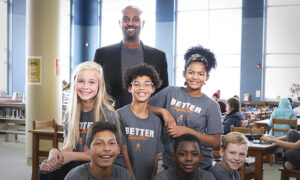 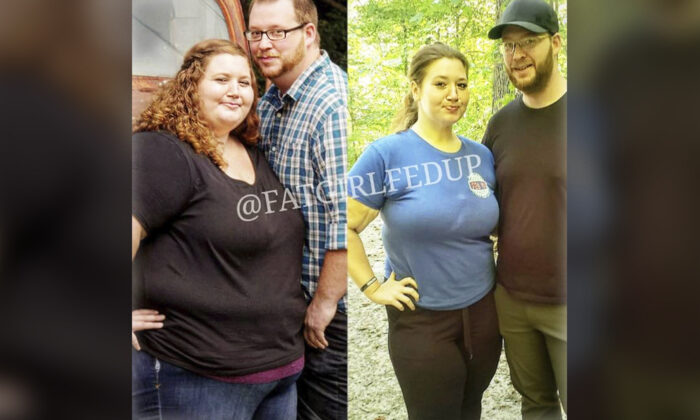 Overweight Couple Fed Up With Being Fat Embark on Weight Loss Journey, Lose 400lbs Together

An Indiana resident has undergone an amazing weight loss transformation over the last few years, shedding hundreds of pounds, by teaming up with her husband and making a serious commitment to change.

Now-30-year-old Lexi Reed, of Terre Haute, Indiana, made a New Year’s resolution in 2016 to lose weight together with her husband, Danny, 31. By March this year, they’d lost nearly 400 pounds (approx. 181 kg) combined, according to My Fitness Pal.

Deciding to share their weight loss journey on social media, clearly Lexi wasn’t happy with her weight at the time—485 pounds (approx. 220 kg)—judging by her handle @FatGirlFedUp on Instagram and Twitter.

A friend had suggested she post updates about her weight loss progress, and although she was initially reluctant, it resulted in her gaining more than a million Instagram followers.

Lexi initially told her friend, “I’m not sharing what I look like with the world. But she said so many people are trying to transform and looking for inspiration, and then I understood it.”

The couple’s main motivation to lose weight was to have a child together, and weighing 485 pounds, Lexi knew that would be difficult, and potentially dangerous.

There were other reasons too.

Her size came with limitations: not being able to ride the roller coaster at Harry Potter World, sit in a restaurant booth, or even drive her car without considerable discomfort. She even struggled to tie her own shoes. She had to act.

“The fact that Danny and I resolved to do this together, and that we had a big reason [to do so was] very helpful, especially on all the days when I didn’t feel motivated,” she says. “In the beginning, that was most days. But we had a mantra of ‘baby Reed,’ so we could remember why we wanted to get healthy.”

Neither had weight issues in their families, but the couple, who met in 2007, spent their free time sat watching TV and eating. The pounds soon piled on.

“Before that resolution, I ate fast food for every meal,” she notes. “I had no idea how to cook, and I wasn’t able to walk a block. So I really was starting from zero, basically.”

In addition to her husband, they found encouragement from friends. One challenged the pair to go to the gym for 30 minutes, five times a week. Although it was difficult at first, they kept each other motivated. Now exercise, like hiking and cycling, is a regular part of their lives.

Both improved their eating habits, too, by tracking calories and replacing fast or junk food with healthier, homemade versions.

The result is that together they have lost nearly 400 pounds (approx. 181 kg), of which Danny has lost around 90 (approx. 41 kg). Lexi has also had surgery to remove the excess skin left by her remarkable weight loss—the skin itself weighed around 7 pounds (approx. 3 kg).

“This is just life-changing,” she says. “I was aware of my limitations because of my size, but now I can see how much it was really affecting me. I wake up now and I’m not exhausted, I can move and not be out of breath, I simply feel healthy when I never really did before.”

As the couple’s transformation progressed, their Instagram presence exploded. Multiple magazines did covers, and in 2018, L’Oréal sent the couple to the SAG Awards to embrace the theme of “strong women.”

“The attention has been kind of crazy, but I think it’s good because people have said, ‘You inspired me to go the gym, you inspired me to eat healthy,’ and that’s all I wanted from the start, to be healthier and show other people it can be done,” she says.

“If there’s one message people can learn from our journey, it’s that big changes require small steps and lots of time. But if we can get there, others can, too.”

The Reeds’ journey has no doubt inspired many others to start, and keep going. However, the importance of their own personal transformation is not lost on the couple.

These days, the two of them are closer than ever. “It wasn’t about the weight that we lost but the life we gained,” Lexi says, and that new life has even included the roller coaster at Harry Potter World.