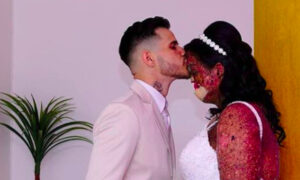 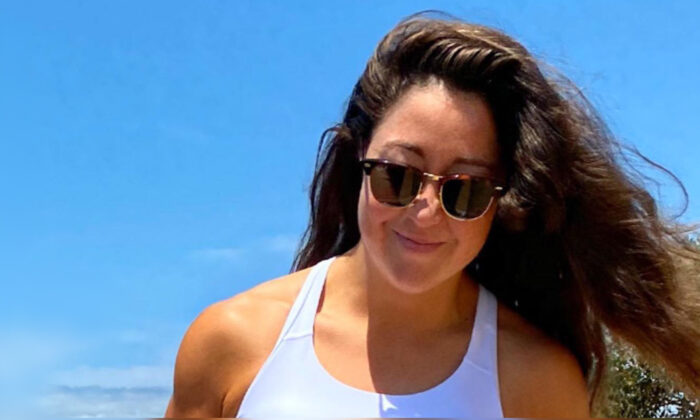 Overweight Aussie Loses 100lb, Shares Her ‘Secret’ When Before and After Pictures Go Viral on Reddit

A 29-year-old Australian student who weighed over 240 pounds (110 kg) managed to shed 100 pounds (45 kg) in just a few months, and her remarkable before and after photos recently went viral.

After posting her photo comparison on Reddit in August, she was flooded by people online begging her to share her weight loss “secret.”

Shelley Bishop is a doctoral student from Brisbane, and her fitness journey began in 2018 while she was manager of a recording studio in Sydney. Years of staying up late, poor diet, and lack of exercise led to her massive weight gain.

“I was working in the music industry in Sydney at the time and my lifestyle mostly consisted of working late nights, eating whatever I could, whenever I could, and it wasn’t healthy at all,” Shelley said, reported Daily Mail.

“I was eating a lot of dense and heavy foods—pizza, pasta, burgers, but really I ate anything that was convenient, cheap and accessible,” she told News.com.au.

Becoming overweight was a “gradual process,” she said, and she didn’t realize how heavy she had become until she lost it later on.

“[L]ooking at old photos, I can’t believe what I used to look like and how unhealthy I was,” she shared.

But when a new gym opened right outside her apartment building two years ago, Shelley saw it as a “sign.”

“I had no excuse anymore,” she said.

Taking advantage of a free one-week membership, she went in not knowing where to begin. But little by little, she started to pick up some routines from online videos and watching others at the gym.

She had always assumed losing weight would entail lots of cardio and ditching carbs. But that wasn’t the case for Shelley.

“I used to think I needed to run and eat nothing to lose weight, but instead I found strength training to be both enjoyable and effective,” she said, as Daily Mail reported.

The first eight months of training were the easiest as she transformed fat into muscle and managed to shed over 65 pounds (30 kg). Then she hit a plateau; gaining lean muscle from then on would be much more of a challenge.

Which was when she sought out a personal trainer to help her with her diet. And that had a huge impact.

“I managed to get really far by myself, but I knew that I needed to call in the expertise of a professional when I hit a certain point,” she told News.com.au.

“When I started to eat carbs and fuel my body with the right foods, that’s when I noticed a massive change.”

Her new diet consisted of foods that were both energy-rich and nutritious.

“My diet changed completely and I was eating high, a high protein, high carb diet and lots of vegetables,” Shelley said. She learned the importance of eating the right kinds of carbohydrates, such as brown rice, oats, and whole grain bread, rather than cutting them out entirely.

She adds: “People don’t realize how important it is to eat the right food, especially when losing weight.

“Now I meal prep chicken, sweet potato and eggs at the start of the week to mix with other meals.

“Instead of eating three larger meals a day, I was eating six smaller meals a day to make sure I was always fueling my body.”

And after a four-month bulking stage, Shelley reached her lowest weight of around 143 pounds (65 kg). It was the best thing she had ever done, she said.

In August, she shared her before and after photos on three different Reddit forums—she shared them anonymously, worried that her early-stage photo might attract negative feedback.

“I suppose the before shot is pretty full on and not something I am proud of,” she told News.com.au.

But she was surprised how interested people were in learning how she managed to lose so much weight.

The post went viral. Within 24 hours, it garnered 10,000 likes and hundreds of comments from people wanting to learn her weight loss secret.

It was simple: find what works best for you, what you enjoy eating, and the activities that suit you.

Soon, supporters on Reddit pushed her to start her own Instagram page called Shred with Shelley, where she aims to help others achieve their health goals.

“I hope to inspire people and make them realize that they are in control of their health and it’s never too late to turn their lives around,” she adds.

Below is a sample of Shelley’s workout routine and daily diet plan: