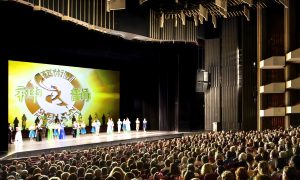 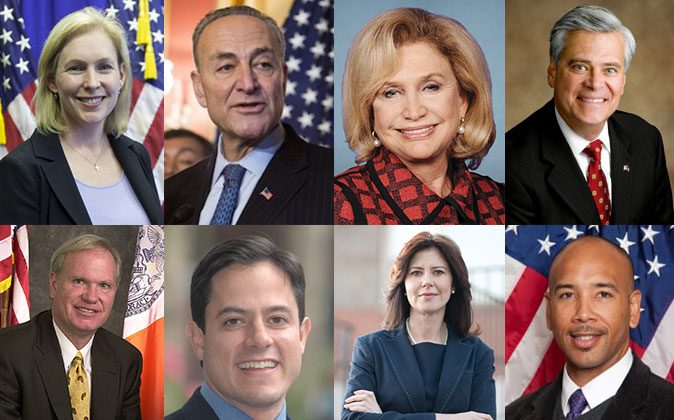 NEW YORK—Internationally renowned Shen Yun Performing Arts is returning to Lincoln Center this January, with praise from over 70 elected officials from New York for the company’s revival of Chinese civilization.

Shen Yun was established in New York in 2006, with the mission of reviving 5,000 years of Chinese civilization through performing arts. Since its inception, Shen Yun has received standing ovations at sold-out performances in many of the world’s top venues such as the Palais des Congrès in Paris, Kennedy Center in Washington, and the London Coliseum. The company travels to over 100 cities each season and has performed nearly 2,000 shows.

The officials noted the unique aspects of Shen Yun’s productions in their statements. From costuming to backdrops, audience members routinely tell Epoch Times the production is unlike any other.

“Performances include classical Chinese dancers, a unique East-West orchestra, and dazzling animated backdrops that move audiences in a beautiful and profound way,” New York state Sen. Phil Boyle stated in a proclamation. “The company’s repertoire is drawn from the pages of history, classic legends, diverse ethnic traditions, and universal themes.” Boyle was one of 17 New York state senators and 28 state assemblymen who honored Shen Yun.

New York state Sen. Kenneth LaValle in a proclamation applauded Shen Yun’s popularity, having grown from one to four internationally touring companies. “Shen Yun is not only entertainment, but also contributes to our society by bringing a long-lost culture back to life.”

“The artistic freedom of the West has allowed Shen Yun Performing Arts to bring ancient Chinese traditions to life on stage, that would otherwise be censored by the Chinese communist regime,” stated Kate Murray, supervisor of Hempstead.

“Shen Yun performances uplift humanity through messages of courage, virtue and harmony as shared with the audience through a creative and fascinating stage presentation,” stated Edward Romain, supervisor of Brookhaven.

Ancient Chinese culture, as the officials noted, is deeply spiritual. It is built on principles like benevolence and justice, propriety and wisdom, respect for the heavens, and these ideals come through in the performances, according to the millions of audience members who have seen Shen Yun.

“In ancient China, artists emphasized virtue, study, and meditation because they took to heart an ancient Chinese belief that to create true art, there must be inner beauty and purity,” stated Glen Cove Mayor Reginald Spinello. “Today, the artists of Shen Yun follow in this noble tradition, immersing themselves in mediation, study of the classics, and adopting the virtues of the ancients into their daily lives. The result is a performance that moves audiences in beautiful and profound ways.”

“The members of the Shen Yun Performing Arts Company have worked diligently on behalf of causes and ideals, which uphold the principles of human decency and brotherhood,” stated Nassau County Executive Edward Mangano.