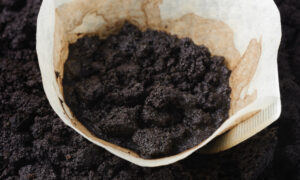 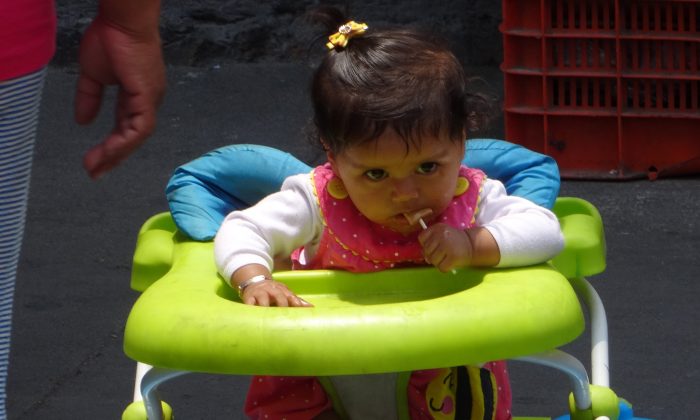 Baby walkers are used to help infants walk before they can walk on their own. (Adam Jones/CC BY-SA 2.0).
Family & Home

Over 2000 Infants Still Injured by Baby Walkers Every Year; Call for Ban

A team of researchers is calling for a ban on baby walkers in the United States to stop harming infants.

According to the 2018 study “Infant Walker-Related Injuries in the United States,” baby-walker injuries dropped after mandatory manufacturing standards for baby-walkers took effect in 2010. The study attributes the drop to the Consumer Product Safety Commission’s (CPSC’s) implementation of the standard, and a variety of factors.

The study supports the American Academy of Pediatricians’ (AAP) earlier call to ban baby walkers in the United States that are blamed for injuring more than 2,000 children each year.

“It’s been a risk-reduction approach, not a risk-elimination approach,” said report co-author Gary A. Smith, who also directs the Centre for Injury Research and Policy at Nationwide Children’s Hospital in Columbus, Ohio.

Baby walkers, infant walkers, or mobile walkers are used to help infants walk before they are able to fully walk on their own. The infant is placed in a suspended seat that is attached to a base with wheels. Supported by the walker, the infant can then walk around.

In the past, this led to significant injuries. An infant can move up to 4 feet per second while in a walker, according to Smith. The most common type of injury historically has been falling down stairs.

In 1997, ASTM International set voluntary manufacturing standards for baby walkers. One requirement was for baby walkers to be made too large to fit through standard doorways. Another involved installing a braking mechanism to stop the walker, if one wheel drops over the top step of a stairway.

In 2010, the CPSC set mandatory manufacturing standards based on the voluntary standards. While the CPSC has the authority to regulate baby walkers, it is the manufacturer’s responsibility to ensure products meet regulations, CPSC spokesperson Karla Crosswhite said in a written statement.

These two pieces of legislation have led to dramatic drops in the number of walker-related injuries, said Smith.

“It’s rare to see that type of success in public health in general,” he said. “It’s like a vaccine, really. And we almost never see it in injury.”

Shift in the Type of Injuries

While incidents of falling down stairs have dropped, the study shows that from 2010 onwards, other types of injuries became a greater cause for concern.

Proximity injuries are caused by an infant’s ability to reach objects, and things that it normally would not be able to reach if it weren’t in a baby walker.

“We’re going to start to see the injuries plateau,” said Smith, “and those proximity injuries aren’t going to be solved by the current strategy.”

Some of these cases are recorded by the National Electric Surveillance System (NEISS), which gathers injury data from the emergency departments of approximately 100 hospitals across the United States.

In one case recorded by NEISS in October 2017, a 13-month-old girl sitting in a walker pulled the cord of a rice cooker, causing the cooker to fall. Hot rice landed on her, and she arrived at the hospital emergency room with severe burns on her abdomen, thighs, hands, and wrist.

In another case, an 8-month-old girl fell 11 steps in her walker during May 2017 while a 10-month-old boy fell 12 steps n August the same year. Both children fractured their skulls.

“When you talk to parents, they blame themselves,” Smith said. “They don’t blame the walker.”

“They just bought the myth that these things are safe if used correctly, but they’re not. They’re inherently dangerous.”