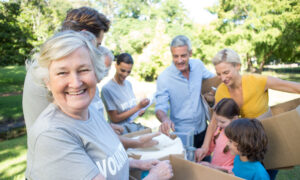 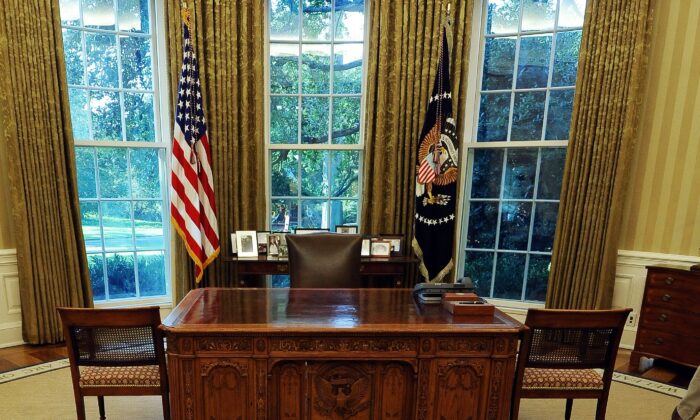 Which president’s literary legacy had the most impact? The Oval Office of the White House in 2010. (Jewel Samad/AFP via Getty Images)
Literature

Many of our modern presidents have written books. When running for office, they frequently publish political manifestos outlining their vision for America or autobiographies describing obstacles they’ve overcome to reach to the top. On leaving office, they reverse this process and write of their days in the White House, the crises they faced, the grace and courage with which they conquered adversity, the friends they made, and the foes they vanquished.

Only time will tell whether the books of these men will continue to draw readers in future years or will instead gather dust on library shelves, studied only by historians and biographers. “Where’s The Rest of Me?: The Autobiography of Ronald Reagan,” an account of his early life and his time in Hollywood is, for example, out of print. And though a bestseller now, Barack Obama’s memoir of his presidency, “A Promised Land,” may find few fans 20 years from now.

Yet if we travel back in time a century or two, we discover several presidents whose prose had a profound effect on the country or whose literary talents still attract admirers today. Among these are Thomas Jefferson, Abraham Lincoln, Ulysses S. Grant, and Theodore Roosevelt.

Surrounded by a platoon of men who possessed a talent for oratory and persuasive writing, Thomas Jefferson nonetheless stands out as the most gifted man of letters among his contemporaries. In addition to the Declaration of Independence, which stands alongside the Constitution as America’s foundational document, Jefferson’s work includes the book “Notes on the State of Virginia,” his draft of “The Virginia Statute of Religious Freedom,” which he considered one of the great accomplishments of his lifetime, and numerous letters that historians now regard as minor masterpieces about democracy and America.

In his education and training, Jefferson accrued advantages that many of his presidential heirs lacked. He received the best available education of his time, undergoing rigorous instruction in the classics, law, and oratory. He studied at the College of William and Mary, and later “read the law” with the prominent attorney George Wythe. Moreover, he lived in the company of men and women who were attentive to speech and the written word, thereby further enhancing his talent for communication.

In 1776, Congress created a “Committee of Five,” which included John Adams, Benjamin Franklin, and Thomas Jefferson, to write a proposal for independence. Though many in the Continental Congress wanted Adams to write the first draft, he was so impressed with Jefferson’s abilities with pen and paper that he urged him to become the chief architect of what would become the Declaration of Independence.

That Jefferson was proud of his work as a writer may be seen from the inscriptions on his tombstone, which he wrote himself. He makes no mention of his presidency, but instead describes his accomplishments as the author of the Declaration of Independence and the Virginia Statute of Religious Freedom, and “Father of the University of Virginia.”

Other than the Constitution, no other document has had so great an impact on the American people.

In regard to formal schooling, Abraham Lincoln stands as Jefferson’s opposite. Largely self-educated—he attended school for less than a year and later learned the law by borrowing books and studying informally with attorneys. Lincoln found his classroom for composition in the King James Bible and the plays and verse of William Shakespeare.

We see the rhythms and cadences of these two literary influences throughout Lincoln’s speeches, especially his Gettysburg Address and his Second Inaugural Address. Unlike so many of our 20th-century presidents, Lincoln wrote these speeches himself, revising them and occasionally reading them aloud to various companions and cabinet members.

Though ungainly and awkward, Lincoln conquered his audiences and readers through his words. His “House Divided” speech—his listeners well knew the biblical verse “A house divided against itself cannot stand”—may have cost him his run for the Senate in 1858, but helped him later win the presidency. His Cooper Union Address of 1860 was made into a pamphlet and printed in many newspapers. In his First Inaugural Address, we hear the rich rhetoric supplied to him by his lifetime of reading and writing:

“We are not enemies, but friends. We must not be enemies. Though passion may have strained, it must not break our bonds of affection. The mystic chords of memory, stretching from every battlefield, and every patriot grave, to every heart and hearth-stone, all over this broad land, will yet swell the chorus of the Union, when again touched, as surely they will be, by the betters angels of our nature.”

The speech failed to dissuade the South from succession, but it is a masterpiece of style, thought, and persuasion.

A short time later, his “Emancipation Proclamation,” the document that he helped compose and that brought about the end of slavery, changed the course of American history.

Throughout my high school and college history courses—I majored in that subject—my textbooks and teachers inevitably depicted Ulysses S. Grant as one of the worst U.S. presidents. He was weak, I was told, and misled by underlings, with the result that his presidency was rife with corruption.

Though there is truth in these charges, historians have since corrected some of those impressions. They acknowledge the bribery and corruption practiced by some associated with Grant’s administration, but also credit him with fighting the Ku Klux Klan in the South. He also attempted to resolve Western conflicts with Native Americans—he appointed Native American Ely Parker as Commissioner of Indian Affairs—and strengthened ties with Great Britain, largely due to the diplomacy of his Secretary of State, Hamilton Fish.

Cheated by a business partner after he’d left the White House, nearly broke, and then told by doctors that he was dying of throat cancer, Grant spent the final year of his life desperately writing his memoirs of the Civil War to provide for his family after his death. With the encouragement and backing of Mark Twain, he finished his two-volume work just days before he died. Again with Twain’s assistance and generous royalty payments, “The Personal Memoirs of Ulysses S. Grant” became a bestseller and brought financial security to his wife, Julia.

That autobiography, which focuses primarily on Grant’s military career, is today considered one of the finest nonfiction works in our literature. Grant’s spare writing, his ability to describe complicated battles, and his comments on various leaders remain valuable both as a guide to the Civil War and as a model for writing.

Though Mark Twain clearly had a vested interest in promoting Grant’s “Personal Memoirs,” many critics would agree with his evaluation of the book:

“I had been comparing the memoirs with Caesar‘s ‘Commentaries.’ … I was able to say in all sincerity, that the same high merits distinguished both books—clarity of statement, directness, simplicity, unpretentiousness, manifest truthfulness, fairness and justice toward friend and foe alike, soldierly candor and frankness, and soldierly avoidance of flowery speech. I placed the two books side by side upon the same high level, and I still think that they belonged there.”

Magnanimous praise indeed from a high priest of American literature.

Of all our presidents, Theodore Roosevelt was as much a writer as a politician. Many today who know something of his life mark him as a bibliophile extraordinaire who often read two or three books a day and who consumed tens of thousands of books in his lifetime, surely making him the most well-read of our chief executives.

Besides reading a library of books, however, Roosevelt was also a prolific author.

In his lifetime, Roosevelt wrote and saw published over 30 books. The range of topics was vast, running from biographies of English Lord Protector Oliver Cromwell and the prominent American senator Thomas Hart Benton to works as diverse as “The Naval War of 1812,” “The Wilderness Hunter,” “The Rough Riders,” “Progressive Principles,” and “A Booklover’s Holidays in the Open.”

Perhaps best-known of his works is “Theodore Roosevelt: An Autobiography,” published several years after he’d left the White House. This memoir, which is still in print and which may be found online as well, weaves together incidents and major events of Roosevelt’s life along with his philosophy for living.  At the end of “Chapter II: The Vigor of Life,” for instance, having addressed such topics as “bodily vigor” and courage, he writes these sentences about a man seeking to acquire fearlessness:

“Let him dream about being a fearless man, and the more he dreams the better he will be, always provided he does his best to realize the dream in practice. He can do his part honorably and well provided only he sets fearlessness before him as an ideal, schools himself to think of danger merely as something to be faced and overcome, and regards life itself as he should regard it, not something to be thrown away, but as a pawn to be promptly hazarded whenever the hazard is warranted by the larger interests of the great game in which we are all engaged.”

A famous Latin tag, “Facta non verba,” translates into English as “Actions, not words.” Generally, this adage holds true. We judge others more by what they do and less by what they say they will do.

These presidents were all men of action. The job demanded that of them. Fortunately for the rest of us, they also possessed the talent to set words and thoughts ablaze, and by those fires helped shine a light on the American Dream.

“Give what you can, with what you have, where you are,” Theodore Roosevelt once wrote.

By their example and by their words, these four presidents urge us to live by that axiom.