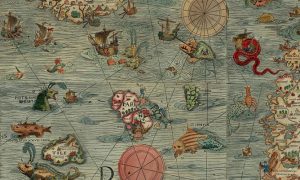 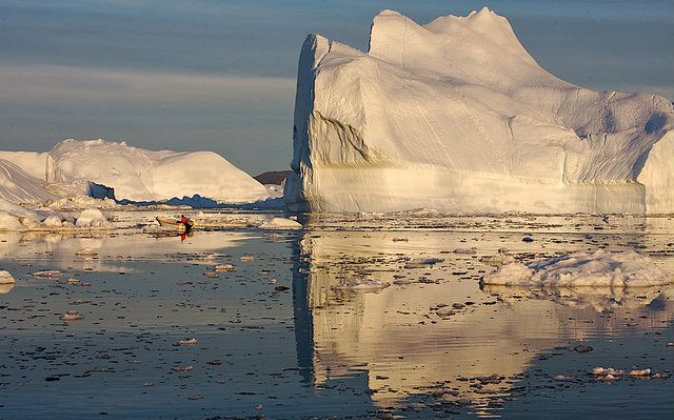 “Oh my god!” I repeatedly say out loud, even though there was nobody around to hear me.

Standing at a view point that overlooks a portion of Greenland’s Ilulissat Icefjord, I’m overwhelmed with disbelief, shock and joy that I’m actually here. A lump forms in my throat. My eyes fill up with tears. The feeling is surreal.

I’m not one to get choked up about the places I visit during my travels. It’s only happened once during a five-hour layover in Germany, the homeland of my grandmother. But seeing this place leaves me flooded with emotions. It’s enormous, stunning, mind-blowing and ridiculously beautiful, yet fragile.

Listed as a UNESCO world heritage site, the massive fjord of continuous ice stretches 70 km until it reaches the enormous Jakobshavns Glacier, which drops icebergs the size of small towns into the frigid ocean. The colossal blocks of ice look like sculptures sparkling in the Arctic sun.

Some are shaped like pyramids, others like castles. They creak and pop like fireworks as they slowly make their way to the mouth of the fjord, only to get hung up on the ocean floor. It’s one of nature’s most impressive displays.

I repeatedly press the shutter button on my camera, trying to capture the grandeur of this spectacular place. But the photos fail to capture its awesomeness, so I continue the 6.9 km hike along the fjord without seeing a single soul.

For those who love to get off the beaten path and away from people, Greenland is certainly the place to be. The population of Ilulissat is about 4,000 people, making it the third largest city in Greenland. The population of the entire country is around 56,000. Finding a nice, quiet hike is never a problem.

Greenland is a country that had never been on my radar as a travel destination. When I told people I was coming to the Arctic island, many of them asked me “Why?” What is there to see?” I had the same thoughts until I watched a documentary called ‘Chasing Ice.’ Images of monstrous glaciers dumping icebergs the size of shopping malls into the ocean left me speechless. It was a place I had to experience myself.

I knew the scenery during my five days in Greenland would be epic, but I didn’t think it would leave me speechless everywhere I turned. As the sun sets on the icebergs in Disko Bay, they turn into a painting filled with brilliant shades of pink and blue. The calm water reflects the unique formations like a mirror, concocting a world like no other.

The next day I hop on a helicopter with World of Greenland to get a view of the giant glacier responsible for creating the unique landscape around Ilulissat.

Eventually I see a wall of ice that spans as far as the eye can see. At 20 km wide, Jakovshavns remains one of the worlds’ most productive glaciers, only surpassed by Antarctica. It dumps 46 km cubed of ice into the ocean each year – enough to cover water consumption in the USA for an entire year.

The glacier is one of the many toes of the Greenland ice sheet that continually pushes out towards the coast. The jagged ice formations embedded in the glacier look like tilted skyscrapers. It’s an unwelcoming environment that makes me feel like a fly about to be swallowed by its prey.

We land on a rocky hill next to the glacier where I’m told we have 30 minutes to explore our surroundings. Immediately I see a pair of orange boxes hooked up to a small solar panel. There’s a sticker on either one that reads “Extreme Ice Survey.”

“Those are the cameras used by scientists,” says the co-pilot. I’m well aware of what the cameras are used for. They are the ones from the Chasing Ice documentary.

A cruise ship in Disko bay.A cruise ship in Disko bay.Scientists say the ice is melting today far more rapidly than at the turn of the millennium. Those who live in Ilulissat tell me they’ve noticed a decrease in the amount of ice, especially around the harbor, allowing fisherman to park their sled dogs and fish for halibut year round with their boats. The icebergs are also getting smaller.

A few days earlier, I tried reaching the ice sheet during a 23 km hike north of Ilulissat at Ice Camp Eqi, but I was forced to turn around in order to make it back before night fall.

This was it. There was no stopping me now that the ice sheet was again within reach. I soon realize, however, that it’s a lot farther than it looks – much like everything else in Greenland. Filled with disappointment, I’m forced to turn back due to limited time.

Before I board the helicopter, I take a few minutes to watch the mind-boggling glacier, hoping a giant piece of ice will come crashing into the water.

On this particular day in late August, however, the glacier is quiet, but leaves me cast under a spell of bewilderment, urging me to someday return to this mysterious land blanketed in ancient ice to see how much it’s changed.

I went with World of Greenland and flew with Air Iceland from Reykjavik domestic airport. The flight was about three hours, but the cost ranges from $1,500 to $2,000 US.

The cost of some of the tours I did with World of Greenland are listed below. They also offer guided hiking tours, but you can easily do the ones in the Ilulissat area on your own (like I did):

– Boat trip to the calving glacier Eqip Sermia with an overnight stay at Glacier Lodge Eqi in a standard hut: $477 US. A day trip to just the calving glacier is about $300 US.
– Evening sail amongst iceburgs: $100 US
– Helicopter tour over the Ilulissat Icefjord: $250 to $580 US

Copyright © 2014 by Go Nomad. This article was written by Pamela Roth and originally published on www.gonomad.com