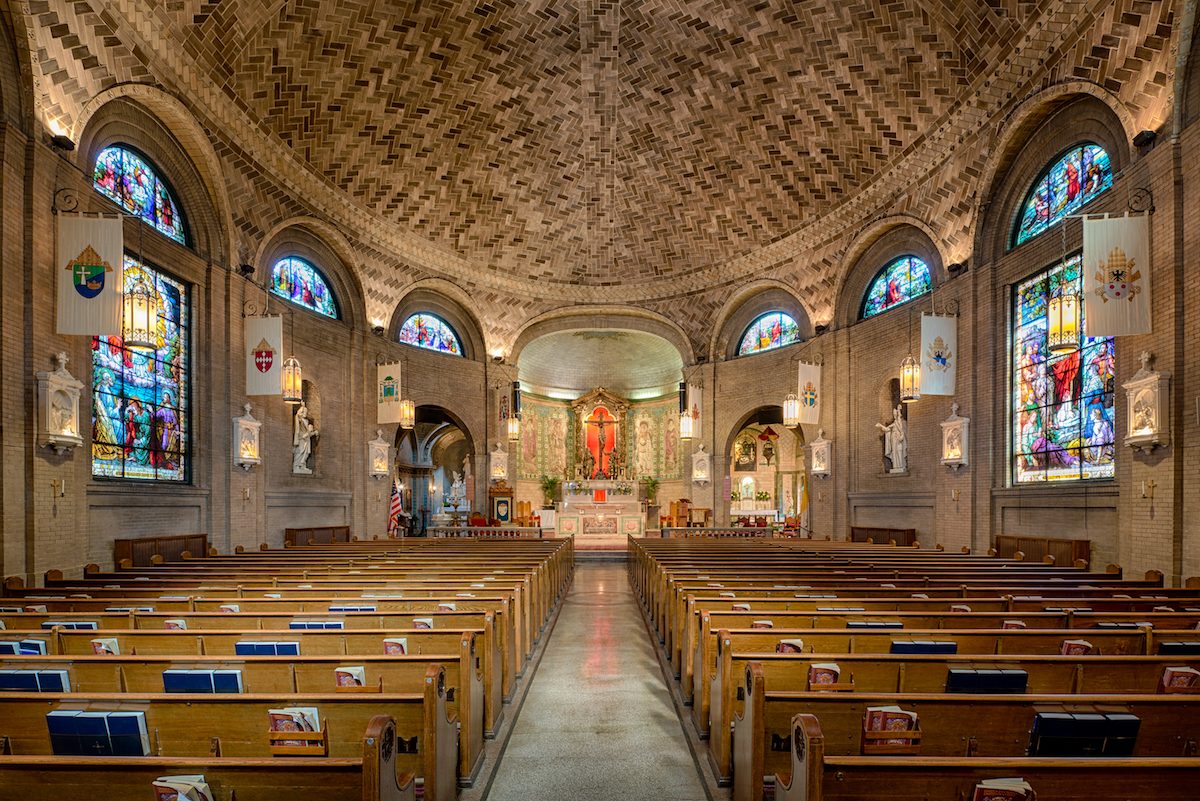 The beautiful interior of the Basilica of Saint Lawrence in Asheville, North Carolina, gives an immediate sense of a sacred place. (Shutterstock)
Arts & Tradition

Our Need for Beauty: A Look at Architecture

There is a deep human need for beauty, and if you ignore that need in architecture, your buildings will not last, since people will never feel at home in them.  —Roger Scruton

Let’s begin with a visit to the Basilica of Saint Lawrence in downtown Asheville, North Carolina.

When we enter this Spanish Renaissance church, designed by architect Rafael Guastavino, we know immediately that we are in a sacred place. Often, tourists who just moments before were laughing loudly and debating restaurants for lunch fall silent when they step from the bustling sidewalk into the basilica. Here in the quiet shadows, candles glimmer. From the walls, statues of saints look into eternity, while at the front of the church are the figures of Mary and Saint John mourning the Crucifixion. Covering the walls of the apse are polychrome, terra cotta portraits of the Four Evangelists and the angels Raphael and Michael. Above the sanctuary is the largest, freestanding, elliptical dome in North America. This space announces its purpose: worship and prayer.

Let’s leave the basilica and wander down the hill, cross the bridge over the expressway, and stroll along Flint Street. Here we find houses a century old or more: eccentric structures with wraparound porches, cupolas, gazebos, and broad lawns shadowed by tall oaks and maples. Those who designed these homes clearly wished to enhance the lives of the families occupying them.

Now we’ll reverse course and head to the downtown area. In 1929, Asheville was a boomtown, mecca to the rich and famous, and a gathering place for builders, craftsmen, and architects. The Great Depression ended the boom. The city spent the next 50 years paying off its debts and lacked the ability to help finance skyscrapers or other modern structures. As a result, nearly 200 art deco buildings escaped the wrecking ball.

Here we find such treasures as the Flatiron Building, a knockoff of its New York sister; the S&W Cafeteria with its lavish mix of blue, gold, and silver ornamentation; and the Grove Arcade with its gargoyles and carved lions, its ground floor of shops and restaurants topped by apartments and condominiums replete with hanging flowers and iron grillwork. The driving architectural forces behind these and other nearby buildings were beauty and utility.

A short distance away, we find the Biltmore House, America’s largest privately owned home, with its many valuable paintings, sculptures, and tapestries. Close at hand is the Grove Park Inn, built in the early part of the 20th century in less than a year by 400 men working 10-hour shifts six days a week. As William Jennings Bryan said in his dedication speech at the Inn, no doubt taking in the massive rock walls, “It was built for the ages.” Yes, and for beauty’s sake.

Not all public buildings must be imposing to please the aesthetic senses. Near my daughter’s home in Front Royal, Virginia, for example, is a white clapboard Methodist church topped by a high steeple. Framed by mountains and fields, this church would strike most passersby as an object worthy of praise. The Happy Creek Coffee Shop in Front Royal, where I am writing these words, was built as a livery stable in 1885, and the craftsmanship of its antique brickwork and milled beams and joists still fetches the admiration of tourists.

Perhaps our propensity for glass and plastic stems from the misapplication of Louis Sullivan’s “Form follows function.” Perhaps the philosophies of utilitarianism and relativity account for the absence of beauty and charm in so many of our buildings.

Whatever the case, this ugliness horrifies even some of the builders. In “From Bauhaus to Our House,” Tom Wolfe’s famous attack on modern architecture, Wolfe writes that many architects “profess to be appalled themselves. Without a blush they will tell you that modern architecture is exhausted, finished. They themselves joke about the glass boxes.”

Over the last few decades, other prominent critics, including Prince Charles of Great Britain, have also assailed modern architecture. One such detractor is philosopher Roger Scruton. In her essay for The Epoch Times on April 10, 2017, “Celebrating the Philosopher of Beauty,” Milene Fernandez reports that Scruton “called architecture ‘a most important realm of artistic practice’ and criticized the modern architect Le Corbusier for destroying the artistry of architecture. The functional concrete and glass architecture that has overtaken cities around the world is a style that is familiar to everyone. ‘It’s horizontal layers of kitchen trays stacked until you’ve got to the limit of your budget,’ he said, as the audience laughed.”

There is reason for hope.

Within a few miles of the Happy Creek Coffee Shop lies Christendom College, a small Catholic school where teachers and students treat seriously the three transcendentals—truth, beauty, and goodness. That the college has a high regard for beauty may be seen in its buildings, most of which are constructed in a “traditional Virginia style.” The library is particularly beautiful, with “the basic form inspired by the college’s guiding principles: The octagonal, domed entry hall stands as a metaphor for Faith, while the two-story atrium at the core of the library embodies Reason,” according to the college’s website.

This year the college has begun building a chapel in the shape of a cross, with a seating capacity of 750 and a Gothic tower 130 feet high. Like Roger Scruton and others, those erecting this chapel recognize the importance of a building’s beauty. They understand that if they are to teach beauty, they must offer examples of that beauty to their students.

It is dismaying to believers in tradition and the saving powers of truth, beauty, and goodness to be confronted daily by a culture imbued with the crass and the vulgar—not only in architecture but also in all the arts and in the public square. At times, that culture seems vacant of any possibility of redemption; it’s like a vast, empty parking lot with a few scraps of paper blowing across the asphalt.

If we look closely, however, we may observe cracks in that bleak pavement.

Pushing up through those cracks are the flowers of beauty. 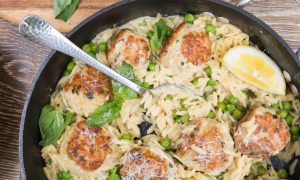 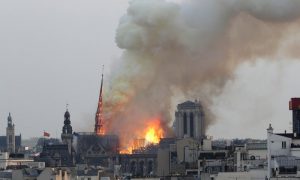 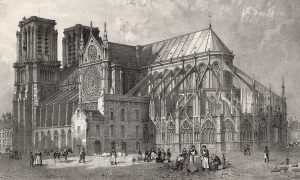 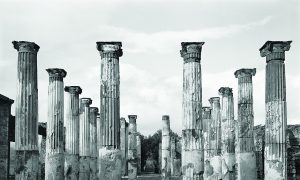