Ottawa Dancers Revel in Shen Yun’s Love of the Art 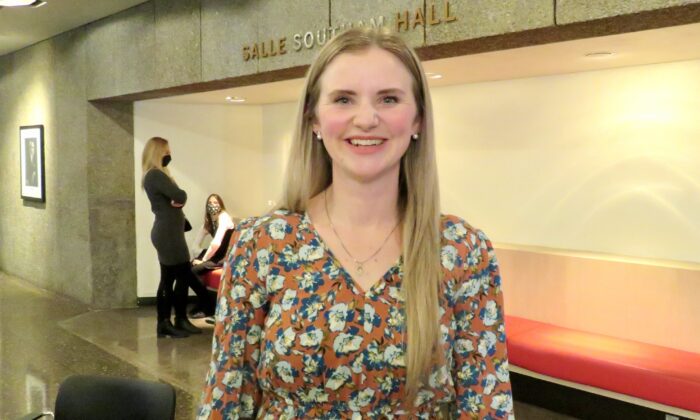 OTTAWA, Canada—Dance has the power to heal when done correctly, says Scottish highland dancer Kayleigh Armstrong. And at the Shen Yun matinee on March 20, she saw a group of performers who truly share the spirit of the art.

“Each and every one of the [dancers] was always showing the emotion in each move,” said Ms. Armstrong. “That’s what shows a good dancer from a great dancer. You see the love coming out of what they’re doing. And for someone who’s been dancing so long, it’s nice to still see that people love to do their job, and that it’s not really a job—they just get to do what they love to do.”

Shen Yun‘s soul comes from its mission: to share the beauty of Chinese culture with the world. The traditional culture was nearly lost due to 70 years of communist rule. Since 2006, the New York-based classical Chinese dance and music company has toured the world’s top theaters.

Classical Chinese dance is diverse, consisting of many flips, turns, and postures, and next to ballet, it is one of the most comprehensive dance forms in the world.

“Highland dancing is very strong and powerful, with a quick extension, whereas when I watch [classical Chinese dance], the strength came out so elegantly and really elongating each movement. So it’s really beautiful to watch,” said Ms. Armstrong.

More than their mastering of the technique, it was the dedication and unity of Shen Yun’s performers that made the experience so satisfying for Ms. Armstrong.

“They didn’t just dance. They understood the music, and they really told a story within the rhythm of the music, which is what caught my eye, and the unison–everybody doing it all at the same time. It was absolutely beautiful,” she said.

Andrea Gaw-Prekob started dancing at age 5 and has had her own studio for 31 years, where she teaches ballet.

The female dancers of Shen Yun are “excellent, with beautiful technique, super fluid and just gorgeous, but strength behind everything, too. So it’s a nice balance of everything.”

Ms. Gaw-Prekob praised the dancers’ “expression through their hands, through where they’re looking, through their legs, their feet,” and noted that the use of props added to that expression.

“It’s just phenomenal with the fans and the flowers and [other props]. It’s like you’re right there and it’s real. It’s just amazing.”

For Ms. Gaw-Prekob, the overall experience was “divine and uplifting.”

“And you just feel it’s magical almost when you’re watching. And it’s lovely to see a different culture.”

Ms. Gaw-Prekob echoed the sentiment that the performers’ love of the art is apparent.

“They have to have discipline and respect for themselves, for their teachers,” she said. “And you see that coming through, that everything is very pure when they’re dancing.”