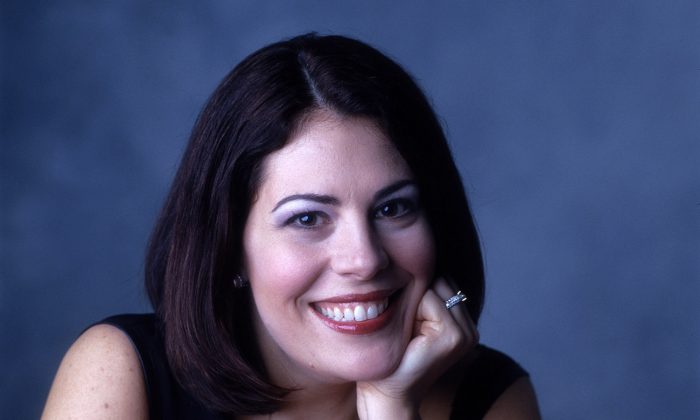 Sondra Radvanovsky has starred at every major opera house in the world. It will be a rare experience for those who get to see her in the intimate setting of the Ottawa International Chamber Music Festival. (Nigel Dickson)
Arts & Culture

OTTAWA—The elegant revolving summit room was packed with music lovers on April 15th, eager to learn what the Ottawa International Chamber Music Festival had in store for them this summer.

Twenty years of success have made artistic director Roman Borys and his crew ambitious rather than complacent. They want to make the anniversary of Chamberfest memorable with big-name favourites and talented newcomers.

Here is a sneak peak of a few of the 120 or so performances and about 300 musicians who will grace the various stages over the two weeks from July 24 to Aug. 7.

Top of the list is world-renowned soprano Sondra Radvanovska, who has performed at every major opera house in the world and is recognized as one of the prominent Verdian sopranos of her generation. On July 29 the Ottawa Chamberfest audience will get a rare opportunity to experience her recital in an intimate setting at Dominion-Chalmers United Church.

On July 24, Brentano String Quartet will open the anniversary festival with Mozart’s elegant String Quartet No. 17, Bartok’s striking String Quartet No. 3, and Elgar’s expressive Sting Quartet in E minor, Op. 83. The Brentanos are the newly appointed Quartet In Residence at Yale School of Music and stars of the original motion picture soundtrack “A Late Quartet.”

On July 25, the Don Byron Quintet will share the stage with Canadian soul/R&B singer Divine Brown, the 2009 JUNO Award winner for “R&B Album of the Year.”

And for the first time in Ottawa, one of the world’s great accordion/bandonéon players, Manu Comté, performs with the award-winning tango Nuevo ensemble Soledad on July 26.

For something a little more out there, on Aug. 1 you can hear “Sounds from Space” in a performance by award-winning percussionist and composer Jesse Stewart, who will present a “remix of images and sounds recorded on two golden records affixed to the Voyager spacecraft.”

As some might expect from such a grand production, to conclude the festivities of this milestone year, on Aug. 7 Ensemble Caprice will perform its interpretation of the famous Brandenburg Concertos.

The Ottawa International Chamber Music Festival offers classical and contemporary chamber music performances and everything in between. There will be musical activities for the kids, a comedic tribute to Shakespeare, Chamber chats, workshops, and outdoor concerts.

Early-bird tickets went on sale April 16 and will be available until June 1. For more festival lineup and ticket information, visit www.ChamberFest.com