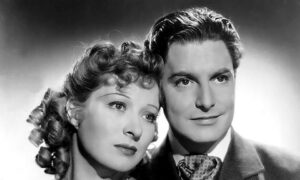 Orchestra Director: ‘I thought the whole show was absolutely wonderful’

“I absolutely loved it,” she said after the show. “I didn't know what to expect. I’ve never seen [Chinese dance] live before and I was absolutely amazed, just blown away. Loved it.”

Ms. Macleod, who plays piano and has a background in ballet, was also impressed with the dancers. Through classical Chinese dance—one of the world’s oldest and most comprehensive dance forms—Shen Yun presents legends and events from China’s profound 5,000-year history.

“The dancing was wonderful. I thought they were perfectly synchronized—hands, feet, faces, expressions. It was wonderful,” she said.

She added that she “liked the watercolour ethereal aspect” of Shen Yun’s unique animated backdrops, which change throughout the show and sometimes interact with the piece being played out onstage.

Ms. Macleod described as “excellent” the pianist who accompanied the soprano and the two tenors who performed in the show.

“I thought the whole show was absolutely wonderful,” she said.

Founded in 1991, the many accomplishments of the Toronto Youth Wind Orchestra include countless awards, broadcasts, recordings, and featured guest appearances at major festivals.

In 2006, the orchestra was honoured as the first Canadian youth band to perform at Carnegie Hall in the Ensemble Spotlight Series. It has been invited to return to Carnegie Hall in celebration of the ensemble’s 20th anniversary in 2011.