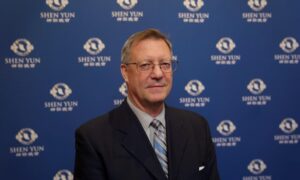 VP: Shen Yun Music 'Makes you glad to be alive'
0 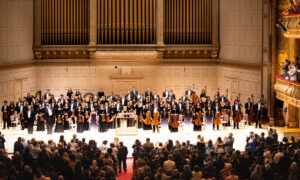 Actor Moved by Love and Passion in Shen Yun Concert
0 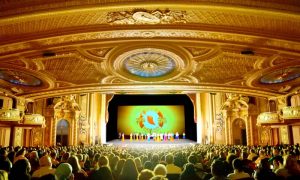 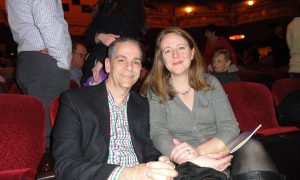 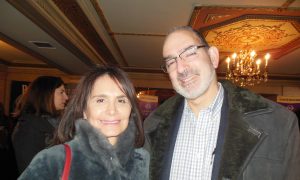 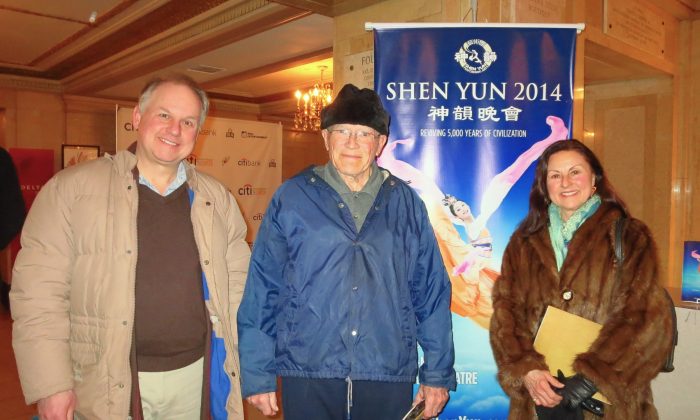 Entering the theater, a full house, he took a look into the orchestra pit to see if he recognized any of the players. He realized Shen Yun’s orchestra travels with the company, instead of hiring local talent as many performances do. Shen Yun Performing Arts Orchestra is unique.

It combines classical Western and Chinese instruments. Shen Yun’s website explains: “Is it possible for the disparate sounds of East and West to find harmony? Many have tried and failed. But the ability to seamlessly blend these two systems to create one fresh, harmonious sound is what makes the Shen Yun Performing Arts Orchestra unique.

“This is how the effect is achieved: A Western philharmonic orchestra plays the foundation, while traditional Chinese instruments lead the melodies.”

Mr. Lauriat said it was an interesting blend, and “It was a lot of fun.” He complimented the conductor and said the timing and the overall effect was good. “Well done,” he said.

Shen Yun is a New York-based non-profit organization that travels the world reviving 5,000 years of Chinese culture through story-based dances. The orchestra accompanies each dance, and between dances, soloists also take the stage.

Ms. LeBel, who works in marketing research, agreed and added: “I thought it was great. We had a wonderful time, [it was] unique. We liked it.”

She praised the dance, the music, the costumes, and the animated digital background. The latter opens the stage to grand scenes from Chinese history—and even to the heavens.

Shen Yun’s website explains: “Since ancient times, China has been known as the ‘Celestial Empire.’ This refers not only to China’s strength and position as East Asia’s Middle Kingdom, it also captures a more profound meaning, describing a land where the divine and mortal once coexisted. It refers to the belief that the divine, through various dynasties, transmitted a rich and abundant culture to the Chinese people. Chinese culture is thus known as ‘divinely inspired,’ and is the only culture in the world to have a continuous recorded history of 5,000 years.”