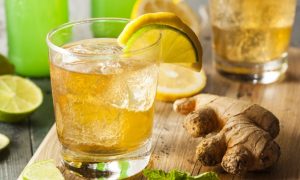 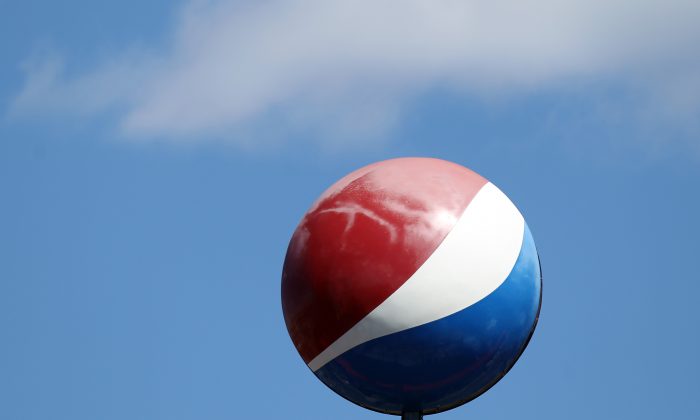 A detail of the Pepsi Cola sign is seen in the outfield as the New York Mets host the Atlanta Braves during their Opening Day Game at Citi Field on April 5, 2012 in New York City. (Nick Laham/Getty Images)
Business & Economy

Orange Hibiscus Is the New Pepsi

One of America’s largest beverage companies wants in on the craft soda trend, but they don’t necessarily want you to know.

PepsiCo will soon launch a soda fountain machine that dispenses its new line of craft soda—Stubborn Soda—made with sugar and natural ingredients, the Associated Press reported on Thursday.

For now, the fountain sodas are only available at restaurants, so consumers probably won’t immediately get that they are made by Pepsi. Stubborn Soda’s logo, for example, doesn’t mention its parent company at all.

Gina Anderson, a PepsiCo representative, said Stubborn Soda is still in an “incubation” phase, so the company doesn’t have any confirmed restaurant clients yet.

PepsiCo’s move comes at a time when soda consumption has been on the decline, as health-conscious consumers are increasingly turning away from high-fructose corn syrup and other high-sugar foods. Last year, Americans’ per capita consumption of carbonated beverages fell to its lowest level since 1986—at about 674 eight-ounce servings per person, according to the trade publication Beverage Digest, which also first reported PepsiCo’s new soda line.

Craft soda is a rising trend in the beverage industry; its use of sugar and more natural ingredients appeal to young consumers who crave better-quality and healthier alternatives to mass-produced sodas.

PepsiCo first took a crack at the craft soda trend when it launched Caleb’s Kola in October last year, a soda made with African “kola” nuts and fair-trade cane sugar.

But the soda’s affiliation with the company was not clearly advertised. The soda’s packaging doesn’t show PepsiCo’s logo or brand prominently, and the Caleb’s Kola website doesn’t mention the company anywhere.

Launching a craft soda line that is offered at restaurants could be another way PepsiCo gains leverage in the specialty, craft soda market without consumers knowing its mass production origins.

Craft soda is also increasingly a popular beverage that fast-casual and fast food restaurants want to offer to consumers, according to QSR Magazine, the trade publication for the quick-service and fast-casual restaurant industries.

The more natural quality of craft sodas fit well with the healthy, fresh food that fast-casual restaurants pride themselves in offering.

“Freshness and originality are becoming increasingly important buying factors for today’s restaurant-goers, and operators have begun bolstering their drink programs with premium craft-soda options, which offer customers a more enhanced beverage experience than traditional mass-market picks,” the magazine reported in a 2013 story on the trend.

Craft soda brands are typically made in smaller batches and with locally sourced ingredients, which contrasts sharply with the way PepsiCo manufactures its sodas. But offering specialty sodas through a soda fountain machine could be the company’s way to break into the restaurant market. Restaurants that brand themselves on offering natural, fresh food can now find an easy beverage complement to go with it.