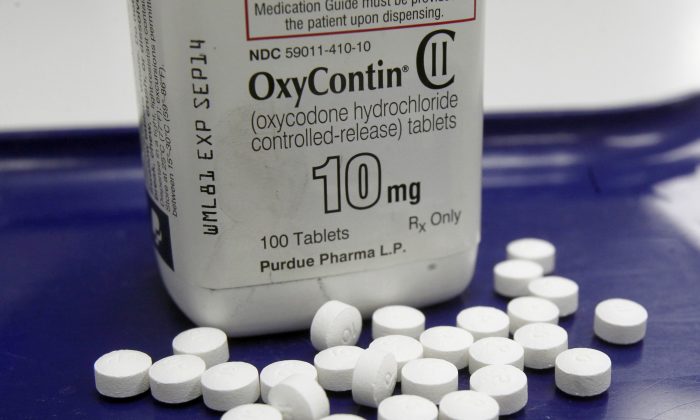 Opioids like morphine, oxycodone, and methadone that are used as painkillers may actually cause an increase in pain over time, suggests a study released on May 30.

Pain relievers are already deemed dangerous, because of the drug’s abuse, addiction, and fatal overdoses.

From 2001 to 2014 there was a 3.4-fold increase in the total number of deaths caused by opioid painkillers, according to the National Institute on Drug Abuse. An estimated 20,000 Americans died in 2015 from overdoses of prescription opioid pain relievers.

A new study by the University of Colorado Boulder found that opioids like morphine causes an increase in chronic pain. The use of lab rats in the study suggests that opioids could have a major impact in humans.

Researchers found that just a few days of morphine treatment caused chronic pain that went on for several months by aggravating the release of pain signals from specific immune cells in the spinal cord.

The study suggests that the recent increase in opioid prescriptions in humans may contribute to chronic pain.

“We are showing for the first time that even a brief exposure to opioids can have long-term negative effects on pain,” said one of the lead authors of the study, Professor Peter Grace.

We found the treatment was contributing to the problem.
— Prof. Peter Grace, University of Colorado Boulder

“We found the treatment was contributing to the problem,” he added.

The study shows that an outer nerve injury in rats sends a message from damaged nerve cells to spinal cord immune cells known as glial cells. The first signal of pain sends glial cells into a precautionary state, waiting to see what happens next.

“I look at it like turning up a dimmer switch on the spinal cord,” said Grace.

When the rat’s injury was treated with only five days of opioids, the glial cells went into overdrive and triggered a cascade of action, including spinal cord inflammation, the study said.

Professor Linda Watkins, who also led the study, says the initial pain signals to the spinal cords and the morphine-induced treatment that follows is a two-hit process, which resembles slapping a person’s face

“You might get away with the first slap, but not the second,” said Watkins.

This is a very ugly side to opioids that had not been recognized before.
— Prof. Linda Watkins, University of Colorado Boulder

The study also found that a protein called interleukin-1beta (IL-1b) increases the activity of pain-responsive nerve cells in the brain and spinal cord, which can make pain last several months.

“The implications for people taking opioids like morphine, oxycodone and methadone are great, since we show the short-term decision to take such opioids can have devastating consequences of making pain worse and longer lasting,” said Watkins.

“This is a very ugly side to opioids that had not been recognized before,” she added.

The study was published in the journal “Proceedings of the National Academy of Sciences.”