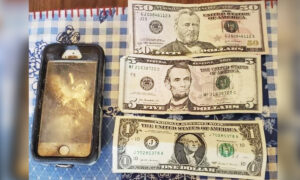 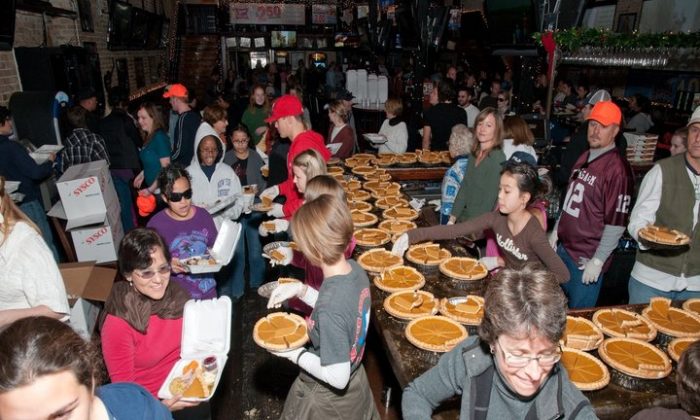 Volunteers around the United States are teaming up for Operation Turkey, which will provide tens of thousands of individuals in need with the same traditional Thanksgiving meal people typically enjoy with family and friends.

Operation Turkey, now in its 18th year, is a volunteer nonprofit organization working all year to ensure no one goes without a warm meal on Thanksgiving Day. The initiative began when one well-off man felt compelled to gift his holiday supper leftovers to an underprivileged person.

The organization grows annually to serve people in poverty. With the aid of more than 20,000 helpers positioned around the country, the group will prepare and hand deliver 75,000 turkey suppers, with accompanying fixings, this Nov. 22.

Richard Bagdonas, the nonprofit founder, left a Thanksgiving gathering in Texas 18 years ago with the extras he was too full to consume.

He was heading toward his residency when a homeless gentleman on the side of the road caught his attention.

Bagdonas quickly concluded it would be more beneficial to leave his Thanksgiving leftovers with someone less fortunate in downtown Austin than to take it home to an already-full refrigerator.

“That Thanksgiving, I drove to Sixth Street on my way home and handed my food to a homeless man in a wheelchair,” Bagdonas recalled.

“He couldn’t thank me because he was mentally challenged, but the homeless guy next to him said ‘thank you’ and helped feed the meal to the man,” he continued.

After the brief exchange, Bagdonas was overcome with emotion.

“I sat in my car and cried, and I knew I wanted to do something about it,” he said.

The following Thanksgiving, Bagdonas handed out plates of turkey, with the trimmings, to two people in Austin.

In keeping with his new tradition, he doubled his contribution to four plates of food, and bestowed two coats and a blanket on poverty-stricken persons he located downtown in 2002.

Bagdonas determined then he would continue to at least double the number of meals he would serve each Thanksgiving, and he did so.

During the next six years, he was able to give many indigent individuals warm clothing, coats, and coverings.

In 2009, Bagdonas supplied 4,000 turkey suppers, through monetary donations and contributions, and with assistance provided by 2,000 eager volunteers.

That same year, Brian Tolbert, Bagdonas’ friend and the current Operation Turkey Executive Director, served hot meals with the group for the first time and was instantly touched by the organization’s mission.

After running the charity for 10 years, Bagdonas, a longtime entrepreneur, decided Tolbert was the perfect person to put at the helm.

It was in his heart to begin an additional charity to provide aid to children diagnosed with autism spectrum disorder, so Bagdonas asked his buddy if he would consider taking over the Thanksgiving nonprofit.

Tolbert, though already holding a full-time job, realized the potential the grassroots organization had and felt excitement about sharing the concept in additional cities.

“In that moment, when he asked me, I had a flashback to when I was a kid,” he said.

While growing up in a small Texas town, Tolbert’s family struggled financially, but had more than enough food available through regular fishing, hunting, and gardening efforts.

His mother often called upon her son to take their surplus of fruits and vegetables to those in need in their close-knit community.

Tolbert would walk along the railroad tracks to town to offer his family’s abundance of produce to people who could use fresh ingredients.

“Little did I know, I was a volunteer as a little kid, and that act was preparing me for where I am today,” he said.

Tolbert accepted the unpaid position with Operation Turkey and immediately began dedicating time and energy to touch lives each Thanksgiving.

The nonprofit then grew under the leadership of Tolbert, with more meal distribution sites and fundraising activities added each year. P.F. Chang’s, a Chinese bistro chain, became the official sponsor, allowing the charity to utilize their locations for meal production on Thanksgiving Day.

In 2015, Operation Turkey blessed 30,000 people with warm plates of food and opened additional locations in Georgia, North Carolina, and Texas.

With a passion to help others, Venassia Gunter became the lead volunteer coordinator for the Fayetteville, North Carolina, branch.

“For me, pulling communities together with the same goals and working together as one is a beautiful thing,” Gunter said.

She said one of her biggest goals is to teach her own children to serve their neighbors before taking care of the rest the world.

Tolbert noted Operation Turkey does not have a single paid employee.

“We all do this because we want to,” he said.

Andrea Williams saw the importance of Operation Turkey firsthand when she volunteered in Fayetteville and now is the lead volunteer coordinator in Spring Lake, North Carolina.

“Regardless of socioeconomic status, education level, titles, or any materialistic items we may or may not possess, we can always encourage, teach, and serve our brothers and sisters throughout the community,” she said.

Tolbert said it is costing the organization a total of $187,500 to make and give out the 75,000 traditional holiday meals this year, which equates to $2.50 per dinner.

Contributed food items help keep the cost down. Costco, for example, donates the bottles of water accompanying the dinners.

At 8 a.m. on Thanksgiving Day, volunteers ranging from young children to retired individuals will convene at a designated location and be assigned to various positions for Operation Turkey.

Tolbert said children specifically are asked to trace their hands on styrofoam containers and write uplifting holiday messages each year.

Most volunteers will be placed along bustling assembly lines.

“We are able to turn out 88 meals in a minute,” Tolbert said.

“We step out on faith that we will be able to increase the number of people we feed each year,” he said.

Fundraising efforts will continue to help afford the meals being given.

“Every dollar that comes in goes toward the cost of food,” Tolbert said.

The thanks Tolbert gets from those the organization serves is payment enough for him.

“When I see the homeless people with their plates, with ‘happy Thanksgiving’ written on them, and I see the smiles on their faces, that is what keeps me going,” he said.

To find out how to obtain a free hot meal for Thanksgiving, to volunteer at a distribution site, or to provide a monetary contribution, visit www.operationturkey.com.