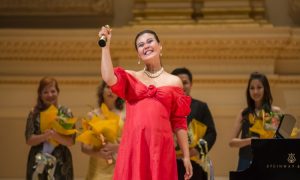 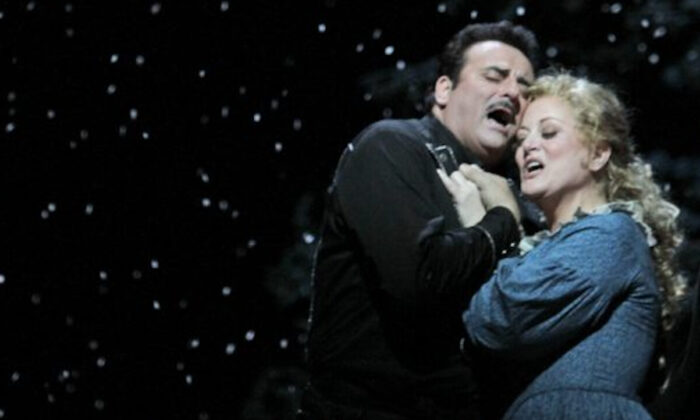 Opera Tenor Marcello Giordani passed away on Oct. 5 aged 56, according to his obituary.

360NG reported that the Italian opera tenor had a fatal heart attack in his home in Augusta, Sicily after he had lunch with his family in Monte Tauro. Authorities were contacted, and a helicopter ambulance arrived on the scene. Although the emergency dispatchers attempted to resuscitate Giordani, their efforts were unsuccessful.

His obituary read that he is survived by his wife, Wilma Giordani, and his two sons.

“I talked to his wife, Wilma,” Giordani’s vocal coach, Bill Schuman, told The Associated Press. “He said he was thirsty, got up from his chair for some water, and collapsed. They had a helicopter-ambulance come in, but he was already gone.”

In an era when the Three Tenors waned in the 1990s and 2000s, Giordani was sought after in lyric and later spinto roles.

“It’s a tragic loss,” soprano Renée Fleming, a frequent singing partner, wrote in a text to the AP, recalling him as “a remarkably lovely man.”

“He possessed the easiest, most clarion high notes, and was convincing in every role,” she said.

The opera tenor had initially been working at a bank. But at the age of 19, he left his job to pursue a musical career and took singing lessons under Nino Carta after moving to Milan, Italy, according to his biography on his website. In a biography on the AllMusic website, it was written that he had studied vocal music while singing at a local church choir.

He eventually went on to win a singing competition in Spoleto, Italy and made his debut in 1988 in Milan’s Teatro Alla Scala with the role of Rodolfo in the Opera La Boheme.

Following this, he made his debut in the United States when he performed at Portland Opera, playing Nadir in the opera Les Pecheurs de Perles. He was also given the role of Nemorino in the opera L’elisir d’Amore in 1993 in New York City.

As his musical career progressed, Giordani played various roles and became known as a very talented and flexible opera singer. It was written in the AllMusic biography that Giordani had encountered some vocal problems during his initial years after his United States debut. However, in 1992, he studied with vocal teacher Bill Schuman, who helped the tenor overcome the problems. His career then flourished as he toured worldwide with many companies.

Throughout his career, he was actively involved in the organization process of creating musical programs for aspiring musicians, such as holding master classes, seminars, as well as summer programs to encourage aspiring musicians. He provided aspiring musicians with professional training, career assistance, and financial support, according to the biography on his website.

In 2010, he founded the Marcello Giordani Foundation, according to the AllMusic biography, and organized its first singing competition to be held in early 2011.

On Oct. 21, 2012, Giordani had partnered with NTD in NTD’s Sixth International Vocal Competition Concert. He performed with the winner of the competition at the world-famous Stern Auditorium in Carnegie Hall during a final concert.

Also, he performed three classic operatic arias, which included his well-known Nessun Dorma during the concert, according to NTD.

In an interview with NTD’s sister media, The Epoch Times, in 2012, Giordani shared the elements that empowered his dream, enriched his love, and gave real purpose to what he does.

An Influence Beyond Time

Giordani said he would never have been able to succeed without his father. “I am from a little town in Sicily where people rarely pursue an operatic career. My father was a huge fan of opera and used to listen to arias all the time, and one day I joined him to attend a performance at the Teatro Bellini in Catania. I was just blown away! I knew it right away: I wanted to end up on that stage and sing all those beautiful arias.”

Giordani considered his father a most extraordinary person. “Even though he was not a musician, he was my mentor, my guiding light,” he said. Giordani’s father recognized his son’s talent at a very young age and always supported him, both financially and mentally. Other members of the family wanted Giordani to do something “serious like becoming a banker.”

His father’s influence extended beyond his father’s life. In 1994, Giordani’s father passed away. “I was really challenged and was about to abandon my career because nothing made sense to me anymore,” Giordani recalled. His wife encouraged Giordani to continue to sing. “She insisted that my father would have wanted it,” he said.

Describing the effect of his first encounter with opera, Giordani said, “It is a spell that has never left me. It is a pure magic—the music, the stage setting, the story, the poetry, the entire atmosphere, the smell of the theater—it is just a combination of many things that makes opera a beautiful art form.”

Giordani advises young opera singers to “never ever stop studying, always stay humble, and try to grow as an artist and as a person as well.”

By growing as a person, he said it means to be a good person, a compassionate person. “If you are compassionate, you automatically have beauty in your heart, mind, and soul.”

By humble, Giordani means to be grateful for being blessed with talent. “It is our duty to accept it and make it available to other people.”

The Associated Press and Epoch Times reporter Pamela Tsai contributed to this report.