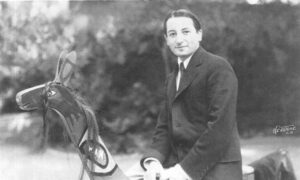 The Premiere, in Life and in Music
0
Share Now
FacebookTweetParlerEmail
Copy Link 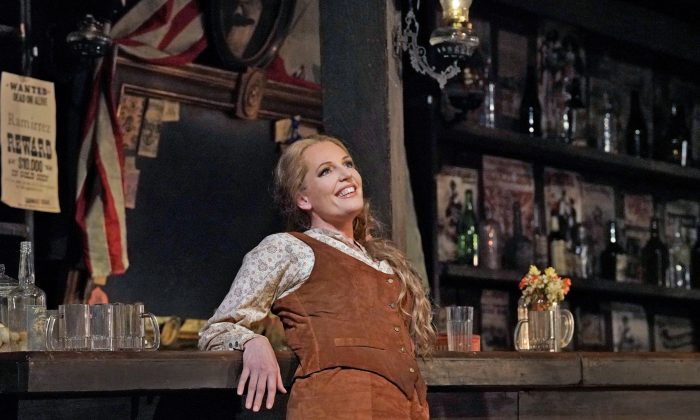 NEW YORK—“La Fanciulla del West” (“The Girl of the Golden West”) had its splashy world premiere at The Metropolitan Opera in 1910 with Enrico Caruso, Emmy Destinn, and Pasquale Amato starring, and Arturo Toscanini conducting. Despite the powerhouse opening performance, the opera, though periodically revived at the Met, did not become one of Giacomo Puccini’s more popular works.

Puccini (1858–1924) was in attendance at the opening, as was David Belasco, who had written, designed, and directed the production. Puccini was an admirer of Broadway’s Belasco (1853–1931), whose highly popular works were known more for their style than their substance. Puccini first made an opera out of Belasco’s “Madame Butterfly.” Also impressed with Belasco’s Western drama, “The Girl of the Golden West,” he turned that into an opera as well.

The opera is now recognized as a classic and is back at the Met in Giancarlo del Monaco’s handsome 1991 production.

Often jokingly referred to as the first “spaghetti Western,” “La Fanciulla del West” has a fairy-tale plot but a sophisticated score, albeit with only one major aria. That the title character is a pistol-packing, strong-willed young woman adds to the modern appeal of the work.

Synopsis of a Western Fairy Tale

The opera starts in the Polka Saloon in a mining town at the foot of the Cloudy Mountains in California during the Gold Rush. When the miners return from a day’s work, they are greeted by Nick (the bartender). Initially, they are playing cards and joking about the fact that the town has a dance hall but no women to dance with. The mood darkens when Jake Wallace sings a nostalgic song about his elderly parents, which causes some of the men to break into tears. When young Jim Larkens begs for help to get back home, the miners take up a collection. Their more violent nature comes to the fore when one named Sid is accused of cheating at cards.

Some of the men are in love with the one eligible woman in town, Minnie, who is young, beautiful, and owns the bar. Wells Fargo agent Ashby brings news that the notorious outlaw Ramerrez and his gang are about to be captured.

Several of the men are more interested in which of them will marry Minnie and, when they start arguing, she appears. The strait-laced bar owner lectures the rowdy crowd from the Bible.

When the sheriff Jack Rance tries to pitch woo, Minnie expresses her lack of interest.

A stranger claiming to be Dick Johnson (but is really Ramerrez) arrives, and Minnie recalls meeting him once before. When Johnson and Minnie dance, Rance suspects that the man is a romantic rival and orders him to leave town. Minnie convinces the crowd to let him stay.

Suddenly, a captured member of the outlaw gang is dragged in. He whispers to Johnson that he let himself be caught so that his leader can rob the miners’ savings kept at the saloon. The bandit then agrees to lead Rance and the men to the outlaws, in what amounts to a wild-goose chase.

When Minnie and Johnson are alone, she shows him the hiding place for the money. He swears he will safeguard it. Minnie confides that she has never been kissed, and Johnson promises to visit her at her cabin.

In Act 2 at Minnie’s cabin, a Native American woman sings a lullaby to her baby but then gets into an argument with the child’s father. After they leave, Johnson and Minnie reunite and she gets that first kiss. She invites him to spend the night, ostensibly because it started snowing. When they hear shooting outside, Johnson hides (which should tip off Minnie that he is not Mr. Right). Rance turns up and warns her that Johnson is really Ramerrez. She convinces the sheriff that she is safe, and when she is alone with her new boyfriend, she rebukes him for his lawbreaking past. He claims to have been reformed as soon as he saw her in the bar. She, nevertheless, throws him out. After a shot rings out, he staggers back in, and Minnie hides him in the attic.

Rance suspects that the outlaw is there and is convinced when a drop of blood falls on his hand. To save Johnson, Minnie challenges the sheriff to a game of poker. If Rance wins, he gets her; if he loses, he lets the outlaw escape. The lass wins by cheating, and the sheriff leaves.

In Act 3, Minnie has successfully treated Ramerrez’s wounds. He is again on the run, but the miners form a lynch mob and capture him. Ramerrez is resigned to die but asks only that Minnie be told he escaped. She appears, distraught and holding a rifle. She reminds them of her Bible lesson that all sinners can be redeemed. They give in, and the two lovers go off to live happily ever after.

A Winning Performance by Eva-Maria Westbroek

Minnie is a difficult role, requiring an almost Wagnerian voice; golden-haired Eva-Maria Westbroek has both the voice and the looks for the part. She has an immense voice and even acts credibly despite the plot’s absurdity. Yusif Eyvazov has a ringing tenor and appropriately brought the house down with his big aria, “Ch’ella mi creda.”

There was an announcement at the beginning that baritone Zeljko Lucic (as Jack Rance) had a cold, but this apparently had no effect on his singing. The three leads meld well together, and they could easily star together in Puccini’s “Tosca.”

Marco Armiliato led the Met orchestra with panache, and the set and costume designer Michael Scott as well as the supporting cast and male chorus are praiseworthy. There is also a real horse.

Starting Oct. 17, Jonas Kaufmann will take over the lead role of Dick Johnson.