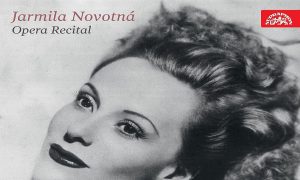 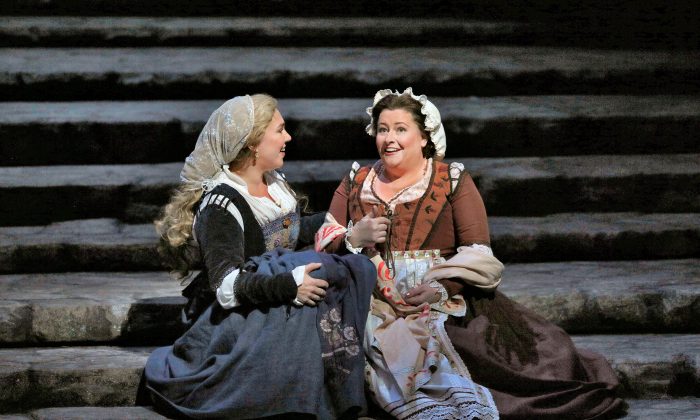 NEW YORK—Richard Wagner’s “Die Meistersinger von Nürnberg” clocks in at almost six hours, which may be too much of a good thing. Or maybe not. The Metropolitan Opera’s revival has undeniable charm, some laughs and stirring sections, starting with the overture beautifully played by the orchestra under the baton of James Levine.

This is the Otto Schenk production from 1993, with sets by Günther Schneider-Siemssen, costumes by Rolf Langenfass, and lighting by Gil Wechsler. The remaining performances this month will be the final ones for this production. It’s old-fashioned in the best sense, not overly extravagant but carefully evoking the time and place of the opera. The audience applauded several times when the curtain went up.

Wagner wrote the libretto for the opera, and the plot is like “American Idol” transplanted to Germany in the 16th century with a romance thrown in, as well as some philosophizing about art.

The opera starts with the young knight Walther von Stolzing arriving in Nuremberg and falling in love at first sight with Eva, the daughter of the goldsmith Pogner. He learns that she plans to marry the winner of an upcoming song contest. (These people are serious about their music.)

The contestants have to both write a song and perform it. Walther’s rival, both romantically and musically, is the town clerk Sextus Beckmesser. The latter judges Walther’s trial song and, in the manner of Simon Cowell, gives him a thumbs-down.

The key figure in the opera is Hans Sachs, a cobbler and mastersinger. He is a widower, and Eva suggests that she wouldn’t mind if he won the contest. He points out that he is much older, having known her since she was a child, and is therefore an inappropriate love interest. (Sachs shares some similarities to Wagner—the composer was not so honorable in his treatment of women.)

When Sachs learns of the mutual attraction between Eva and Walther, he decides to help the young lovers. In a funny scene, he frustrates the efforts of Beckmesser to serenade Eva. Moreover, the woman the clerk is singing to turns out to be Eva’s friend Magdalene, arousing the anger of her suitor, David, who happens to be Sachs’s apprentice.

The next day, Walther shows up at Sachs’s workshop, and the cobbler helps the knight fashion his poem into a finished song. When they aren’t looking, Beckmesser appears and steals the piece of paper with the song.

At the contest, Beckmesser makes a fool of himself, garbling the words of the song so that they come out as nonsense. Walther delivers the finished piece and wins the competition. At first, he inexplicably turns down the masters’ necklace, but Sachs convinces him to accept it. Thus, the hero gets the prize and Eva.

The role of Sachs is a complex and demanding one, and bass-baritone James Morris delivers a powerful performance. If his voice has lost some of its luster, he more than compensates with his multifaceted interpretation of the character.

As Walther, tenor Johan Botha impresses with his clarion sound and smooth delivery. His “Prize Song” was certainly among the musical highlights of the evening along with Sachs’s monologues “Was duftet doch der Flieder” and “Wahn! Wahn! Überall Wahn!” Botha is not much in the way of an actor, but his singing is always a pleasure.

The soprano Annette Dasch looks and sounds right as Eva and so does the bass Hans-Peter König as her father, Pogner.

The German baritone Johannes Martin Kränzle is simply wonderful as Beckmesser, the comic heavy, who is humiliated in the end, a sort of Malvolio figure.

Also noteworthy in the large cast is the other set of lovers, mezzo-soprano Karen Cargill as Magdalene and tenor Paul Appleby as David.

The chorus and orchestra maintain their consistently high standards, and the presence of James Levine is always a cherished event.

The outstanding baritone Michael Volle will play Sachs on Dec. 9 and 13, and Morris will return for the performances on Dec. 17, 20, and 23 at the Metropolitan Opera House, Lincoln Center; 212-362-6000, metopera.org