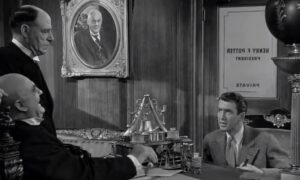 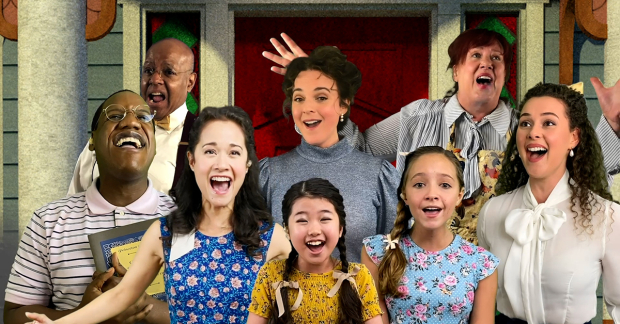 Online Theater Review: ‘Meet Me in St. Louis’: A Holiday Special in Song and on Screen

Get set for a terrific two-hour virtual production on YouTube.

The scene is a middle-class home in St. Louis in the year 1903. The Smith family eagerly awaits the arrival of the World’s Fair the following year.

Charlotte Moore, artistic director of the Irish Repertory Theatre has adapted the story (based on “The Kensington Stories” by Sally Benson) from the well-loved MGM movie and later Broadway production of “Meet Me in St. Louis,” in which Moore was a featured member of the cast. Here, she also directs.

Creators of this delectable event include book by Hugh Wheeler and songs by Hugh Martin and Ralph Blane.

The time, 1903, places us long before the shattering conflagrations that would throw the entire world into turmoil.

Now, life is easy, without conflict. The most stressful event is the inability of young John Truitt (Max von Essen) to retrieve his tuxedo in time to take his lovely neighbor Esther Smith (Shereen Ahmed) to the ball that evening.

Esther, on her part, is enabled to sing “The Boy Next Door.” Ahmed by the way, is a treat to look at, and her gorgeous soprano would move almost any young man.

This household is steered by Alonzo Smith (Rufus Collins), who must have dinner served at exactly at 6:30, and his level-headed wife Anna (Melissa Errico).

Others include Kerry Conte as Lucille Ballard, Ian Holcomb as Warren Sheffield, and Ashley Robinson as Postman and Trolley Man.

Daily life is uneventful, with major emphasis placed on the romantic attachments of Esther and Rose, the latter on tenderhooks as she waits for an important phone call from Chicago—a man!

They all treat themselves to a ride on the trolley, giving voice to the boisterous “The Trolley Song.” Other lovely tunes include “Have Yourself a Merry Little Christmas,” and “You’ll Hear a Bell.”

It’s an era of innocence and simplicity. Father Alonzo does complicate matters later, and tension builds for the first time. But all is set right by the fall of the curtain.

Streaming is free, but donations are cheerfully accepted and are much appreciated during these sparse times.