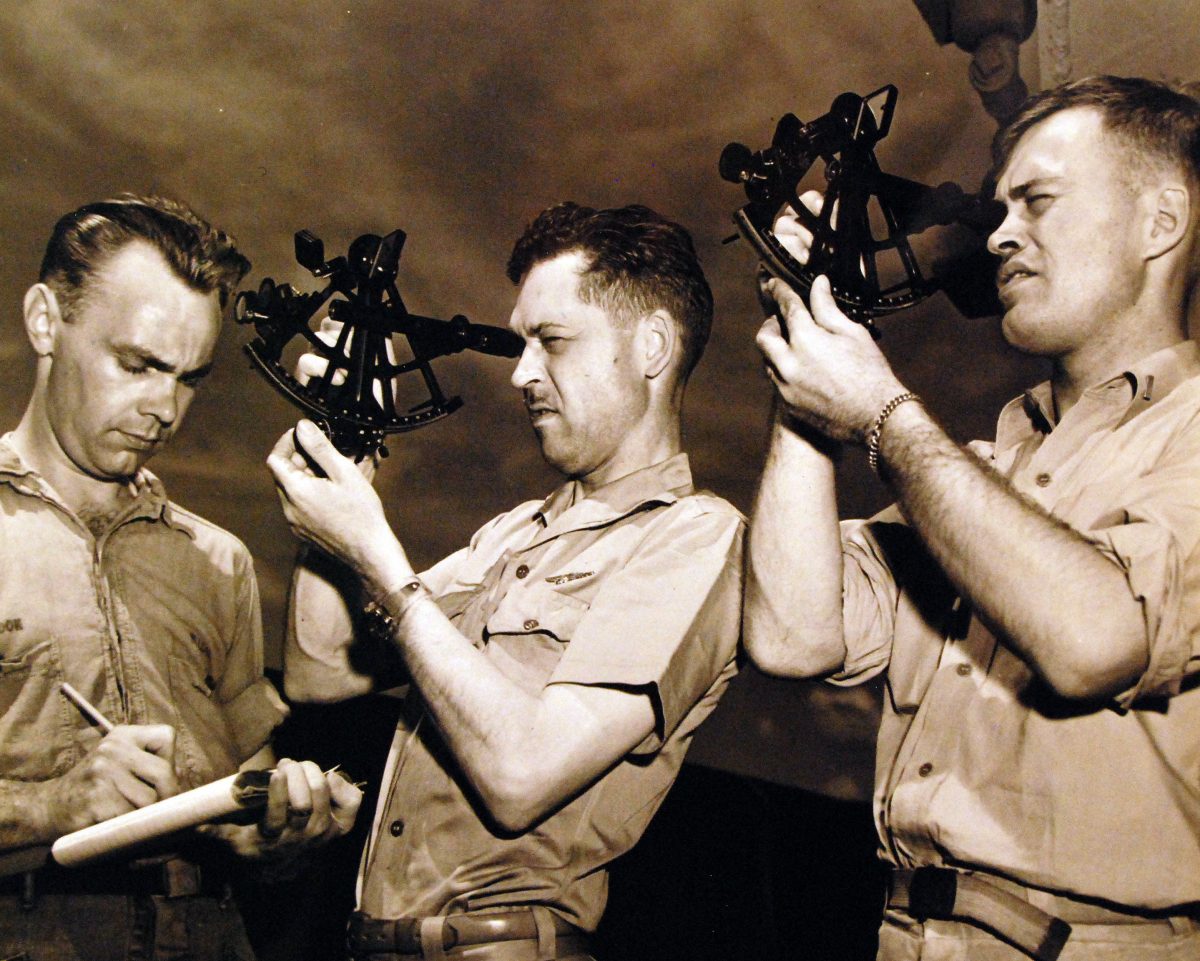 One Thing I Cherish: My Father’s 1952 C. Plath Sextant

My precious possession is my father’s C. Plath sextant [a marine instrument for navigation].

My father was a U.S. Merchant Marine officer during World War II, and two of his ships were torpedoed and sunk by German U-boats. After my father’s first ship was torpedoed, he spent over four months in the hospital, only to recover sufficiently to be assigned to another ship that suffered the same fate before the war’s end. He survived them both.

After the war, he was an Esso (now Exxon) and a Gulf oil tanker captain.

Interestingly, even though he should have harbored animosity toward the Germans, in 1952 he purchased a C. Plath sextant in Hamburg, Germany. The company made its excellent nautical instruments in Germany beginning in the mid-1800s.

I have what I believe to be the original signed C. Plath certificate of manufacture, dated Feb. 7, 1952, that attests to the accuracy of the instrument when it left the manufacturer in Hamburg. I also have an original U.S. customs form completed by my father, Roy V. Denton, and countersigned by a customs inspector, dated May 5, 1952. Therefore, we can assume my father acquired the instrument during the interval between February and May 1952.

He used it during the balance of his career, even though merchant ships had moved exclusively to electronic and satellite navigation systems, which made sextants obsolete.

He liked exercising the skill that celestial navigation with a sextant required, and always wanted to confirm his satellite navigation information with more traditional methods. He, essentially, continued to use the instrument the captains of those U-boats used to track and sink his ships in World War II.

I still have his sextant and do cherish it.

Carl Christian Plath set up his business, C. Plath, in 1857 making surveying instruments. The business survived for three generations until it was sold in 1961.

Plath started to make sextants, instruments that use an astronomical object and the horizon for navigation, in 1862, when he took over an established maritime instrument store from David Filby. In his Hamburg, Germany, workshop, he handcrafted sextants, barometers, and compasses. He also inspected those nautical instruments onboard ships around northern Germany.

In 1865, C. Plath began making octants, a newly patented compass card, and a patent log, which is a device to measure a ship’s speed. The company continued to manufacture the famous C. Plath sextant until World War II.

Attesting to the excellence of the products, in 1889, Plath’s work was commended by the Hamburg Crafts and Industry Exhibition, receiving a gold medal for excellent precision work and the best-made instruments in Hamburg. And Plath and his son Theodore, who became a partner in the business in 1899, won a silver medal—“the highest distinction for nautical instruments in commercial shipping”—when they presented their navigational instruments at the Paris World Exhibition in 1900.

This innovation in craftsmanship and invention from Plath’s workshop continued in the next century. In 1913, C. Plath made marine history when it equipped the Hamburg–America Line ocean liner SS Imperator with a gyrocompass. It was the first merchant ship in the world to have one onboard.

Plath’s legacy lives on, although the company was sold in 1961. C. Plath marine compasses are still being manufactured in Hamburg, but now by Hein & Oetting.

Do you have an old object you cherish (pre-1955) that shows fine craftsmanship and traditional values? If you’d like to share your story, please write to Lorraine Ferrier at arts@epochtimes.nyc with a short description and we’ll be in touch.