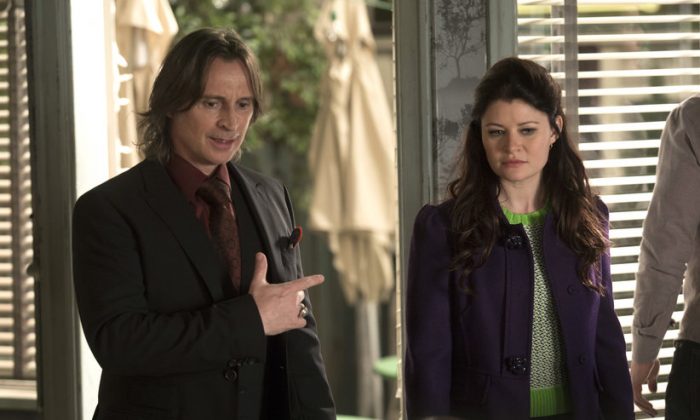 Once Upon a Time Season 4 Spoilers: Belle’s Past Before Meeting Rumplestiltskin Likely Explored; and Sidney to Return

Once Upon a Time season 4 will have a lot going on even outside of the Frozen characters who will be introduced next season.

Belle has become one of the most beloved characters on the show, and viewers will learn more about her.

TVLine reports that some of Belle’s backstory–her past before she met Rumplestiltskin–may be explored.

And TVGuide adds that Belle may uncover the truth about Rumple changing the dagger.

Elsewhere, Signey (Giancarlo Esposito) will return to help Regina as she sets her sights on destroying those standing in the way of her happy ending.

Henry will start working with Mr. Gold at the pawn shop. Snow White and Charming will be trying to get used to being parents to a young child. And Emma will be deadling with having a stable relationship for once.

And as for the Frozen characters, as reported previously they will be preparing for Anna and Kristoff’s wedding (the characters are coming in after the events in the movie).

Elsa, Pabbie, and Hans will also be featured. Elizabeth Mitchell will play a yet unknown character.

Once Upon a Time season 4 will premiere on Sunday, September 28. The season will be split in half–the first airing in 2014 and the second airing during 2015.