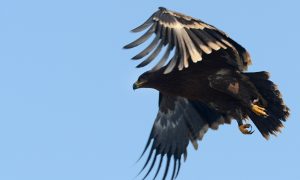 Poetry and the Power of Praise
0 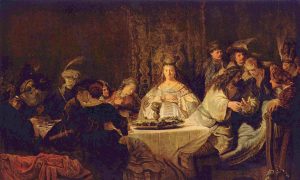 The Deep and Fun History of Poetic Riddles
0 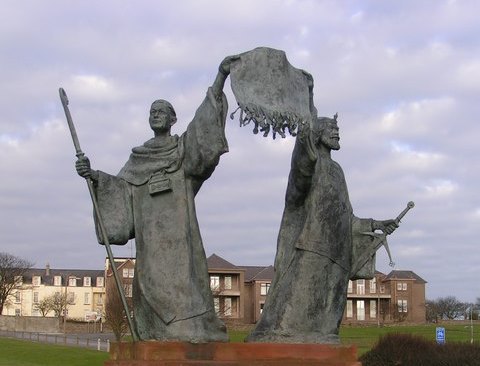 Memorial for the Declaration of Arbroath, with a 1320 letter submitted to Pope John XXII, held by Bernard, Abbot of Arbroath, and Robert the Bruce”, King of Scots, in Grampian Gardens, Arbroath, Scotland. (Karen Vernon/CC BY-SA 2.0)
Literature

On the 700th Anniversary of the Declaration of Arbroath

When, long ago, the Roman Empire reached far and wide across Europe, there was one land where the Roman legions could not extend their iron grip and where Emperor Hadrian finally had to build a wall to protect the empire. This land of unmatched bravery and free spirits was none other than Scotland.

About 1,200 years later, that same Scottish mettle stood in defiance of England when the English king, Edward II, tried to put someone of his liking on the Scottish throne. Scottish King Robert the Bruce picked up where the legendary Scottish hero William Wallace left off and led his people to their most famous victory at the Battle of Bannockburn in 1314.

Six years later, under pressure from Pope John XXII in Rome to make peace and give in to the English crown, the Scots again stood their ground. They came together as one people and sent a respectful but stern letter to the pope (who had vast political power in medieval Europe). The letter, signed by six Scottish earls and 31 Scottish barons on April 6, 1320—which was 700 years ago this month—became known as the Declaration of Arbroath and secured both Scottish freedom and good relations with the pope.

The declaration states: “As long as but a hundred of us remain alive, never will we on any conditions be brought under English rule. It is in truth not for glory, nor riches, nor honors, that we are fighting, but for freedom—for that alone, which no honest man gives up but with life itself.”

Such noble and freedom-loving words undoubtedly had an influence on the formation of the United States of America some 450 years later. Many of America’s Founding Fathers had Scottish blood coursing through their veins, and two signers of the American Declaration of Independence (James Wilson of Pennsylvania and John Witherspoon of New Jersey) were actually natives of Scotland. In a 1998 resolution, the U.S. Senate formally recognized that America’s Declaration of Independence was “modeled on” the Declaration of Arbroath.

For the American poet Joseph Charles MacKenzie, the Declaration of Arbroath’s 700th anniversary has been an occasion to celebrate his Scottish roots.

A New Mexican native and current resident, MacKenzie grew up like many Americans, with a European last name scooped up out of America’s deculturizing melting pot. However, unlike most who have been here for many generations, his father treasured his ethnic roots and made sure to pass that love on to his son.

“I remember quite fondly my father and I attending a Burns Supper in Albuquerque the year I was selected to recite the ‘Ode to a Haggis,’” said MacKenzie by email.

The Burns poem on the classic Scottish dish begins:

Fair fa’ your honest, sonsie face,
Great chieftain o the puddin’-race!
Aboon them a’ ye tak your place,
Painch, tripe, or thairm:
Weel are ye worthy o’ a grace
As lang’s my arm.

Good luck to you and your honest, plump face,
Great chieftain of the sausage race!
Above them all you take your place,
Stomach, tripe, or intestines:
Well are you worthy of a grace
As long as my arm.

With such fun poetry, it is perhaps no wonder that MacKenzie continues to celebrate his Scottish heritage so vibrantly—he even can be seen dressed in a kilt on his poetry website.

After childhood, MacKenzie would go on to study the Scots language during his graduate course in philology. In the 1990s, he entered the Scottish International Open Poetry Competition and became the first American to ever win it. While there, he had the opportunity to meet some of the great Scottish poets of the 20th century, who were part of the Scottish Renaissance movement.

“To have spent an afternoon with Norman MacCaig in Edinburgh after reciting his poems in Irvine—and just to hear Norman’s voice, really—or to speak with Iain Crichton Smith at length, and then to meet my future mentor, Sam Gilliland, whose Lallans [a dialect of Scots] speech still rings in my ears to this day, all these experiences drew me into the language irrevocably,” said MacKenzie.

Watt, who writes exclusively in Scots, said that the Scots language is making a comeback.

“As the spoken word between Scots, it is used quite a lot and there is currently a revival of interest in written Scots, especially in poetry. Lallans, the magazine of the Scots Language Society, which incidentally, is the only magazine that is all in Scots, has new writers appearing in each issue,” said Watt, in an email interview. He is hoping the Scottish parliament will also step in to promote Scots, which is mostly absent from Scotland’s English-language television and radio.

Watt sees the renewal of interest in the Scots language by Americans with Scottish background, such as MacKenzie, as another positive development. “It is part of who they are. As part of their genetic makeup, it is surely part of their inner self,” Watt said.

Undaunted by the pandemic and resulting social effects, MacKenzie and Watt have worked in conjunction with the New York-based Society of Classical Poets to create what MacKenzie calls a “poetry bridge” on the occasion of the 700th anniversary of the signing of the Declaration of Arbroath.

The project includes a poem and translation by Watt in Scots, and a poem specifically honoring the Declaration of Arbroath, also in Scots, by MacKenzie. The poems are accompanied by Scots readings by Watts, as well as English translations.

In a public comment, C.B. Anderson, an award-winning American poet, said he can’t understand Scots but nonetheless enjoyed the reading: “I like the sound, either spoken or presented to the mind’s ear, of the auld language. It gives me gooseflesh, and that is rare these days.”

MacKenzie sees the Declaration of Arbroath as not only relevant today but also “politically active.” He describes himself as an “unapologetic, Catholic monarchist who rejects Vatican II” and who has always defended the royal line of Great Britain, the Stuarts, against “academic revisionism while arguing for the superiority of traditional forms of monarchy over modern parliamentarianism.”

Whether or not Scots is your cup of tea, the history behind the Declaration of Arbroath—a major work in Western civilization—has gained renewed attention.

Thus, the poetry bridge of MacKenzie and Watts delivers a uniquely Scottish yet also universal message about celebrating traditions that enrich our lives and rejecting those ideas that seek to destroy such traditions.