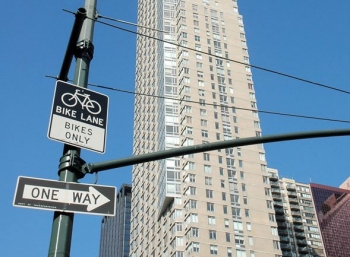 One way or another. (Mingguo/The Epoch Times)
Life & Tradition

Whenever I encounter a bottleneck situation in life, I would consult this friend of mine, and he never fails to enlighten me.

“It’s not that you’ve come to the end of the road, but that it’s time to make a turn.”

That was an article written by a girl and it touched me. She was unable to get over her first love and was so miserable that she thought of committing suicide. Just when she was about to do that, she saw a line on a bus that read, “It’s not that you’ve come to the end of the road, but that it’s time to make a turn.” And she gave up the thought of killing herself.

There are setbacks in life. It does not mean the end of the road, but a gentle reminder that you should make a turn.

When a problem arises in life and you are unable to solve it, why not pause and think whether there is room for manoeuvre. Perhaps using another approach or taking another path might make things easier.

But very often, we tend to trap ourselves in the abyss of misery and go round and round in the same spot. Setbacks do not mean the end of the road. They just mean it is time to make a turn.

Change your mentality, and so will your attitude change;

Change your attitude, and so will your habits change;

Change your habits, and so will your character change;

Change your character, and so will your life change.

Be grateful in prosperity, and cheerful in adversity.