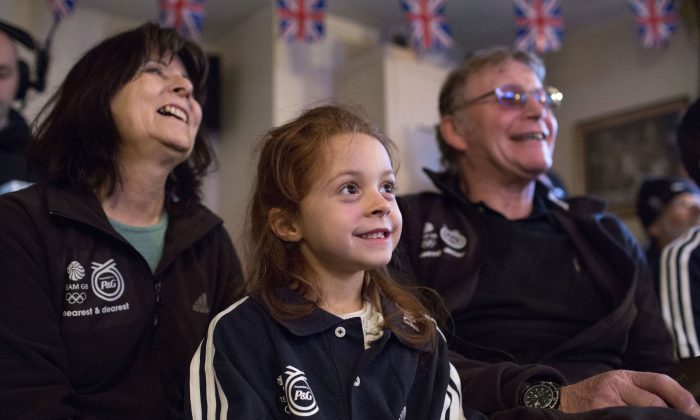 The 2016 Rio Olympics are underway. The very best athletes in the world have descended upon the city for their chance at Olympic gold.

Tune in to any of these events, either online or via traditional television networks, and just try not to be inspired by the stories of these athletes. They are each so unique in his or her own right, but each drives home similar ideals of strength, perseverance, work ethic, emotional fortitude, and sacrifice.

From a more macro perspective is the equally inspiring realization that the world comes together for these Olympic Games and celebrates this opportunity and accomplishment as one. Especially in 2016, the Olympics sits in stark contrast to the headlines that have dominated the year’s front pages.

Life lessons and inspiration abound in these games and they present a fantastic opportunity to instill some rather important lessons in your kids. Here are ten reasons to watch the Olympics as a family:

Not Everyone Gets a Medal

Unlike most of today’s organized sports or school events, only the very best performers are rewarded medals in the Olympics. There are stories that result in astounding triumphs alongside those that end in heartbreak and disappointment.

Results matter here and the winners earn their medals outright.

Perseverance Is a Requisite to Achievement

The circumstances and back stories that have brought each of these athletes to this amazing pinnacle of achievement are fascinating and, at times, gut wrenching.

The stories of this year’s first ever refugee team deserve special attention. In spite of harsh living conditions, previous injuries, previous disappointments, and so on. here these athletes are. Throughout their lives they haven’t given up.

You don’t just wake up one day, try your hand at, say, volleyball, and discover you’ve got Olympic-caliber skills. Ha, no.

While most Olympic athletes are born with inherent talent and advantageous physiques, cultivating their talents to this level of achievement requires the dedication and hard work only an elite group have the stomach for.

These are athletes who have mostly forgone the expected routes of traditional schooling and 9-5 jobs, missing out on experiences like prom and playing with their friends. The level of excellence and subsequent rewards, however, surpass what would otherwise have been possible.

Support From Coaches and Parents Is Precious

The most palpable example of parental support so far at Rio is watching U.S. gymnast Aly Raisman’s parents in the stands during their daughter’s uneven bars performance. Wearing their emotions on their sleeves, they nervously squirmed and tugged at one another before jumping up in celebration at the very successful conclusion of the routine. Such a support team that is fully present for their child is quite likely a key component in their daughter’s success.

It Takes Bravery to Step Into the Arena

The focused close-ups on these athletes as they prepare to go for it, regardless of the sport, say it all. Physical ability is only part of the equation. It takes emotional fortitude and an ability to step into the arena and perform despite nerves, worry, and fear. How true for any arena.

Excellence Should Be Celebrated

There are places today where children may get the message that being “average” is best: that keeping everyone at the same level is fair, that there is little benefit to going the extra mile, or that doing work that “isn’t your job” is ridiculous.

The Olympics does not send these messages, but celebrates true excellence.  Hooray!

These athletes clearly do. I wonder what percentage of them have been laughed at for their Olympic aspirations? How many others gave up on the thought that such achievement is even possible? These are all great topics to talk to your kids about.

As you watch, let your children know that the road to Rio was years in the making. Training for years consistently with a singular goal in mind, these athletes have finally made it here. For most, the journey was likely arduous, long, and unsure.

The World Comes Together

Watch the opening ceremonies with your family and feel amazed in the fact that all the training, preparation, and hard work has taken place all across the globe under many differing circumstances—all to culminate here, together.

If you’re not already convinced to direct your family’s attention toward the Olympics, how about the fact that it’s simply fun to do so? We could all use more of that!

Barbara Danza
writer
Follow
Barbara Danza is a mom of two, an MBA, a beach lover, and a kid at heart. Here, diving into the challenges and opportunities of parenting in the modern age. Particularly interested in the many educational options available to families today, the renewed appreciation of simplicity in kids’ lives, the benefits of family travel, and the importance of family life in today’s society.
barbaradanza